Home » TV & Movies » Mumford & Sons on why Delta, which deals with death, divorce, drugs and depression, is their closest-to-the-heart album

“That has always been my kind of level and goal.” 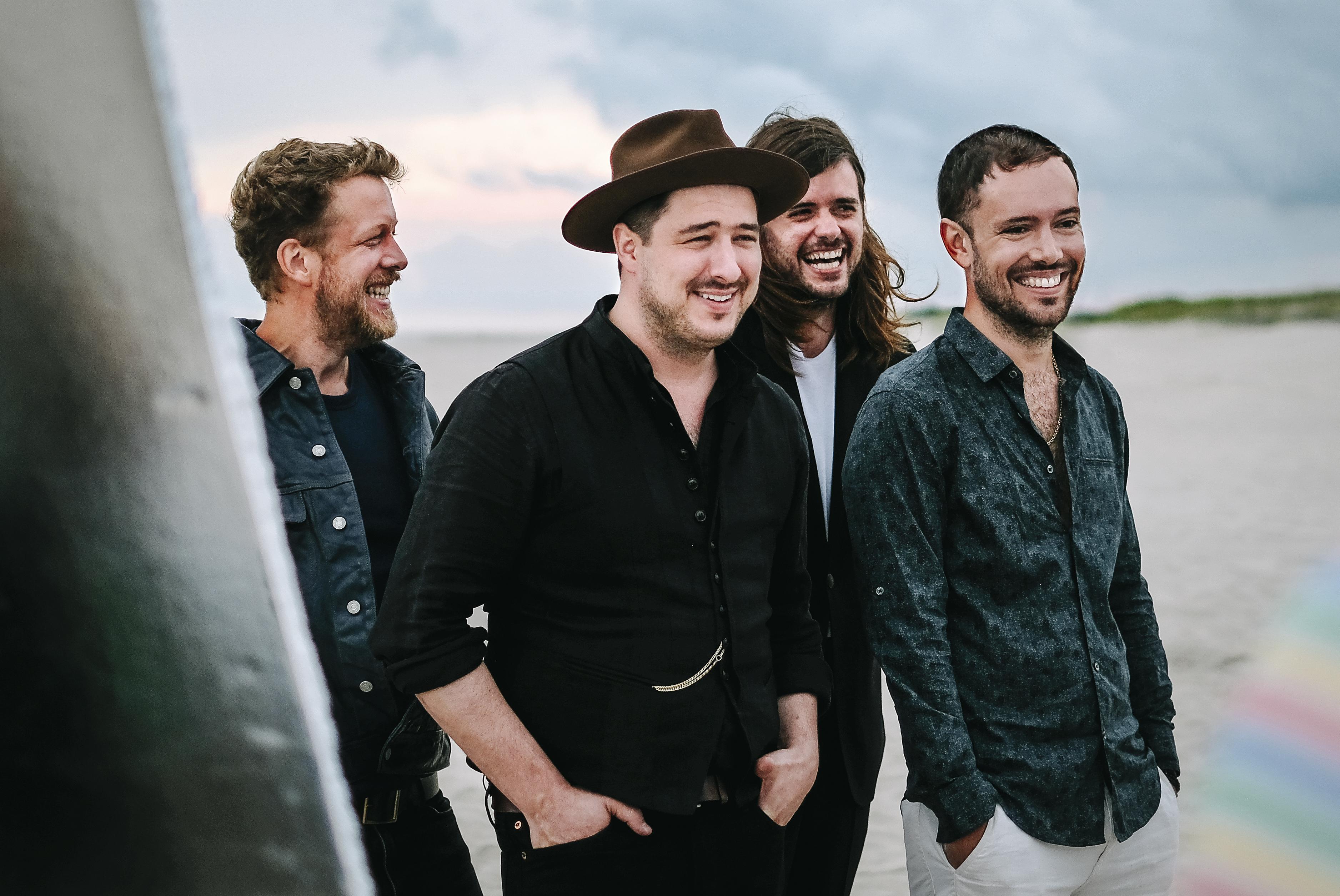 The singer of the platinum-selling, stadium-filling Mumford & Sons is telling how, with the release of their career-best fourth album Delta, there is still more to come from the quartet.

“I feel it’s the start of something, the next chapter maybe. Something happened while making Delta that gave us a new confidence of where we can go.”

It has been ten years since Mumford & Sons emerged with their tweed waistcoats, hats and banjo. In that time they have sold more than 13 million albums globally and won multiple Brit and Grammy awards.

But they regard making Delta as their career high. It has given the band their most critical acclaim to date. Not that reviews should matter to the Mumfords, who have sold out arenas and stadiums, shared a stage with Bruce Springsteen and Bob Dylan and entertained Barack Obama in the White House. 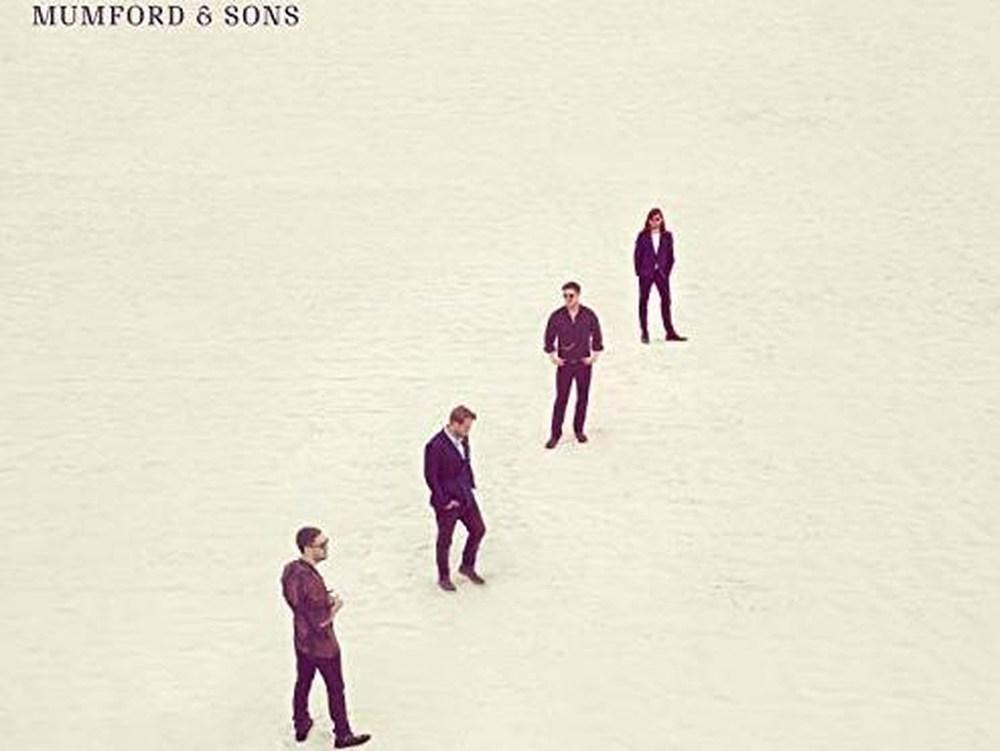 “Delta is an important record for us,” says keyboard player Ben Lovett. “This wasn’t making music just for music’s sake.

“Something tells me Delta is going to be the flag in the ground that sends us off somewhere.”

I meet Mumford & Sons at an East London restaurant owned by Lovett. Only when I arrive, I find three of the band huddled outside chatting with their publicist, waiting for Lovett, who, I am informed, lives the closest.

“There’s always one,” laughs banjoist Winston Marshall, at 30, the youngest in the band.

“Is it too early for a beer?” says bassist Ted Dwane, revealing he was up late in the studio and has a slight hangover.

Mumford, the most guarded of the four in the past, is friendly and all hugs.

Lovett appears in his usual beanie hat and shades and says: “I think Delta is as close to the heart of what Mumford & Sons is all about. 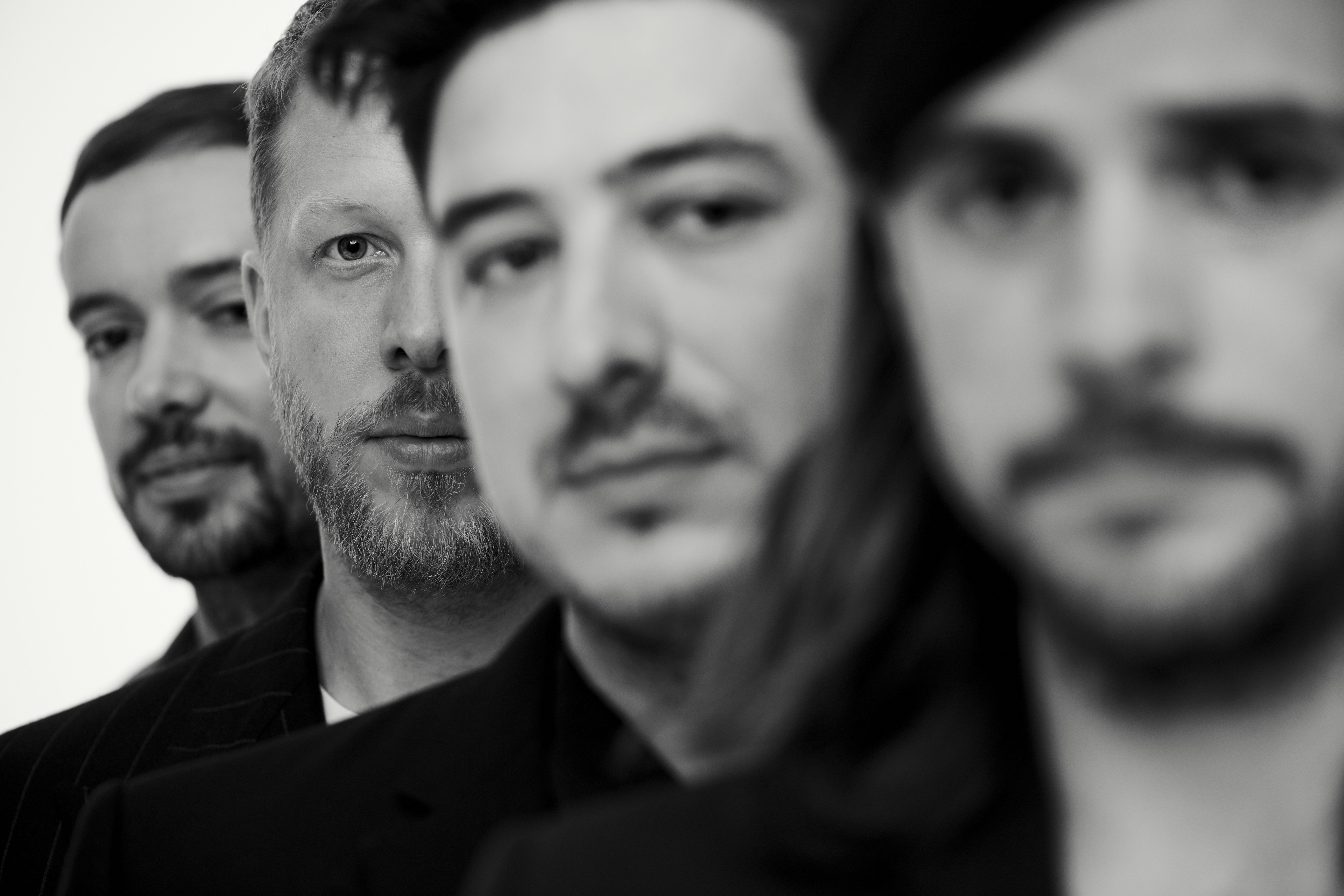 “Rather than being from something that we have been defined by, this feels like what we should be defined by because we’ve put a lot of effort into making this a statement.

“It feels closer than ever to us as people — and is us moving forward. It feels like a bit of a period that is about to begin.

“Our desire has always been to get better at what we do, with our music and our writing.

“We’ve changed quite a lot and I think we’ve grown up. We’ve grown together.

“We are on a wavelength. We are a hell of a lot less naive than we were ten years ago. If you put the four of us now and four of us from back then around the table right now, it would be quite a confused bunch.

“We have different views on the world now and we’ve had to experience some of the heavier s**t that you have to deal with. I don’t particularly wish for that to come back round.” 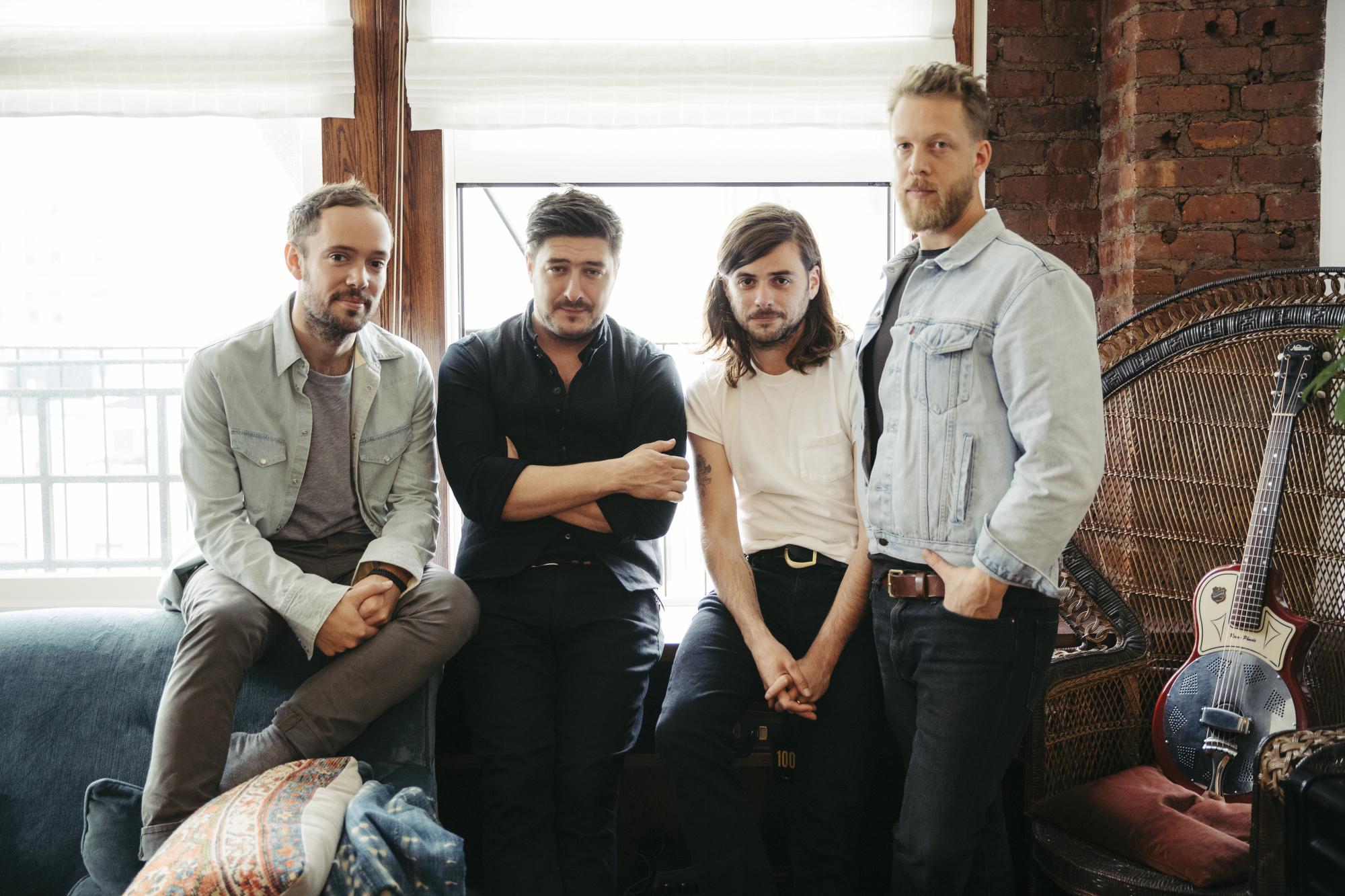 Lovett is referring to what he calls the “shocking divorce” he experienced in the run-up to making Delta. It’s one of the dark themes to inspire the album that have been called the “four Ds” — death, divorce, drugs and depression.

But Mumford says: “That was a misquote — there wasn’t just death and darkness, there was birth, community, mental health and some loneliness too. They just don’t begin with D.”

Lovett says: “We have this incredible in-built instinct for survival. We have a way to persevere through difficult times and cope. That is a huge positive from dark times.”

Mumford adds: “We’ve experienced things over the past couple of years that we hadn’t before.

“It comes with age. I’ve never been in a labour ward before and since then I have been in twice (Mumford has two young children with actress wife Carey Mulligan).

“It felt like the f***ing wild to me. There is so much controlling over nature we can do.

“This influences our writing because we write about our lives — it’s autobiographical. When you have four people’s experiences over a three-year period, you end up with a lot to write about and it can sound quite heavy and melodramatic.” 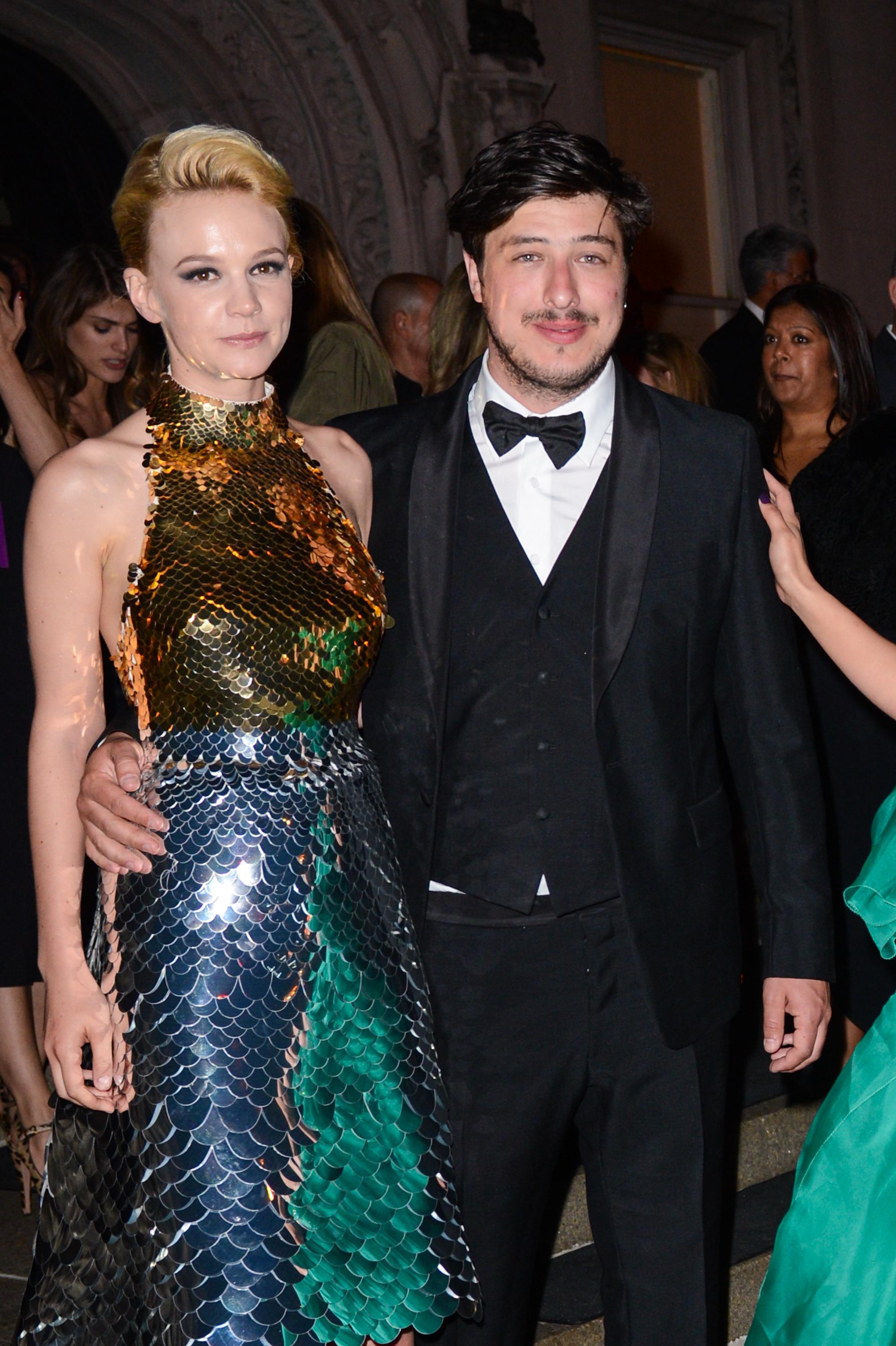 Personal songs on Delta include first single Guiding Light “about being on the giving end” while Picture You is about depression and Rose Of Sharon describes “the world and its curse” in the last year.

I ask Mumford about this lyric and he says: “I’ve experienced more personal things and felt closer to death.

“I was with someone as they were dying — I’d never been through that experience before. It’s very life-altering and ends up being something you’d write about because you’re at your most vulnerable.”

Mumford was deeply affected by the Grenfell Tower disaster, which claimed 72 lives in June last year.

He says: “I saw Grenfell burning outside my window that morning at 6am. It looked like 9/11 and had a deep effect on me.

“Like most people in that area I went down early that morning to try and be a good neighbour. At the beginning, local and central government failed so dismally and still haven’t sorted as much out as they should have.

“One of the lasting legacies of Grenfell is that the community came together. I’ve been privileged to listen to their experiences — it was pretty hard-hitting.

“Now Grenfell United, an association of survivors and bereaved families and the Grenfell Foundation, which is a charity that we are the board of trustees for, have both been set up to help.” 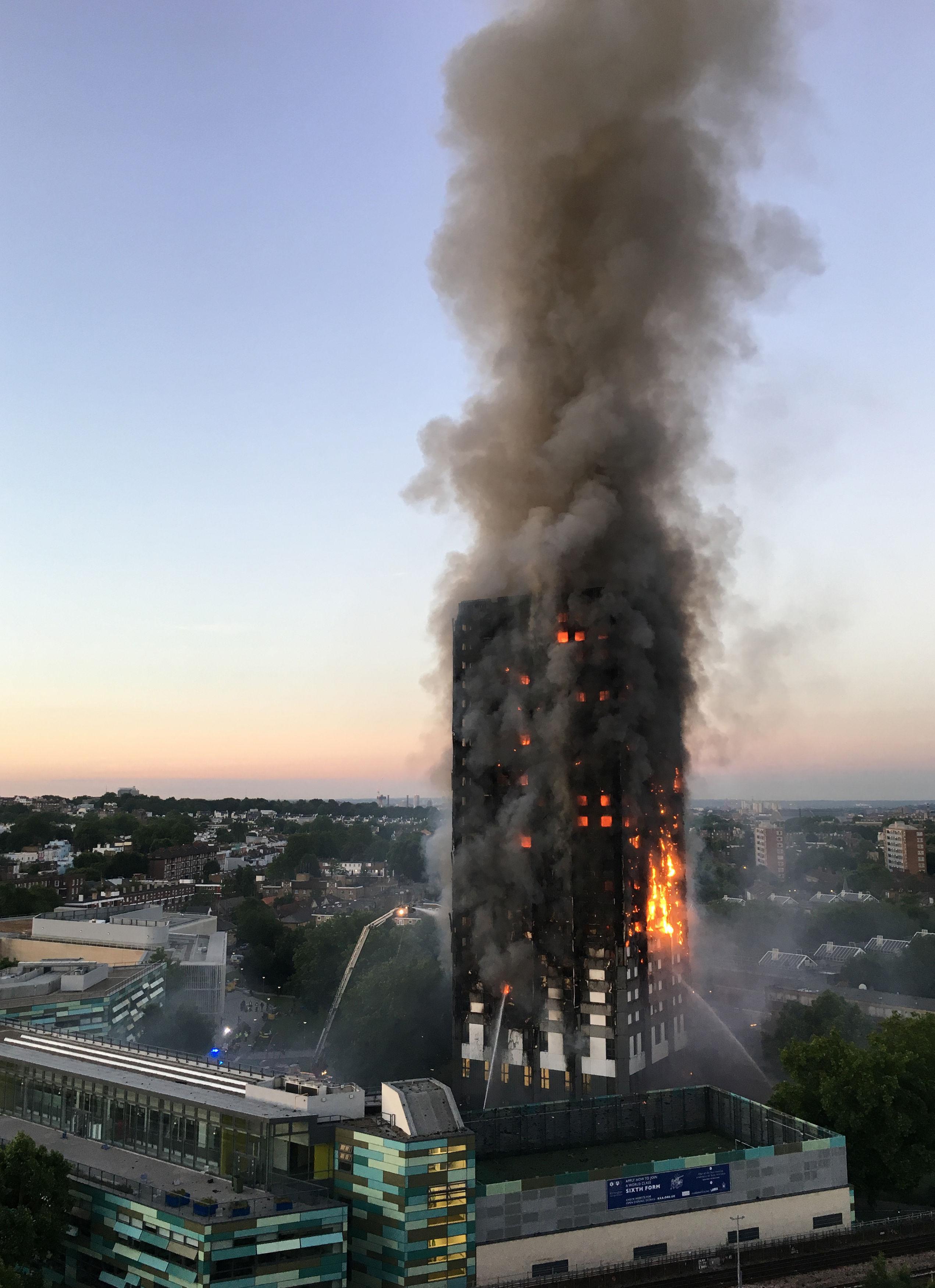 On Delta, the band teamed up with producer Paul Epworth, who has worked with Adele and Florence + The Machine. They say he was perfect for the album, which was inspired by Talk Talk and has a more electronic sound.

Mumford says: “We’d met Paul before and wanted to work with him but schedules never allowed us to get together. He’s become a real friend and like a brother. We spent as much time just shooting s**t as we did recording, to start with.

“He came and listened to 35 demos as we stripped them to just guitars and vocals — we call it the campfire test.

“I think we’ve represented our live attitude more on this record than we have in the past.”

Dwane adds: “He (Paul) had a bird’s eye view on this collection of songs and where it is going to go and end up.

“He has infinite energy so whenever there was a moment where we might be trying to get up a hill and losing momentum, he would just come firing through with some mad idea for a beat.” 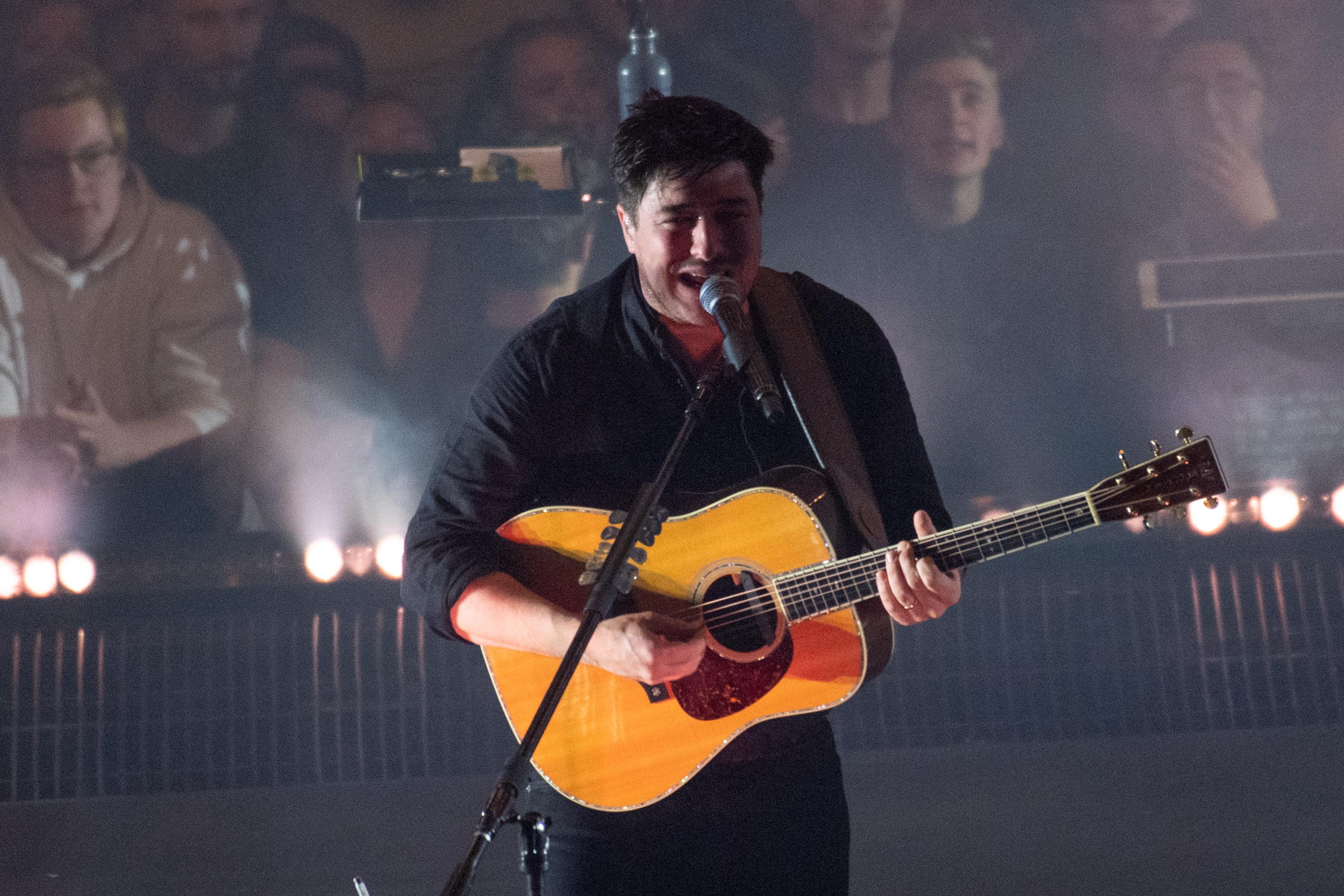 And dabbling with electronica on Delta doesn’t mean the end of the banjo on their records.

Marshall, who is married to Glee actress Dianna Agron, says: “It’s definitely on there,” and Lovett adds: “Playing the banjo is also a skill and using it in a modern and interesting way felt relevant to this body of work. There was no skill not used.”

Marshall says: “I think Paul has really brought out the epicness of songs on Delta which Marcus and Ben are really good at writing.”

One track, the psychedelic Darkness Visible, is a real standout on Delta. Marshall says: “We feel totally at liberty to put songs on the album that don’t even have singing on, like that one.”

Dwane says: “We are always interacting and are people-orientated — that’s how we started.” 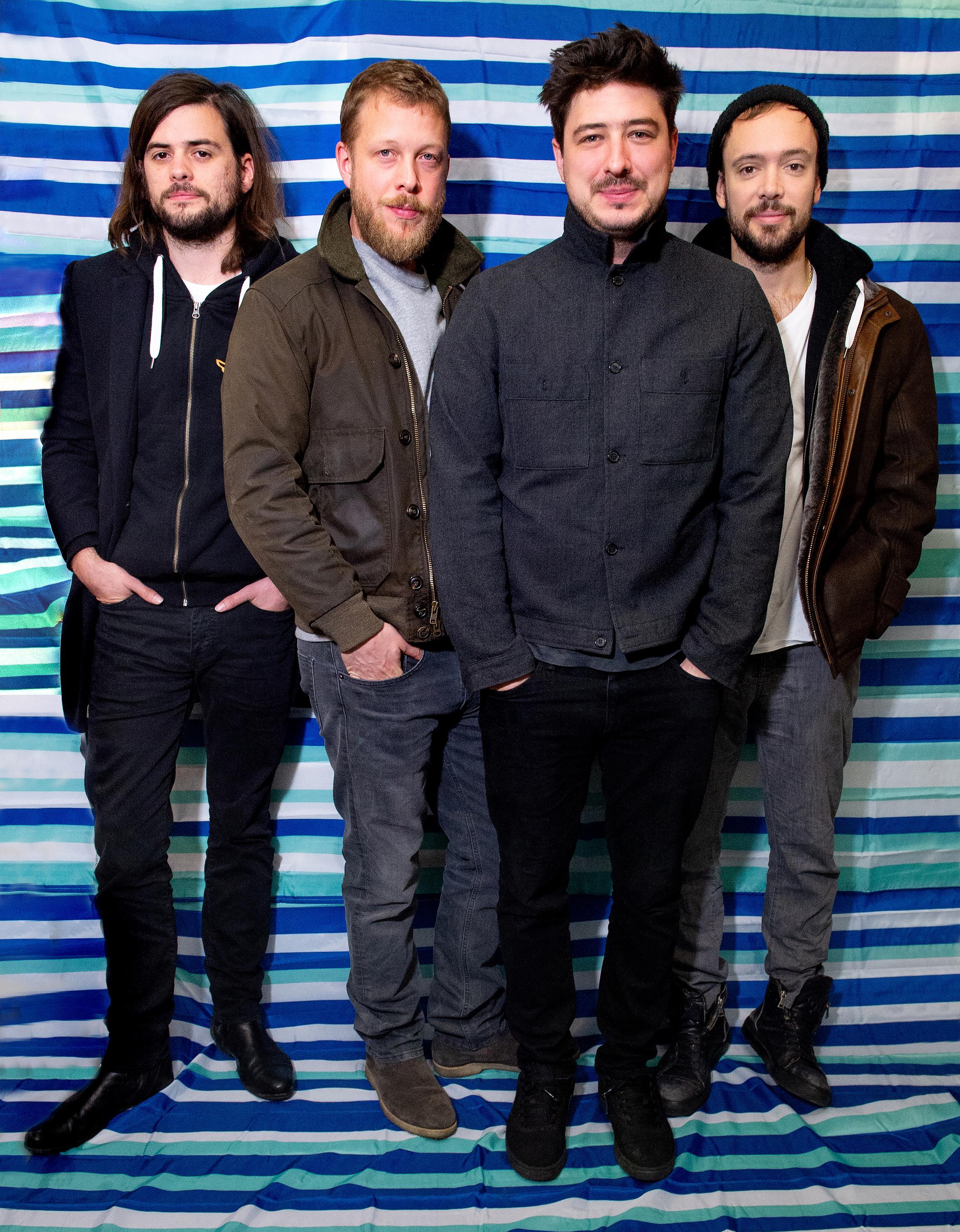 Marshall says: “Friday night in the studio is very boozy, with an open-door policy.

“A lot of our closest friends from growing up and over the last ten years would stop by regularly.

“We also had Mamadou Sarr, who happens to live in Hackney, come in and play on Rose Of Sharon.”

Lovett says: “I was sent a video of Yebba from a friend in New York, so we reached out when we were doing a fundraiser for War Child in New York.

“She is quite a personality and, I think she is going to be greatly successful. She put her vocals on October Skies and she’s amazing.”

The band, who began their UK tour in Dublin last week and play in Birmingham tonight, say this tour is their most ambitious show ever.

But for the first time they will make space in their tour schedule to go back into the studio with Epworth to record.

Mumford says: “We don’t want to tour for three years without thinking about recording. We are halfway through the next record and we are going back in February and April to keep going with Paul. 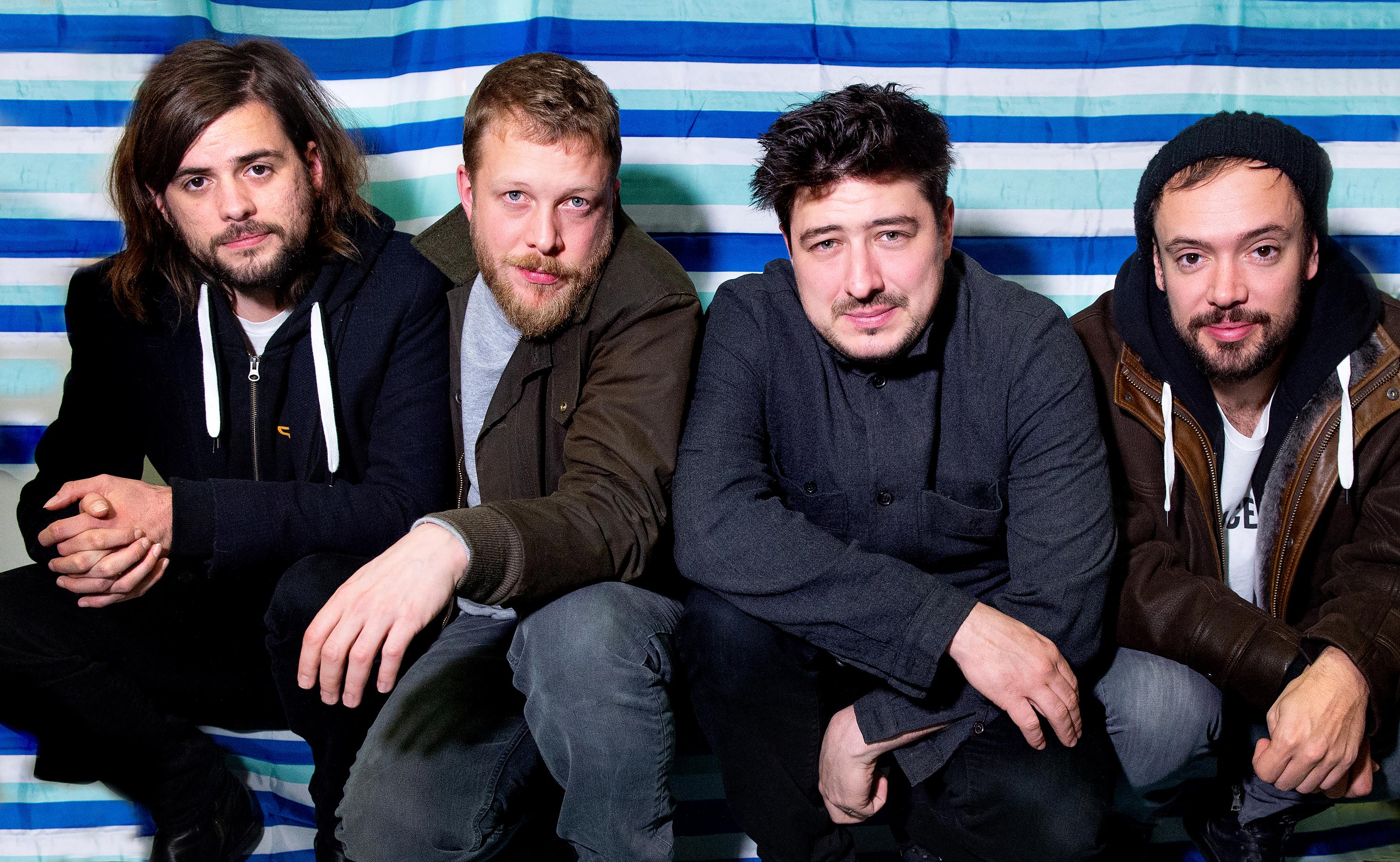 “In the past, we’ve stopped recording and gone on tour for a couple of years, but we want to keep going with this.

“And with my own family we have a rule that we always see each other every two weeks.

“A lot of people on the West Coast of America are really p***ed off with us right now because we haven’t announced any shows there but we need to do things differently this time and anyway we’ve only announced the first six months of touring.”

Lovett, who also works as a producer and runs record label Communion, says: “We all also have separate projects on the go but we are defined by how we almost deal with each other. There is a mutual accountability.

“We are good at respecting each other’s interests but we all know that this is our top priority. Professionally speak- ing, this band is everything.

“And there’s been moments in the last couple of years when the concept of Mumford & Sons has completely faded away and we’ve just remembered that we are mates.”

Marshall says: “This album has definitely brought us closer together, sharing songs and talking about real life. We know each other more intimately than other people who are in our lives.

“We’ve had tough times as brothers, and in those moments, I’ve always found that music is a great reminder that we are friends and we love each other.”

Mumford says: “This sounds quite strange but I really think making Delta is the moment we’ve been working towards from the very start.

“Emotionally and musically we’ve been through enough to say we are starting to become a band now.

“We are just getting the hang of it and it feels great.”

Delta is out now.