Mystery Road (ABC, Sunday 8.30pm) is like the supergroup of Indigenous television drama – pretty much everybody is in it. Unlike most supergroups, however, it's actually rather good.

The talent here is on both sides of the camera. On screen there's Ernie Dingo, Wayne Blair, Deborah Mailman, Aaron Pedersen, Tasma Walton – some of the best-known Aboriginal actors in the game. There's Madeleine Madden, a young actress rapidly establishing herself as one of the key talents of the next generation, and now Tasia Zalar adds her name to that list too.

Off screen, Rachel Perkins, one of the most significant makers of film and television in the country, directs the entire series. It's produced by Bunya Productions, a team that includes Ivan Sen, who created the character of Jay Swan (Pedersen) for the 2013 film Mystery Road and its 2016 sequel Goldstone. The ABC's Sally Riley, who has done so much to bring Indigenous drama to the small screen, is an executive producer.

There's plenty of non-Indigenous talent as well, headed by Judy Davis and her husband Colin Friels (who rather amusingly plays her character's brother) and the always-excellent, though rarely likeable, Anthony Hayes as a cop who just might be every bit as stupid as he appears. 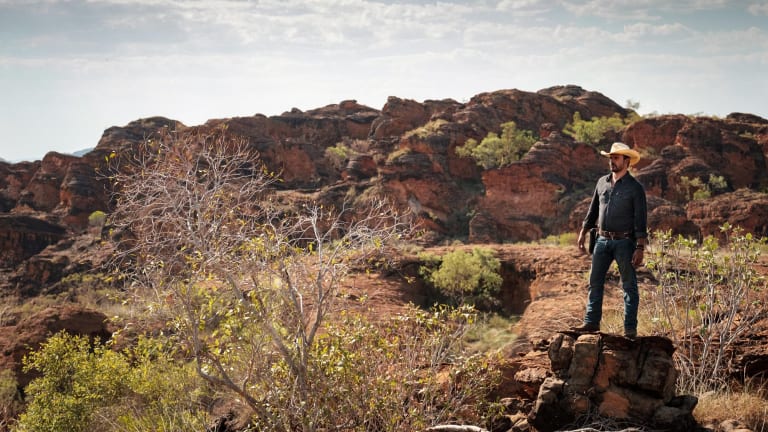 The landscape is a major character in Mystery Road.

It's a formidable package, and it's put to exceptional use in a crime drama that the ABC quite rightly has identified as bingeworthy, even if most people aren't consuming it that way. All six episodes went up on iview on June 3, the same night the first two went to air on TV as a double-header. A week later, each of the first five episodes had been seen online by about 100,000 people, while more than six times that number watched last Sunday's third episode on TV. Whatever your preferred medium, it's well worth catching.

Mystery Road centres on the hunt for two young men who've gone missing, presumed murdered, in the outback. They were last seen checking on water troughs on a massive cattle station in the Kimberley. Drugs may be involved, or maybe it's about sex, or perhaps even water. Almost certainly the case has something to do with the complex web of relations threading through the small town of Patterson.

The local police chief is Emma Jones (Davis), half-owner of the aforementioned cattle station with her brother Tony (Friels). One of the missing men is the nephew of the former head of the local land council, Larry Dime (Wayne Blair), who has spent a decade in prison for raping a 13-year-old girl. Now a grown woman with a daughter of her own, Shevorne (Tasia Zalar) is the girlfriend of one of the missing men. It's that kind of place, Patterson.

Into all this wades not just Jay Swan (Pedersen) but also his daughter Crystal (Madden), followed soon after by Jay's estranged wife (and Crystal's mother) Mary (Tasma Walton). 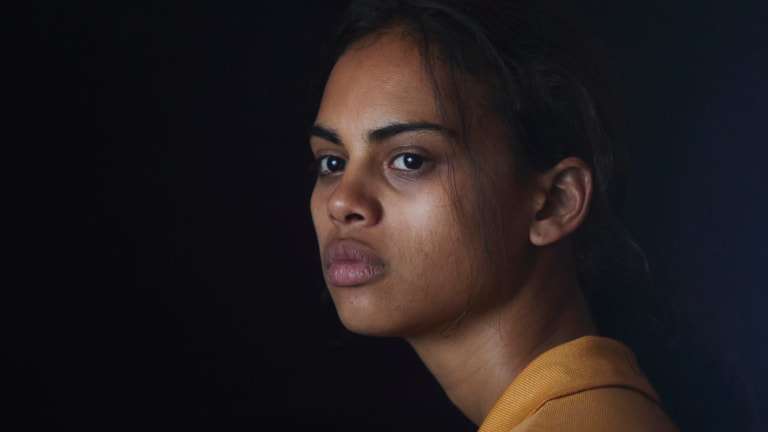 Tasia Zalar as Shervorne, girlfriend of one of the missing men.

I'm not sure anyone will be all that surprised by how things pan out in the end. And I do have some reservations about the way plot points occasionally appear to be driven more by thematic concerns than by logical character behaviour, but a little overreach is forgivable in a drama that has ambitions as grand as this one.

Its scope is almost as wide as the vistas the camera lovingly lingers over, in wide shots from down low or atop a mountain, and from drone shots that map the terrain as flat, endless, dusty and unyielding (a device Sen used to brilliant effect in Goldstone). 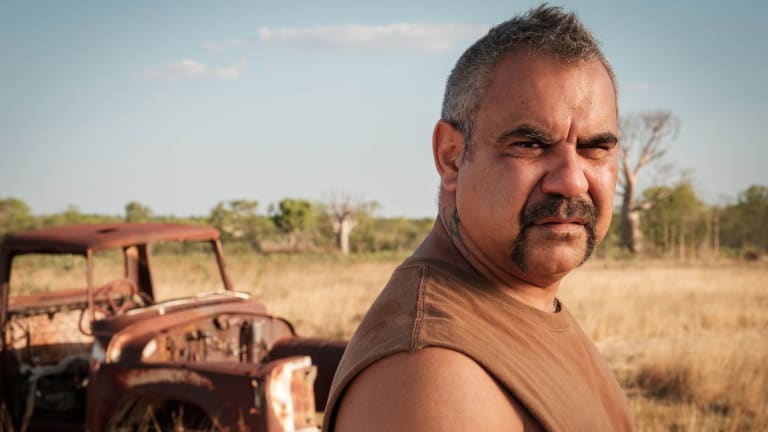 Wayne Blair as the hard-bitten Larry Dime, a man with a dark past.

Ultimately, the "Mystery" here is in how to understand and respond to the terrible things that happen in places like Patterson. And in answering, the "Road" points both ways – back to a dark and barely remembered history, and forward to a tentative kind of resolution.

Rami Malek Steps Out to Promote ‘Bohemian Rhapsody’ in NYC!

Trump says he knows ‘nothing’ about why U.S. Air Force members stayed at his resort

Chelsea Handler Uses Her Bra as a Face Mask