NCIS fans are still reeling after watching Jack Sloane (played by Maria Bello) say an emotional goodbye to leading man Gibbs (Mark Harmon) once and for all in season 18, episode eight. However, the show must go on with Gibbs back in the USA in episode nine, titled Winter Chill, to reunite with the team and pal Tobias Fornell (Joe Spano).

However, in a teaser trailer dropped by CBS at the end of Sloane’s farewell episode, it doesn’t look like the drama is done toying with fans’ emotions just yet.

The synopsis for the next instalment reads: “NCIS dives into the competitive world of food trucks after finding a man frozen to death in the back of one.”

And while this had led to some theories that Fornell could find himself in the frame for murder following his undercover stint at a burger joint, a new teaser trailer hints things will go the opposite direction.

As the trailer for Winter Chill kicks off, fans see Gibbs back in the team’s office ready to tackle the new case. 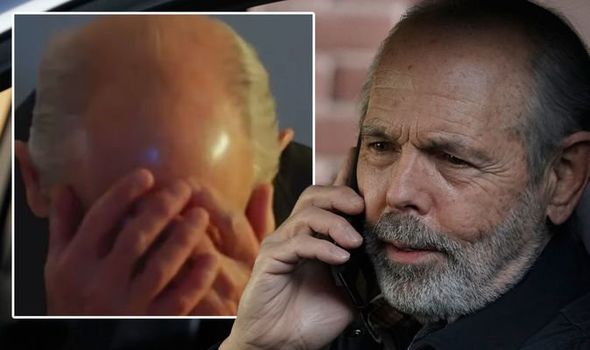 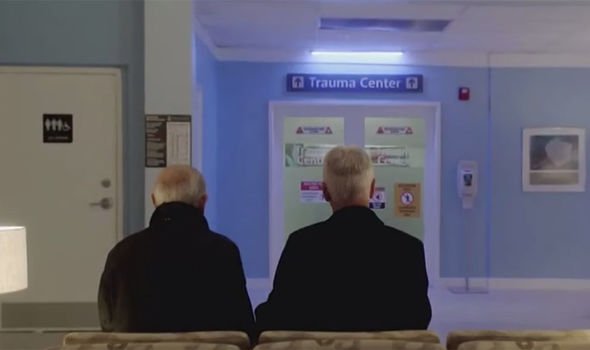 “Buckle up kids, we got a body,” he warns as he grabs his things.

Torres (Wilmer Valderrama) looks relatively pleased to see his boss back and throwing himself into the action following the heartbreak on Sloane’s exit.

The trailer then cuts to Kasie (Diona Reasonover) and Palmer (Brian Dietzen) – with the latter still mourning the loss of his wife earlier in the season.

But despite the heartbreak, Palmer delivers some wise words of wisdom. 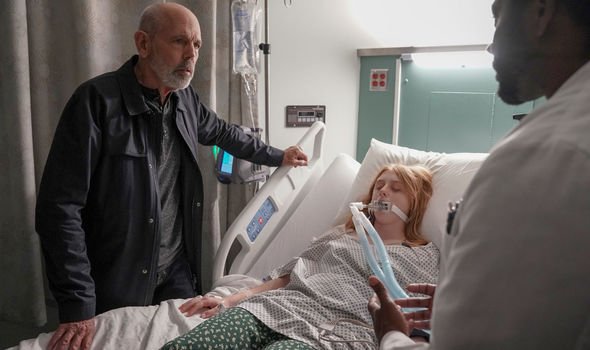 With Kasie clearly going through her own trauma, Palmer says: “The good news is…

“Without the worst of times, we wouldn’t have anything that makes us appreciate the best of times.”

Kasie seems overwhelmingly grateful for her co-worker’s words of supports but it’s during Jimmy’s speech that fans see a devastated Fornell.

With Jimmy’s words ringing overhead, Fornell and Gibbs are shown in a hospital waiting room.

DON’T MISS:
NCIS LA season 12: Deeks and Kensi stars speak out on Hawaii spin-off
NCIS Hawaii cast: Has the cast for NCIS: Hawaii been confirmed yet?
NCIS 2021: Fornell to land in the frame for murder after episode clue

But in split-second shots, Fornell suddenly breaks down in anguish, holding his head in his hands.

The two are also shown to be waiting outside the trauma centre ward in the hospital.

Fornell’s reaction certainly looks like he’s been dealt some truly heartbreaking news – and putting two and two together considering he’s outside a trauma unit, it looks like he may have lost someone close to him.

But who could it be? Well, if fans cast their minds back to the last time Fornell was left in anguish inside a hospital, the truth may lie with his daughter.

In the season 16 finale, Fornell enlisted Gibbs help to track down a drug ring after his daughter Emily (Juliette Angelo) was left on life support following an overdose.

So has history repeated itself and left Fornell’s daughter back on the hospital ward?

Or could it be another person close to Fornell’s heart who’s fighting for their lives in the hospital?

Fans will have to wait until episode nine airs on Tuesday to find out for sure.

NCIS season 18 continues Tuesday on CBS in the USA.

'From dress to venue, I organised my wedding without being able to see'

Play games on this notebook with ease

Apple will not include a charger with its £1,399 new iPhone 12 …that’ll cost you extra