Home » TV & Movies » Do we need another interview show? Absolutely, when it's well done

Do we need another interview show on TV? There seems to be no shortage of them. A quick scan of the available offerings reveals Julia Zemiro's Home Delivery, poised to start its sixth season on the ABC this week. On Channel Ten, the enduring chat-fest that is The Graham Norton Show continues to offer effervescent gatherings of actors, comedians, musicians and TV personalities on its big red couch. ABC News 24 has Jane Hutcheon's more sedate but engaging One Plus One.

Operating in a more specialised arena but also noteworthy is Fox Footy's Open Mike. The half-hour episodes are presented on a set dressed to look like a study which screams Classy Male Domain. Host Mike Sheahan talks to an AFL personality – usually, but not always, a former player – about his life and football career. Sheahan's subjects are often men who don't given the impression of spending much time talking about themselves, especially publicly. 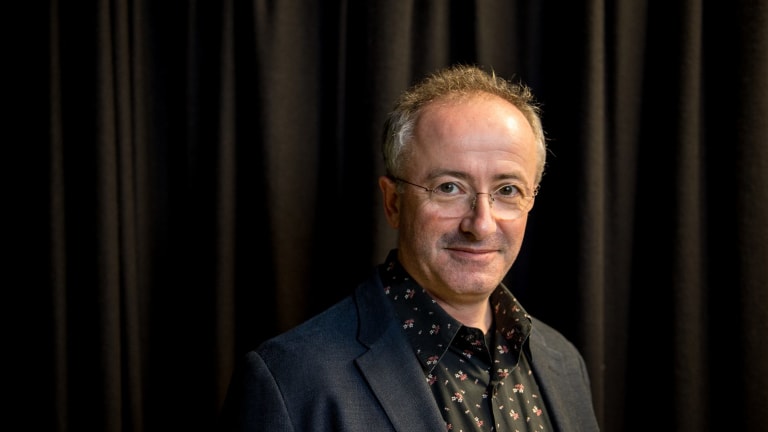 Andrew Denton is back on TV.

But the host's patiently coaxing manner, thorough preparation and understanding of the intricacies of the game and its history help to draw-out his guests. There are insights into how the game is played, into the competitiveness and camaraderie of footy clubs, and revelations about the triumphs and turmoils of individual lives.

Recently adding to the assortment of interview programs, two acknowledged masters of the medium, David Letterman and Andrew Denton, returned after substantial breaks and both chose long-form interview programs as their new vehicles.

My Next Guest Needs No Introduction With David Letterman (Netflix) is a six-part series comprising hour-long episodes focused on a single subject. So far Barack Obama, George Clooney, Malala Yousafzai and Jay-Z have appeared, with Tina Fey (May 4) and Howard Stern (May 31) to come. As the title indicates, Dave's guests are famous; people whose names we know, but also people we might be interested in knowing more about.

The interviews, shot in theatres in front of an audience, are designed to look simple and unadorned, with two armchairs positioned on a stage in front of a strikingly bare wall. No softening embellishments allowed. The focus here, the design declares, is on the conversation. The episodes are, however, punctuated by filmed clips: Malala taking prospective students on a tour of Oxford University as Dave tags along, cracking bad jokes; Dave and George munching burgers.

Letterman's show is strongly flavoured by his "Aw, shucks" manner. He makes frequent jokes about his age and talks about his Midwest upbringing, using it as an early point of connection with Clooney. And he regularly refers to being a dad and family man: it's his opening gambit with Jay-Z and, later, a way to broach the delicate subject of infidelity in an interview where the name of Jay-Z's wife is never mentioned.

The setting for Letterman's show signals a no-frills approach and Denton has also stressed simplicity as a guiding principle for Interview (Tuesdays, Seven, 9pm). "Two people, two chairs, one conversation, no gimmicks," was the promotional line that preceded its premiere.

Denton has justifiably pointed to all the noise in our digital age, to the way communication now comes in many forms but is so often angry, abrupt and abusive. Returning to TV following a five-year break, he's aiming for less heat and more light. He's also indicated that, while it's the marquee names that entice people to tune in, he doesn't intend to be confined to big-name guests: he wants engaging people who have surprising stories. And as viewers of Enough Rope (2003–08) might recall, the audience interviews became a highlight.

Everyone has a story and Denton recognises that. In fact, he relishes it, which is one of the reasons he's good at this job: he's genuinely curious about people. And he has another useful attribute: he listens. So he can ask follow-up questions, rather than simply plowing through a prepared list, as his first question on the first show demonstrated. When swimming-champion sisters Cate and Bronte Campbell appeared, they were greeted by warm applause from the studio audience. Cate remarked that she didn't usually get such a welcome when she walked into a room. Denton then bumped whatever he had planned as his opening question to pursue that line, starting the conversation from an unplanned direction.

Interview shows look easy, but that's deceptive. Doing them well requires skill and practice: solid research and preparation, engaged guests, and a host with charisma, someone viewers look forward to spending time with, but also someone who is witty and quick-thinking, with an ability to ad-lib and to take off confidently in an unexpected direction.

So, do we need another interview show? Well, yes. A thoughtful, well-judged interview program is a TV perennial and the appeal endures for good reason: we're also curious about people and their lives. The more, the merrier.