Netflix is reviving cult ’90s LGBT-themed show Tales of the City with the original cast and some exciting new additions.

Most notably in the form of Oscar nominee and actress Ellen Page.

The original series – which aired in 1993 and aired on Channel 4 in the UK – followed the lives of several friends living in San Fransisco and starred Laura Linney, Olympia Dukakis and Barbara Garrick.

It has now been confirmed that Linney, Dukakis and Garrick will all return for the revival, which will air on the popular streaming service and focus on Mary-Ann (Linney) and her family, with Page in line to play Mary-Ann’s grown up daughter. 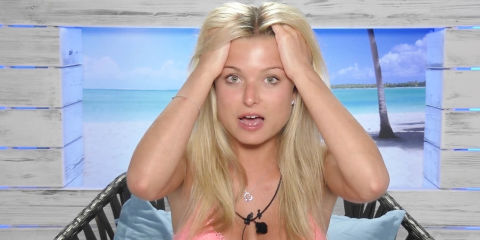 Brough back to screens by original Tales of the City creator Armistead Maupin, the revival will see finds Mary Ann return home to her daughter (Page) and ex-husband Brian in San Francisco, 20 years after leaving them behind to pursue her career.

“I couldn’t be more excited about this new brand-new incarnation of Tales,” said Maupin in a statement (via TV Line).

“It’s set in present-day San Francisco with all the joys and complications that might suggest for the residents of 28 Barbary Lane. Mrs. Madrigal’s tenants, both old and new, will be entangled in delicious new adventures and ever-expanding possibilities for love.”

Alright then, who else is excited?

Armistead Maupin’s Tales of the City is expected to go into production later this year ahead of a 2019 launch on Netflix.

Does Jughead Fake His Death In ‘Riverdale’ Season 4? Fans Think He Might