The new Netflix docu-series about Ted Bundy, Conversations with A Killer: The Ted Bundy Tapes, paints a dark picture of the convicted serial killer, whose deeply troubled psyche led him to carry out an estimated 30 murders in the '60s and '70s. 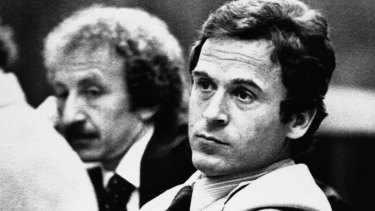 Netflix released the chilling Bundy docu-series 30 years to the day of when Bundy died in the electric chair at Florida State Prison. The four-part docu-series gives viewers a walk-through of his grisly crimes, and features audio from conversations with the killer behind bars.

Bundy is also the subject of a new biopic, Extremely Wicked, Shockingly Evil and Vile, which premiered at the Sundance Film Festival this week. The film, which stars heartthrob Zac Efron as Bundy, has further renewed interest in the serial killer's story.

Netflix's tweet isn't the first instance in which the streaming service has had to tweet a PSA about viewers' reactions to its programming.

Following December's release of the Sandra Bullock thriller Bird Box, fans began sharing videos of themselves wandering around blindfolded doing the so-called #BirdboxChallenge, inspired by scenes depicted in the movie. Netflix responded with a tweet urging viewers to rethink the viral challenge.

Girl, 6, arrested for ‘throwing tantrum’ in school as police officer suspended – The Sun