Netflix has some very exciting news for Sense8 fans.

The science fiction series from the Wachowski siblings and J. Michael Straczynski will be wrapping up with a feature-length finale, and now we know exactly when it will be available to stream.

Netflix thanked fans for their “p8ience” in a series of tweets on Tuesday (April 24) and then shared the big news that Sense8 will be back Friday, June 8 worldwide — that’s less than two months away, people!

Below, you can also see a first-look ‘Together Until the End’ poster for this hugely-anticipated special:

Netflix initially cancelled Sense8 after two seasons last year, but a hugely energised revival campaign led to the streamer commissioning one feature-length special to cap off the show.

Earlier this week, Netflix’s vice president Cindy Holland spoke in detail about why the company chose to cancel one of its most inclusive dramas.

“At some point if you don’t have the viewership showing up to justify the expense of the series, you’re going to want to end it,” she explained. 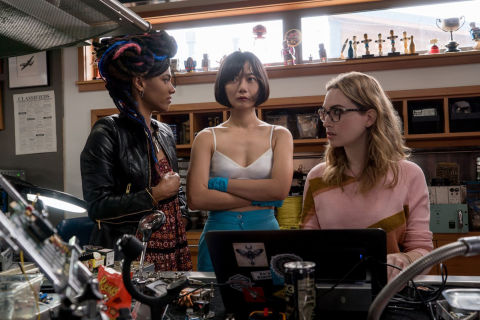 “We’re really pleased to provide an ending for Sense8,” Holland added. “For us, I still take those decisions [to cancel] very seriously when we’re making them.

For the first-look at the Sense8 super-sized finale, please just click here.

Every Magical Detail We Have About Disney's Live-Action Aladdin Reboot

UK hot weather forecast: Weekend heatwave will burn off Storm Edouard – get out the barbie