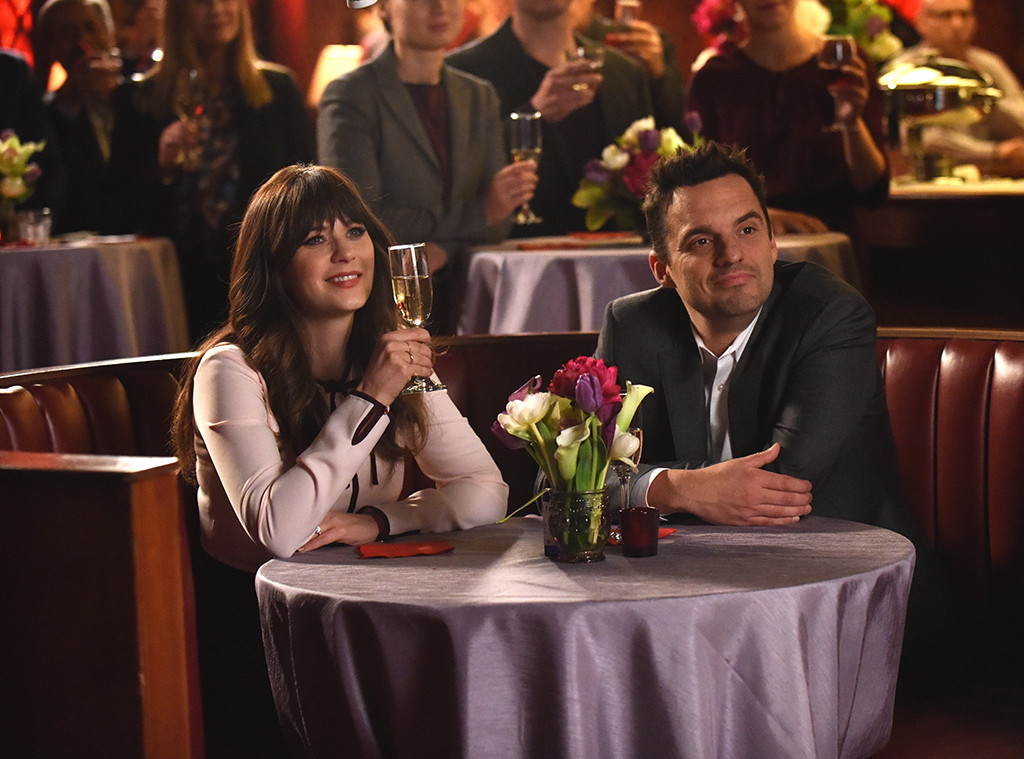 There’s a lot to accomplish during tonight’s hour-long series finale of New Girl.

The show is about to wrap up after seven seasons with one heavily pregnant wife, one loft about to be evicted, and one wedding to get through despite inevitable shenanigans. But there’s also one very important shenanigan to be had, one that creator Liz Meriwether promised us months ago before the final season debuted: the final game of True American.

The game first debuted in the season one episode “Normal” as an intense, complicated, extremely active and completely nonsensical drinking game somehow centered around American history, described by Jess (Zooey Deschanel) as “50% drinking game, 50% life-size Candy Land,” though those proportions were debated.

It started with a call and response of “JFK! FDR!” followed by some shotgunning and hopping on furniture, all in an attempt to get to the king of the castle—the bottle of liquor surrounded by cans of beer. Other than the fact that the floor was lava and you always had to have a beer in your hand, the rules were completely unclear to the viewer, but it seemed as if the loftmates knew exactly what game they were playing. In real life, they had absolutely no idea.

“We always dreaded True American,” Zooey Deschanel tells E! News. “It was like, ugh, god, True American. The first time we did it we made up so much of it. Like, ‘JFK! FDR!,’ that was just something I shouted once. I was like, ‘George Washington! Cherry Tree! Those were just things that were being shouted. And I like American history, so I was like, oh, we can just rattle off a bunch of American history things and make it sort of opaque enough so no one can figure out the rule to this, even though we didn’t know any rules because it’s not a real game, but then everybody liked it so much.”

Like a lot of the show, the game was a nice mix of writing and the cast completely improvising, though it sounds like there was a lot more yelling in True American vs. a regular scene. 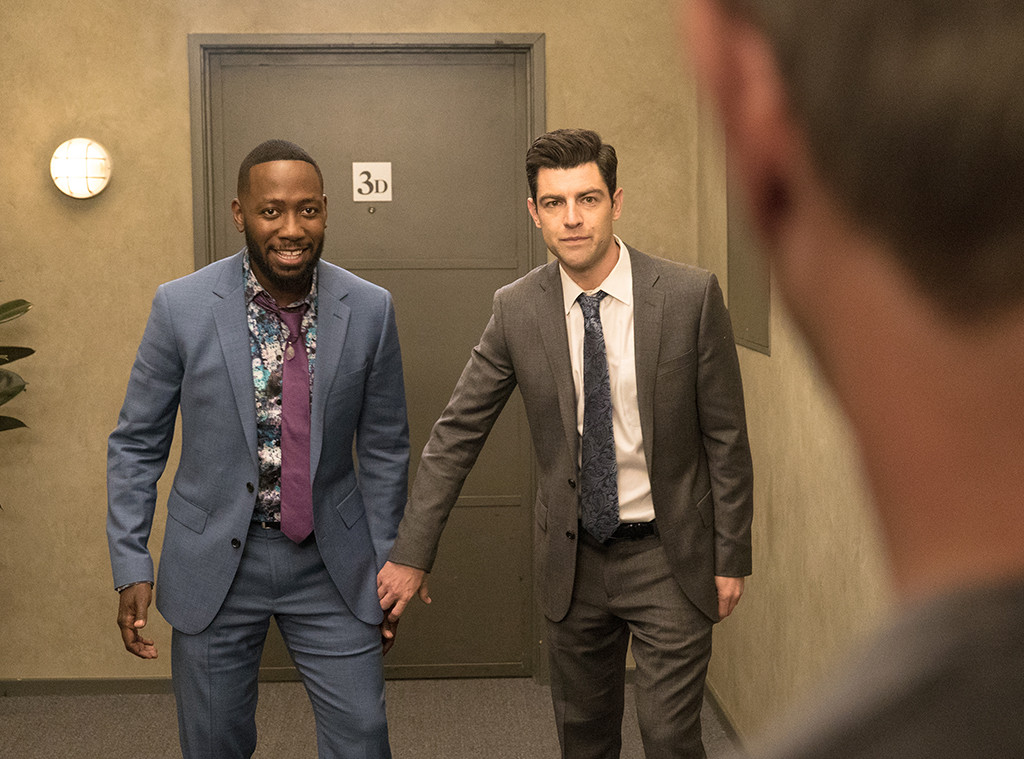 “They’re gonna yell at you to just say things,” Max Greenfield says of the shooting process. “The writers will just be like, OK, now say this, ‘cause it’s all such an editing thing that I think if there’s anything Zooey found difficult about the shooting is it’s just like being barked at…. I think earlier on, there were probably elements that resembled a real game, and then they slowly faded away towards the end, because they realized how to actually shoot it.”

“So it was a complicated relationship to True American, because people seemed to like it so much and yet we had such a hard time shooting it, because it was so chaotic and always took so much time to shoot,” Deschanel explains.

Since True American is not a real game with actual rules, the cast was pretty surprised when they started hearing from fans who were actually playing it (like, uh, this fan right here).

“I don’t have the deep mental understanding that what we were doing in that loft, people were really watching. So for me, that’s just a home movie,” says Jake Johnson. “And then when people started playing, for us it was the weirdest, because we were like, how could you play a made up game with no rules?”

Johnson says it took “a process” to get used to people really embracing the show, and particularly its improvised bits.

“We would be doing moments, and then people will take to them, and you’re like, oh, that’s now a line people like. That was just goofing around in that moment,” he explains. “So yeah, it really tripped me up for a while.”

True American did evolve every time it was played. Stripping was added (“The Clinton Rules”), and a “First Lady Edition” was played before Cece and Schmidt’s wedding. Tonight’s version also has some new show-ending rules, but still manages to be a bunch of wonderful nonsense, which is a great way to describe a lot of this show’s best moments over the years.

Even so, that wonderful nonsense has made an impact beyond just a really complicated drinking game. Young weird women saw themselves in Jessica Day, and girls saw their friendships in Jess and Cece, and we all got acquainted with three guys who grew past the douchebag jar to get in touch with their feelings, their feminine sides, and their love for each other. Gave me cookie, got you cookie!

“You feel it when people come up to you on the street and they’re like, oh my god, I binge-watched 72 episodes on Netflix and you’re like, why would you do that?” Greenfield says. “But they look at you in a way that’s like, man, you had an effect.”

“I know that I’m gonna have a strange career,” says Johnson. “It’s what I want, so to be a part of something that affected a lot of people feels really great. I don’t know if I’ll have that again, so to have something like ‘we played this game that you people did’ feels awesome. It feels like wow, what an honor, like you guys know this show and people care about this show.” 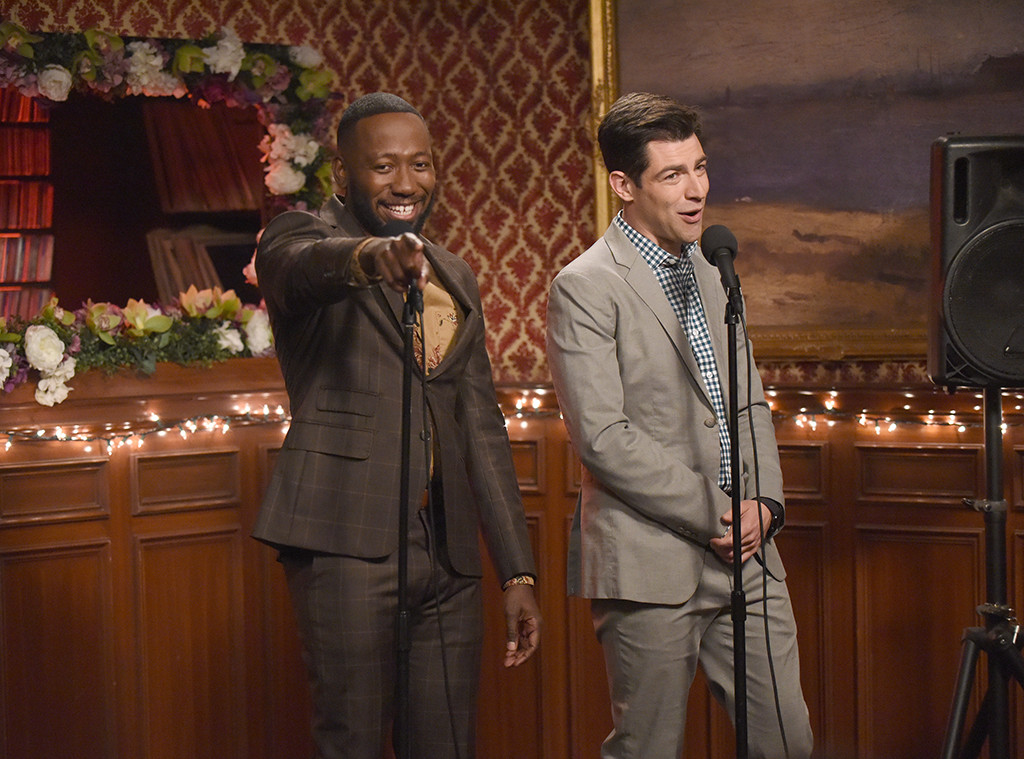 And people have always cared, though ratings have gone down over the years. During the show’s first couple “really popular” seasons, before viewership went from more than 5 million to around 2, Johnson says the response was “really overwhelming.”

“I didn’t like that. Our show was becoming something that I didn’t know what it was, and I started feeling like my life, I wasn’t sure what it was,” he says. “And then our show plateaued, and then we had like a core group of followers. And our fanbase—which mostly skews a little younger and female—I did know. And I like those people.”

Tonight, it’s those same people who may shed a tear when “JFK! FDR” is yelled for the final time

'NCIS' EP Talks Maria Bello's Exit — Will She Be 'Killed Off' Like Cote de Pablo?

Get Pumped — These Adjustable Dumbbells Are 25% Off