Former UKIP leader Nigel Farage will no longer appear on LBC radio station after his contract has failed to be renewed. The broadcaster took to their official Twitter account to make the announcement this afternoon, but fans of Nigel’s and the radio station are not happy about their decision.

LBC wrote online: ”Nigel Farage’s contract with LBC is up very shortly and, following discussions with him, Nigel is stepping down from LBC with immediate effect. We thank Nigel for the enormous contribution he has made to LBC and wish him well.”

Fans flocked to Twitter to give their thoughts on the news and one said: “BIG mistake letting @Nigel_Farage go. His show was one of the few reasons I listened in. Many others will now feel the same.”

“Best broadcaster on LBC…if was forced out won’t be a good look for your station,” someone else remarked.

Another added: “Big loss! Not many who actually speak the truth on LBC anymore.” 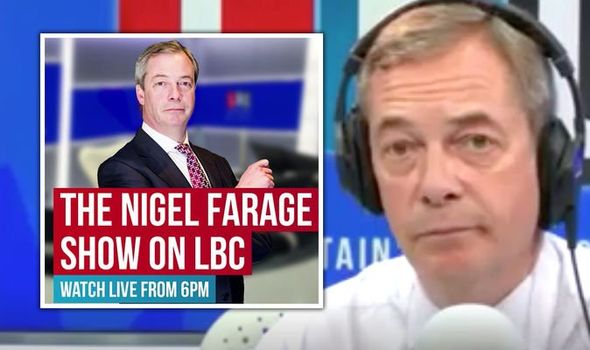 Others suggested TalkRADIO scoop him up: “I hope @talkRADIO can afford him,'” and someone else added: “@Nigel_Farage move over to @talkRADIO.”

However, some were very pleased with the news.

“This is absolutely the right thing to do.  His racist dog-whistling should have no place on a mainstream platform. Fantastic news. Now do Ferrari,” someone remarked.

Another added: “Excellent news – I am glad LBC have seen sense and will not be giving airtime to the hate he peddles.”

A twitter user remarked: “Full-time politicians shouldn‘t be hosting talk radio shows anyway. It gives them free air time and a platform with no-one to challenge them. The practice needs to stop. Put trained journalists back behind the microphone.”