ABC, which cancelled its Roseanne revival over its star's racist tweet, said Thursday it will air a Conner family sitcom minus Roseanne Barr later this year.

ABC ordered 10 episodes of the spin-off after Barr agreed to forgo any creative or financial participation in it, which the network had said was a condition of such a series.

In a statement issued by the show's producer, Barr said she agreed to the settlement to save the jobs of 200 cast and crew members who were idled when Roseanne was cancelled last month.

"I regret the circumstances that have caused me to be removed from Roseanne," she said, adding, "I wish the best for everyone involved."

The revival of the hit 1988-97 sitcom was swiftly axed by ABC last month after Barr posted a tweet likening former Obama adviser Valerie Jarrett to a product of the Muslim Brotherhood and Planet of the Apes.

Tom Werner, executive producer of the original series and the revival, said in the statement that he was grateful to reach the deal to keep the team working "as we continue to explore stories of the Conner family."

ABC said that the new series, with The Conners as its working title, will star John Goodman, Laurie Metcalf, Sara Gilbert and other Roseanne cast members. 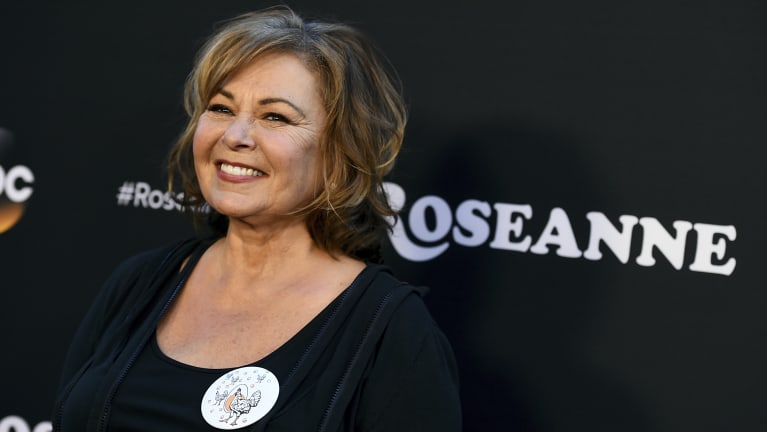 Roseanne Barr was fired after sending a racist tweet in late May.

How Barr's character, the family matriarch, will be erased from their life was left unexplained for now by ABC.

"After a sudden turn of events, the Conners are forced to face the daily struggles of life in Lanford in a way they never have before," the network said in its announcement.

The spin-off will continue to portray contemporary issues that are as relevant today as they were 30 years ago," ABC said, a nod to the show's unusual portrayal of a blue-collar family.

The new show was ordered from producer Werner Entertainment without a pilot episode, the typical basis for a series to be greenlit.

Barr's tweet had been condemned by ABC Entertainment President Channing Dungey as "abhorrent, repugnant and inconsistent with our values." 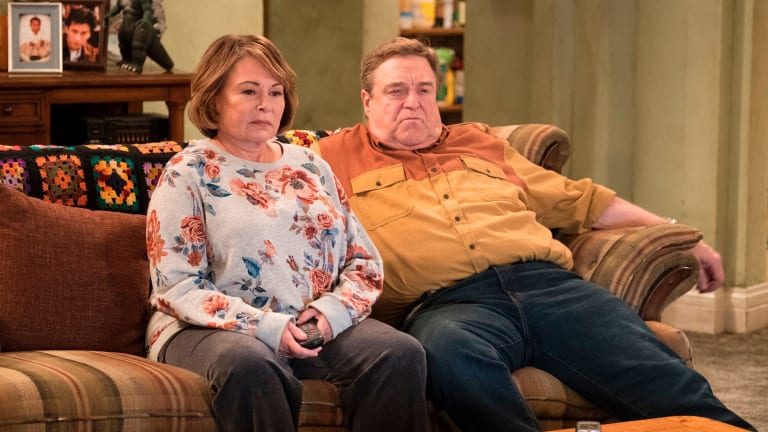 Before Roseanne was cancelled it had been pulling in ABC’s best ratings in 18 years.

Barr initially apologised and deleted the post, which had followed her pattern of making controversial statements on social media. Some observers questioned why ABC had ordered the revival given her history.

But the comedy's return was an instant smash for ABC, owned by the Walt Disney Co., and was counted on to lead the network's fortunes next season.

Its first new episode last March was seen by more than 25 million people in the US alone – numbers that are increasingly rare in network television.

Fashion Nova's very racy swimsuit divides opinion – so would you wear it?

Drew Barrymore Tells Us How to Use Her New Makeup Brushes

Cheltenham Festival: Get a free bet on all ITV races on Wednesday with Ladbrokes – The Sun