Olly Murs has revealed that landing the job of coach on The Voice UK beleaguered his anxiety and resulted in panic attacks.

The singer-turned-TV-presenter rose to fame on The X Factor as a contestant in 2009 and, following a successful pop career, was announced as a coach on rival singing competition The Voice UK in October last year.

However, during a presenting role on The X Factor alongside Caroline Flack in 2015, Olly became the subject of public ridicule after accidentally naming the evicted contestant before it had been publicly revealed — and, as a result, started to suffer anxiety.

In fact, the incident haunted Olly so much that his anxiety about making another mistake on live television resulted in panic attacks about his The Voice UK role, and made him “sick with worry and anxiety”, for which he ultimately sought therapy.

Olly told the Sun’s Fabulous Magazine: “At first [when I got The Voice UK job] I was like: ‘Yes, come on!’ And then a negative thought came in: ‘Why am I doing this? I can’t do it. What if I go and say something bad again on TV? What if I make a mistake?’ So many ‘what ifs?’. 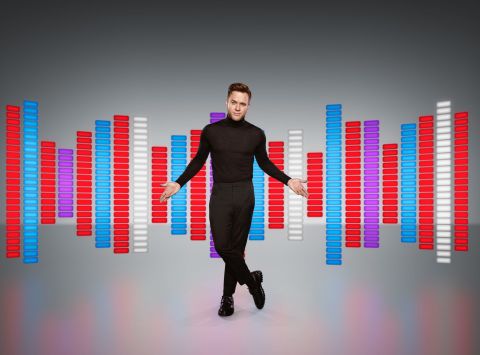 “And I made myself ill, literally ill. Sick with worry and anxiety to the point where I was home for three or four days with sweats, headaches… and I never get ill. I felt really tired and lethargic and hot and my heart was… I was having panic attacks.”

Fortunately, no such blunders presented themselves during Olly’s role on The Voice UK. And, in September, it was announced Olly and the entire roster of 2017 coaches would be back for next year’s series.

The Voice UK begins filming its Blind Audition rounds next month, ahead of the new series premiere on ITV early next year.

The worst Christmas presents to receive on December 25 revealed… so how many made it into YOUR stocking?

Boots sells one of this No 7 mascara every three seconds