Phillip Schofield jokes that the EU 'hates the UK'

With the Eurovision Song Contest just weeks away, This Morning hosts Holly Willoughby and Phillip Schofield spoke to Graham Norton. As the presenter explained he’s looking for inspiration for his next novel, Holly and Phillip said he could find his new story while at Eurovision. Phillip went on to reveal he missed the Song Contest as Europe often award the UK the lowest scores.

“If you need a bit of story inspiration for it, perhaps it could be about a singing competition, maybe when you head to Rotterdam soon,” Holly hinted as they discussed Graham’s next book.

Graham replied: “Fingers crossed! Yes apparently it is happening. I have a flight booked and it’s apparently going to take off.

“Whatever is happening with Eurovision this year, a contest is going to happen. Somebody is going to win and that’s already a huge step up from last year.”

“I miss it, I just missed it so much,” Phillip remarked. “It’s the annual opportunity for Europe to show how much they hate us. I’ve missed that.” 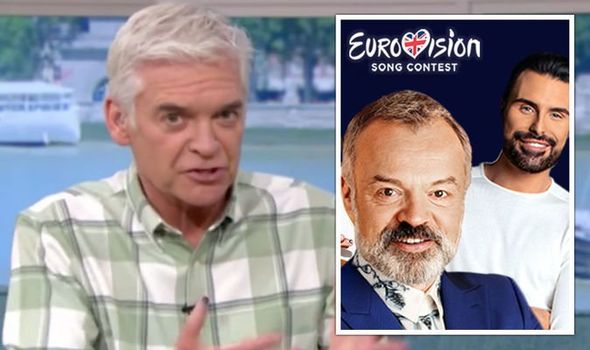 This year Graham will be heading to Rotterdam to present the BBC’s coverage of the Song Contest along with Rylan Clark-Neal, Scott Mills and Chelcee Grimes.

Presenting live from London, Rylan, Scott and Chelcee will oversee proceedings as 33 countries compete for their place in the Grand Final.

The semi-finals will air on the 18 and 20 May on BBC Four, with UK viewers able to vote in the second semi-final on the 20. 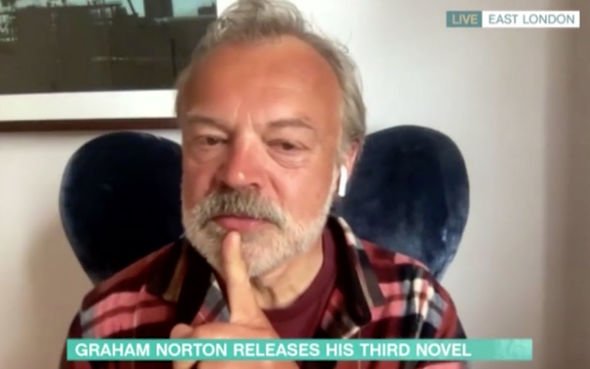 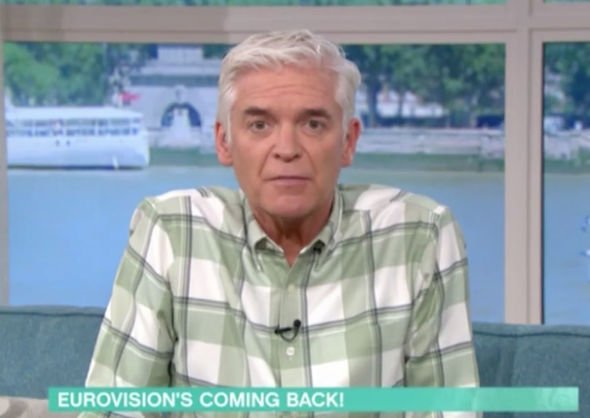 Graham will then provide commentary for the 12th time on BBC One.

After commentating last year on Eurovision: Europe Shine a Light, he will return to his coveted post for this year’s live Grand Final.

Meanwhile, manda Holden will be taking the reins of the Eurovision Spokesperson, where she will be delivering the results of the UK professional jury vote live from London.

It’s been a while since viewers have been able to watch the Song Contest after it was cancelled in 2020.

This year, Grammy-Nominated singer-songwriter James Newman will be representing the UK with his single ‘Embers’, released by BMG after the renewed collaboration with BBC Studios for the contest.

Graham previously said of the planned coverage: “I’m so excited for Eurovision to return, after the past year we’ve had it’s exactly the kind of joy the world needs.

“The UK have a great entry with James Newman and ‘Embers’, it’s a banger and represents everything that Eurovision is.

“It’s arguably the best night of the year and I can’t wait – bring it on!”

Broadcast on Saturday 22 May, James will be hoping he can bring home the trophy for the UK for the first time Katrina and The Waves won in Dublin in 1997.

This Morning airs weekdays on ITV at 10am.

Bella Hadid and The Weeknd Spent the Night Kissing in Cannes