OPRAH Winfrey has called for justice for George Floyd amid the riots over his killing.

The talk show host said her "heart sinks" for "mighty soul" George in a heartbreaking tribute to the 46-year-old, who died after Officer Derek Chauvin was filmed kneeling on his neck. 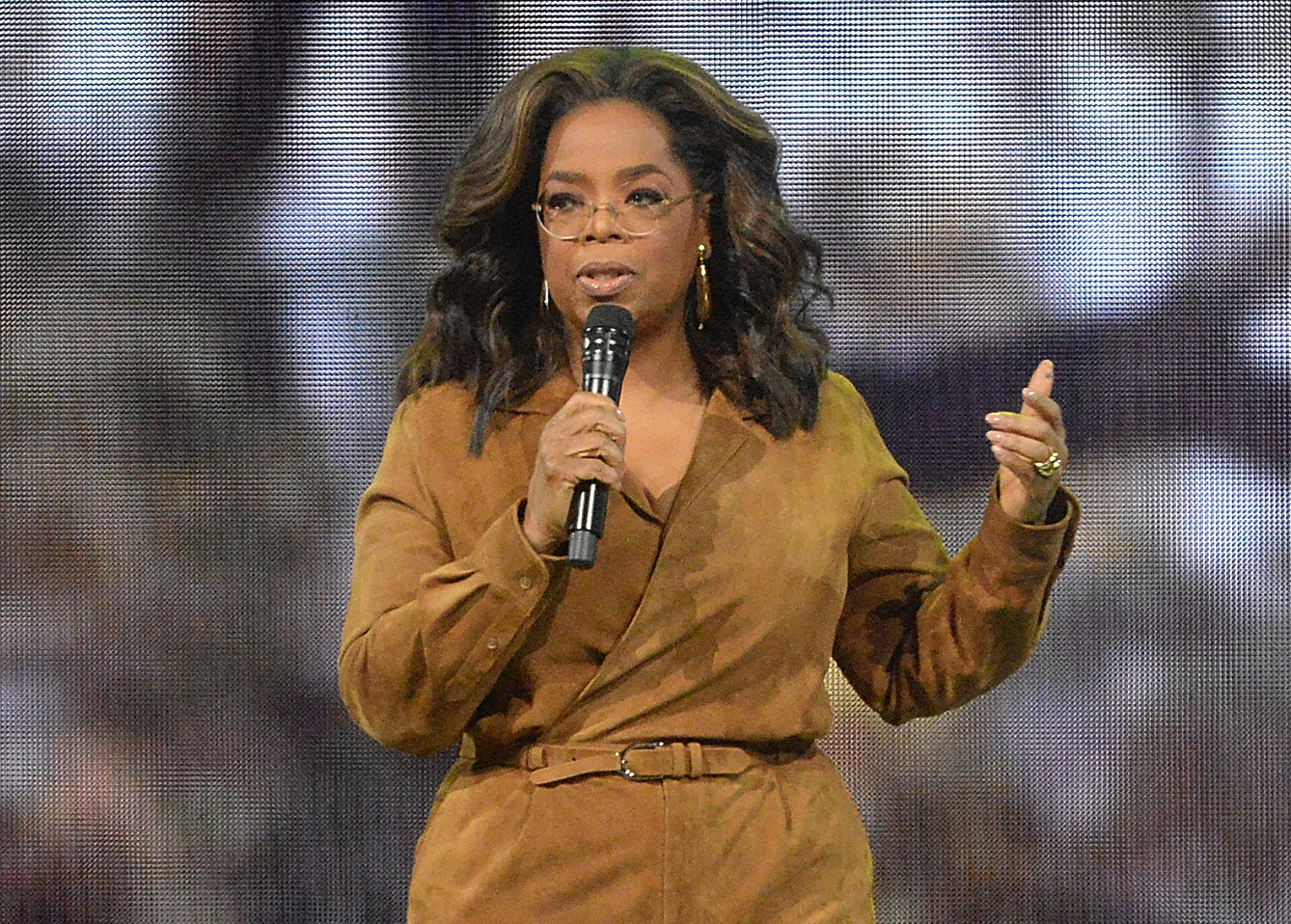 Oprah, 66, wrote on Instagram: "I’ve been trying to process what can be said or heard in this moment. I haven’t been able to get the image of the knee on his neck out of my head.

"It’s there every morning when I rise and when I go through the ordinary duties of the day.

"While pouring coffee, lacing my shoes, and taking a breath, I think: He doesn’t get to do this.

"And now the video from the other angle of two other officers pinning him down. My heart sinks even deeper." 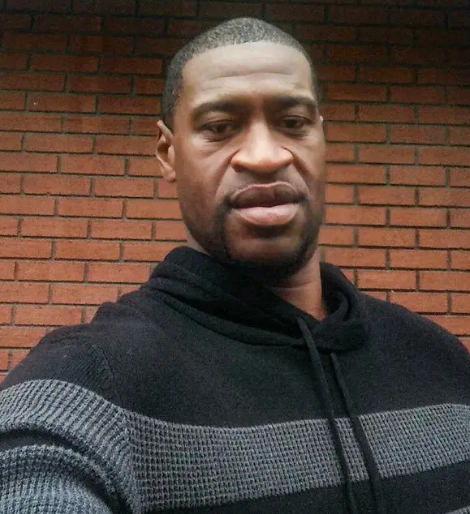 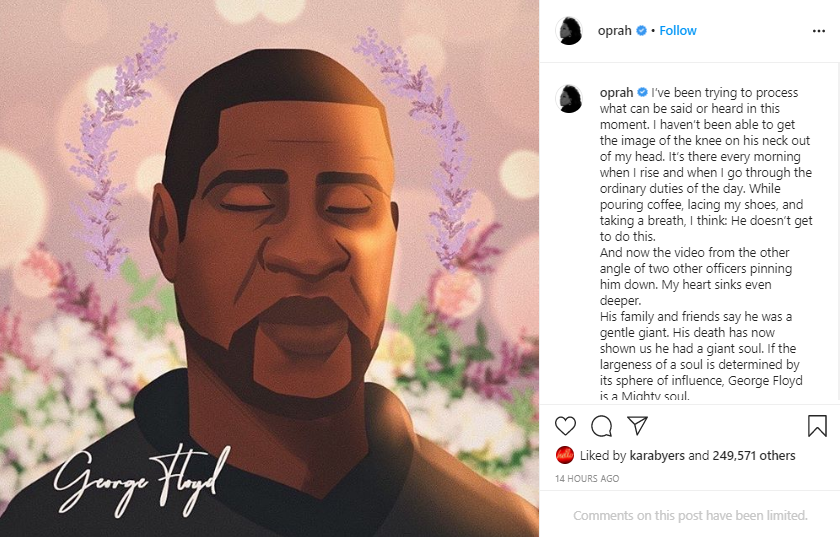 Oprah went on: "His family and friends say he was a gentle giant. His death has now shown us he had a giant soul. If the largeness of a soul is determined by its sphere of influence, George Floyd is a Mighty soul.

"#GeorgeFloyd: We speak your name. But this time we will not let your name be just a hashtag.

"Your spirit is lifted by the cries of all of us who call for justice in your name!"

Anger has been mounting since shocking video footage in Minneapolis on Monday showed officer Chauvin with his knee pressed against handcuffed Mr Floyd's neck as he lay face down in the street after his arrest. 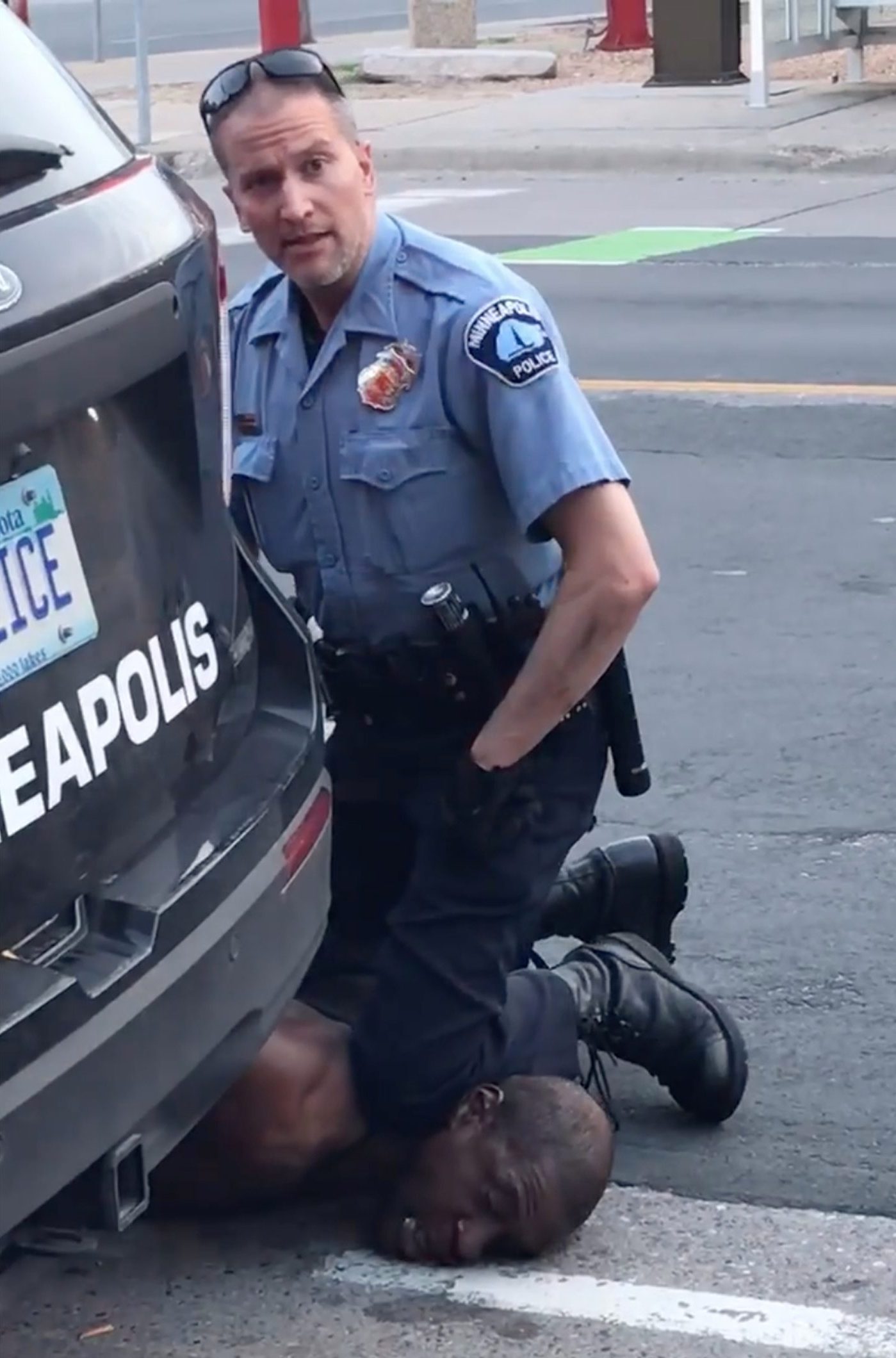 Chauvin, 44, was taken into custody today – four days after Floyd passed away.

The dad has been filmed begging for help and saying 'I can't breathe' while being pinned to the ground.

Chauvin was charged with third-degree murder and second-degree manslaughter in the case, which sparked protests across the US and fires and looting in Minneapolis.

An attorney for Floyd's family welcomed the arrest, but said they expected a more serious murder charge and wanted all the officers arrested. 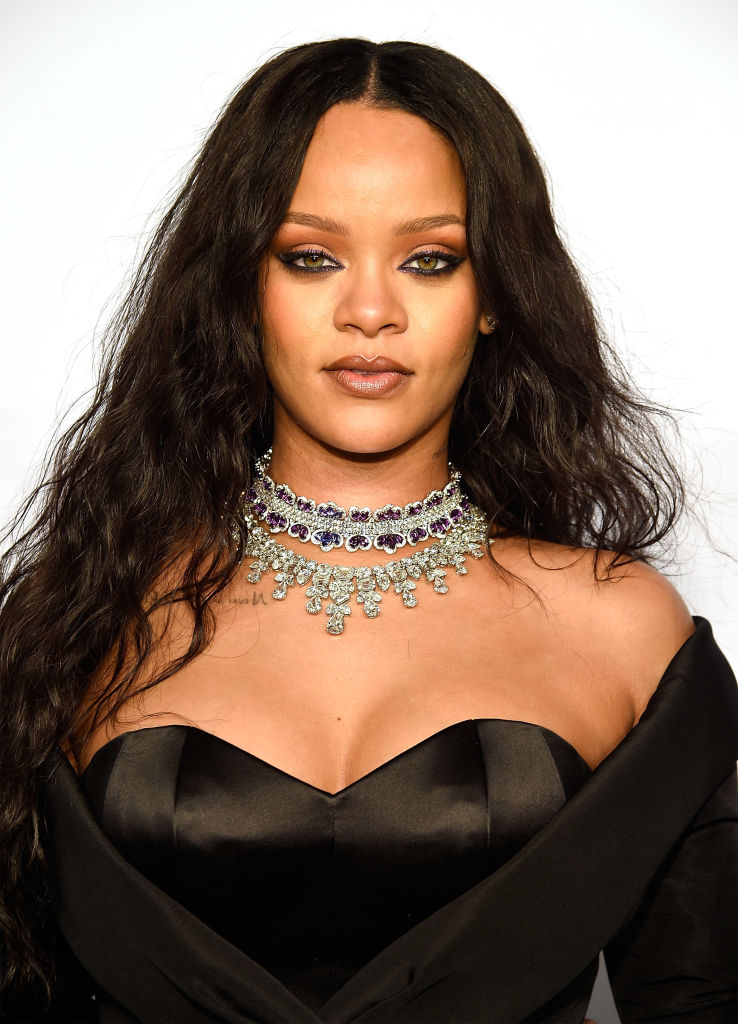 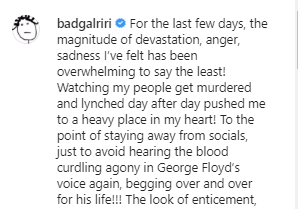 It comes as protests over George's death continue to erupt across the US as the National Guard was called in and the Army put on standby.

Oprah joins a slew of celebrities in protesting against police brutality and calling for justice over George's death.

Rihanna shared a furious statement on Instagram, writing: "For the last few days, the magnitude of devastation, anger, sadness I’ve felt has been overwhelming to say the least!

"Watching my people get murdered and lynched day after day pushed me to a heavy place in my heart! To the point of staying away from socials, just to avoid hearing the blood curdling agony in George Floyd’s voice again, begging over and over for his life!!! 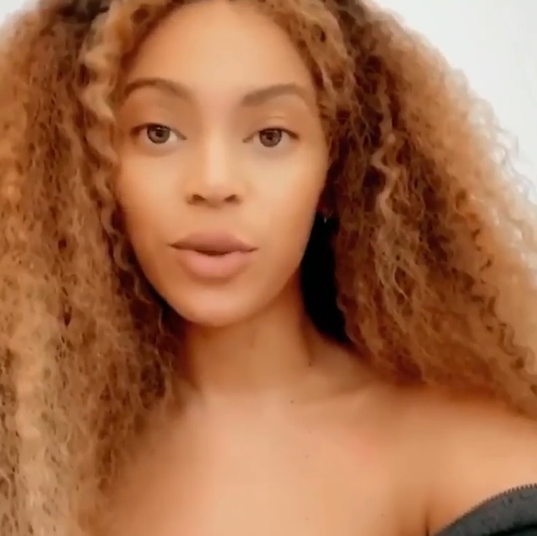 She went on: "The look of enticement, the pure joy and climax on the face of this bigot, thug, pig, bum, Derek Chauvin, haunts me!! I can’t shake this! I can’t get over an ambulance pulling up to an arrest, a paramedic checking a pulse without removing the very thing that’s hindering it!

"Is this that f**king normal??? #GeorgeFloyd #AhmaudArbery #BreonnaTaylor."

Beyonce also shared her outrage, urging her followers to sign petitions calling for the police officers involved in the incident to be charged.

She said in a video: "We need justice for George Floyd. We all witnessed his murder in broad daylight.

She wrote: "If you want to demand more charges brought on all those involved in the death of George Floyd, click the link in my bio to sign a petition."

The Truth About Savannah Guthrie’s Marriage