BBC viewers have followed the story of Georgie Lane (played by Michelle Keegan) for three seasons as she continues to try and navigate her role in the army after her fiancé Elvis (Luke Pasqualino) was brutally killed. Now as she steps down from the role, it may well not be the last viewers see of her. Speaking at a recent press event for the new series, the star hinted she could one day come back.

Georgie sprung back into action last week as she made the brave decision to revisit Afghanistan on tour, despite it being the place her beloved fiancé Elvis was killed.

The medic struggled to get over his death, which will continue to be explored within Michelle’s last season in the role.

She tries to move on by bagging a promotion to sergeant as well as a new role in training new recruits.

Georgie was seen mentoring young medic Mimi (Amy Leigh Hickman) who lacks faith in her ability but is gradually being brought out of her shell by the sergeant. 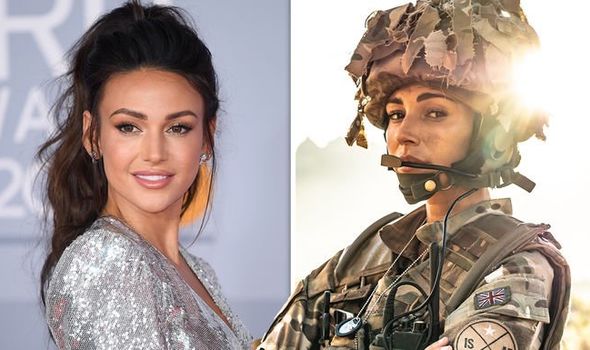 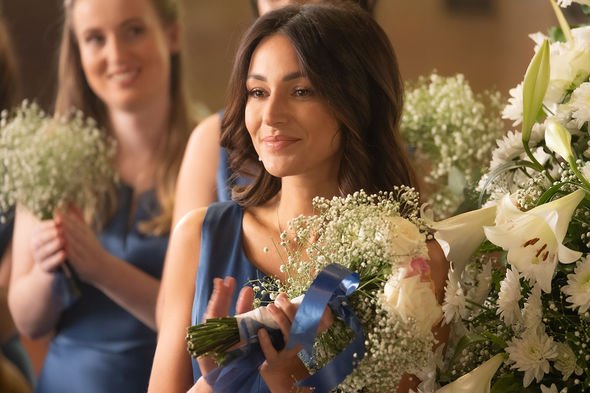 Speaking at a recent screening of the first episode, Michelle was asked whether she would ever consider a return to her much-loved role.

She told Express.co.uk and other press: “You can never say never, I can’t. But it was really, really tough.”

The actor explained her reasons for deciding to leave the show behind and opened up on how the drama had made her “grow” as a person.

Michelle noted: “I’ve done four series and it was just me saying I want to explore other opportunities, that’s it. 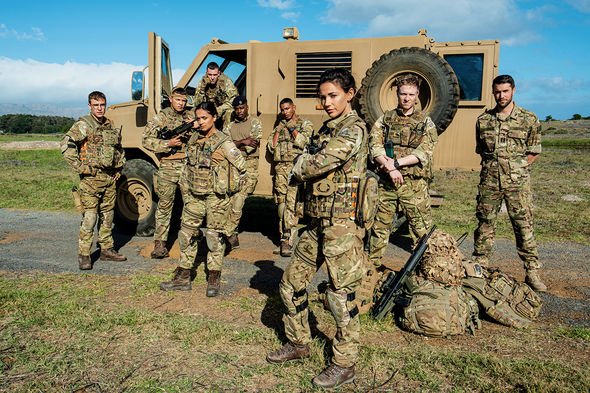 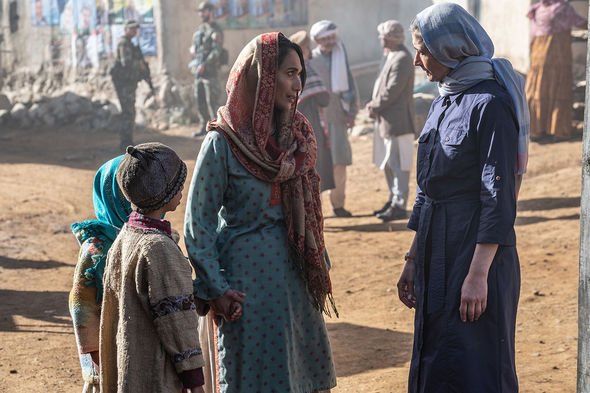 “I love the show so much, this show has helped me grow into how I am now. These four years have made me grow more than any other show I’ve ever done in my life.

“This is the pinnacle for me. I’ve had it’s such an amazing time and I’m very lucky for them to have me on the show, so I’m going to miss it.

However, Michelle confessed she wasn’t sure about who would be stepping into the role after she decided to call it a day.

DON’T MISS…
Our Girl creator details ‘real stories’ behind Michelle Keegan series [INSIGHT]
Michelle Keegan apologises as This Morning interview interrupted [VIDEO]
Our Girl season 4 cast: Who is in the cast of Our Girl? [INSIGHT]

With several names floating around, the star was asked if there was anyone in particular she’d like to see replace her.

She replied: “No one in mind, but, and there’s so many great actresses out there now.

“Well, now they can, you know, step into the role and bring something completely different and exciting to the show,” she explained.

Prior to Michelle’s stint on the show, EastEnders star Lacey Turner played lead character Molly Dawes in the first season.

One of Lacey’s former co-stars has been tipped as the favourite to replace Michelle, in the form of Jacqueline Jossa, who played Lauren Branning in the BBC show.

Asked whether she thought the soap star would be a good fit for the role, Michelle wouldn’t give too much away on her thoughts of her possible replacement.

Michelle admitted: “I don’t know, because you can’t say too much can you? But I just think there’s so many great actresses out there.

“And it’s such a great show to work on as well. Whoever gets the role, I’m sure will be very pleased,” she concluded.

Our Girl continues tomorrow at 9pm on BBC One.

I'm a Shopping Editor, and These Are the 20 Items on My Wish List For October

Michael Douglas says it was 'uncomfortable' sharing Mallorcan home with ex: 'Not a pleasant thing for anyone’

Justin & Hailey Bieber Cuddle Up in the Airport While Leaving Paris