This Morning: Amanda Owen says her sheepdog is her ‘main tool’

The hit Channel 5 show Our Yorkshire Farm follows couple Amanda, 46, and Clive, 67, and their lives on their remote farm, which they run as a family with the help of their nine young children. Clive admitted he was immediately taken with Amanda when they first met.

Talking about the moment they met, when Amanda was 21 and training to be a shepherdess, Clive said: “This six-foot something woman knocked on my door.

“I was very taken with her, you couldn’t not be.”

Amanda confessed: “It was a slow burn thing, we kind of got to know each other, we kind of made friends first and then we went out a little bit together.”

She added: “With us both coming from non-farming backgrounds I think we’re kind of like peas in a pod really, although we didn’t know that at the time.” 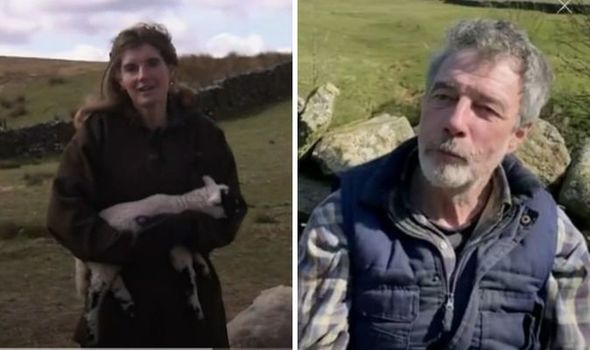 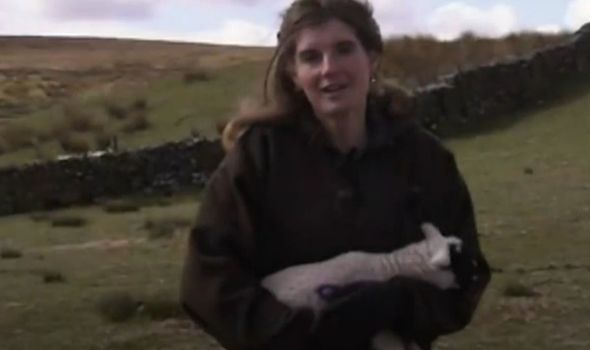 Speaking to nine.com.au about how their children chip in with the farm work, Clive said the couple make it up as they go along.

He said: “With all these kids, with nine kids, if we didn’t do anything we’d just do nothing but look after kids so they’ve got to come with us.

“We take them with us and make it up as we go along, but we get there in the end and they love it.”

The series sees the country couple updating fans on the goings on of the popular farm. 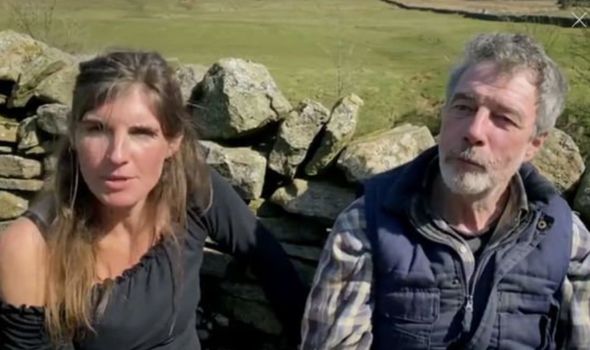 The documentary show, narrated by Ben Fogle, has won the hearts of fans over the years and it has become a British favourite.

The Owens live on one of the most remote farms in the country, and the series is filmed at Ravenseat, which covers 2,000 acres of land.

Last year, some changes had to be made to the show given the recurring lockdowns in the UK which meant some of the kids had to step in and become the camera crew.

The Yorkshire Shepherdess recently revealed how “tough” this was and discussed what is in store from the 2021 episodes.

She said: “Of course, due to lockdown [last year] we had no camera crew coming. So you can imagine, lambing time is obviously our busiest time of the year.

“So not only have we got 1,000 sheep to lamb, I have nine children at home, I also have people in London jumping up and down saying ‘How are we going to cope continuing the programme when we can’t come and film you? Is there any chance you can film it yourself?’

“So [the] last episode was entirely self-shot,” she explained during an appearance on The Lockdown With Phil Reynolds podcast.

“If you imagine the Blair Witch Project with the wobbly camera angles. The children were filming it. It was really tough. It was really hard but we did it.”

It also homes an assortment of other animals. The couple also run a B&B on the farm and cater afternoons teas which are popular with many walkers and passers by tackling the Coast to Coast walk.

It has proved a hit with viewers, with Our Yorkshire Farm raking in an average of 2.3million viewers lately, beating BBC and ITV rivals in the 9pm slot.

Our Yorkshire Farm airs on Channel 5.

Europe making progress, locking down in fight against coronavirus

90 Day Fiancé's Fernanda Flores Is Dating Someone From Bachelor Nation