Starz series Outlander will be returning in just a couple of weeks now. The drama will pick up in the New World with the Fraser family trying to cope in the face of adversity and the American Revolution. Season five could also see a couple of characters travelling back through time due to the perilous nature of the era.

Is Craigh na Dun a real place in Outlander?

Outlander is set in the Highlands of Scotland starting off in Inverness with Claire Fraser (Balfe) and her husband Frank Randall (Tobias Menzies) going to Craigh na Dun to watch a pagan festival.

However, things quickly go awry for Claire as she goes through the stones and ends up in the 18th century while Frank is still in the present.

Through a series of misadventures and an encounter with Captain Black Hack Randall (also Menzies), Claire makes it to the stones.

She quickly realises she has to get back to Frank but is thwarted when Jamie Fraser (Sam Heughan) stops her at the last moment. 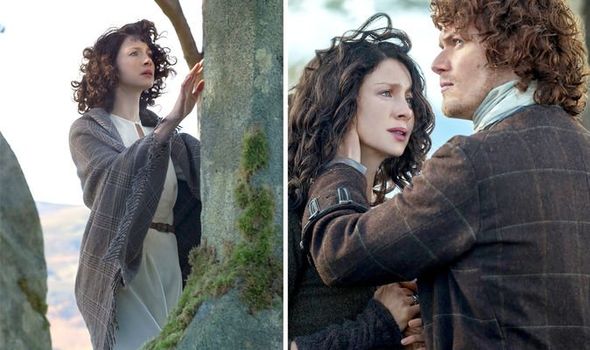 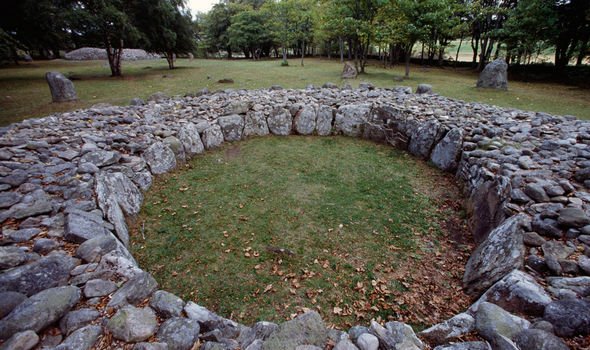 Instead, Claire stays in the past with Jamie after falling in love with the Highlander despite their forced marriage.

By the end of season two of Outlander, Claire goes back through the stones in a bid to protect her and Jamie’s unborn baby.

She spends 20 years in the future training as a doctor and raising her daughter Brianna Fraser (Sophie Skelton), eventually going back through the stones to her true love Jamie. 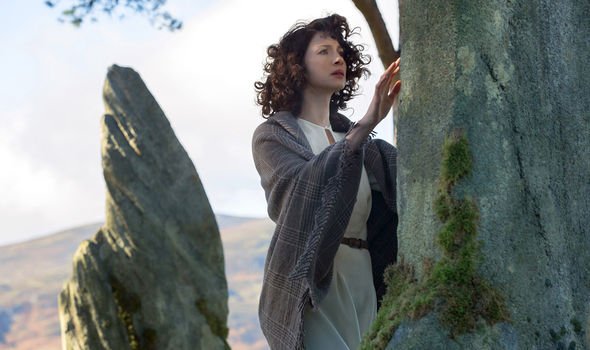 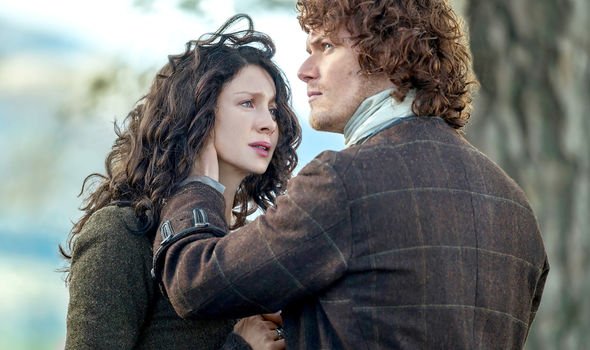 However, there are other standing stones in Scotland and across the UK including Stonehenge.

In Inverness, there’s a formation of standing stones called Clava Cairns which may have inspired US author Diana Gabaldon when she was first writing the Outlander novels.

The Clava Cairns is a cemetery from the Bronze Age and is located near Culloden battlefield.

While it’s not clear who was buried here, the effort required to build Clava Cairns suggests the people laid to rest here were of importance within Bronze Age society.

Until the advent of the Outlander books and indeed the series, it was simply a group of standing stones attracting some visitors.

However, it’s now become a tourist hotspot visited by Outlander fans hoping to recreate the moment Claire went through the stones albeit for a photo.

Like many standing stones, Clava Cairns has been built on leylines or energy lines and during the winter solstice, sunlight illuminates the main burial chamber on the site.

At these times of the year, the whole site is lit up as rays reflect off the stones which reinforces the placing of them in a particular formation.

But why exactly the stones were built on this specific location remains something of an unknown.

There are actually two sites which made up the Clava Cairns: Balnauran of Clava and the smaller site Milton of Cairns which is nearby.

According to the True Highlands blog, the site is dated at around 4,000 years old but from archaeological excavations, the Clava Cairns was used for more than just burial and funeral rites, the site was also used for farming.

The stones are likely to have a part to play in Outlander later on in the series as they are one of the main places where people travel through time.

There are a number of other places in Outlander include a cave in Jamaica and a place close to Fraser’s Ridge.

Outlander season 5 will air on Amazon Prime on February 17, 2020

Monica Lewinsky says she was ‘gutted’ after Bill Clinton labeled her ‘that woman’ in doc: ‘I felt anger’

Everything to Know About a Wedding Band, and How to Build the Perfect Stack