Outlander viewers have already seen a huge amount of drama in the first four episodes of season five. While many of these events have involved various scenarios involving the ongoing war and battle against rebels, this week’s episode saw Brianna Fraser (played by Sophie Skelton) panicking over her son, Jemmy, after he seemingly disappeared.

Brianna was left shaken when she found a silver coin in Jemmy’s bassinet and asked his nanny where it had come from.

She was assured a kind Irishman had called Jemmy a handsome boy and left a coin for him before moving along.

Brianna instantly knew the man was Stephen (Edward Speelers) and began to fear he had returned to take her son from him.

And her concern continued throughout the episode, particularly when she absentmindedly looked away from the tot and realised he had disappeared.

Instantly, Brianna began screaming and running throughout the big house looking for her son. 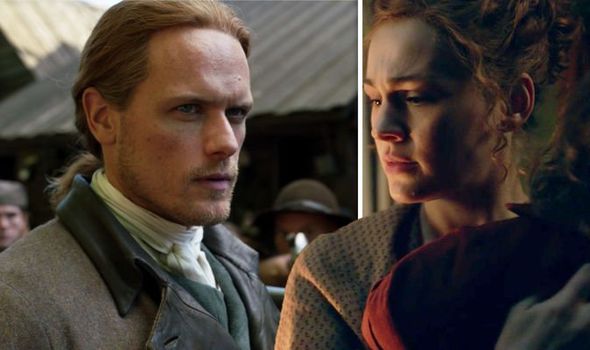 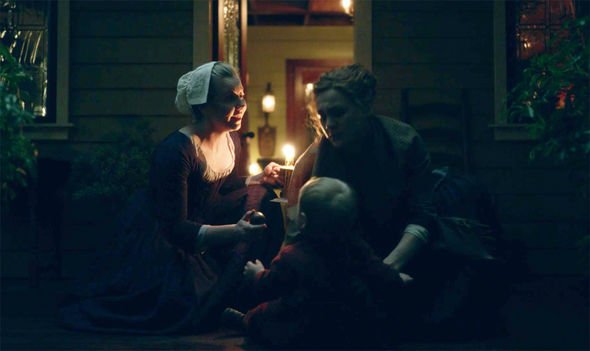 Thankfully Marsali (Lauren Lyle) was at hand to deal with the panic at hand.

After asking her own child about Jemmy’s location, Marsali found the child outside after a door had been left ajar.

Jemmy had simply been searching for his toy and Marsali calmly reassured Brianna no harm had come to the child.

Fans of the show were a little confused by this situation with many asking why Brianna would have left a door open if she was worried Jemmy could be kidnapped.

Reddit user ancientastronaut2 wrote: “You know, that’s what I found odd. Bri was feeling some sort of creepy intuition the whole episode, yet leaves the door open.” 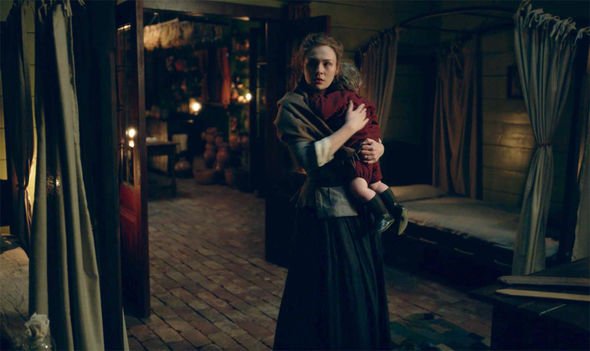 They went on to add: “Don’t mean to shame, but that didn’t seem logical.” (sic)

Another viewer added: “She goes to put more wood on the fire likes it’s cold but the door is open? That made no sense to me.”

Of course, it is worth noting Brianna had a stressful few days worrying about the return of her rapist.

But could this have been avoided if Brianna had simply been mindful of her surroundings and closed the front door?

Meanwhile, fans of the show have been speculating that the potential death of Claire Fraser (Caitriona Balfe) and Jamie Fraser (Sam Heughan) are not completely set in stone.

Reddit user alt-ging recently posted a theory over what could be happening in the supposed obituaries of the characters.

They wrote: “Brianna decided to go through the stones after she finds out about Jamie and Claire’s obituary because she wants to warn them and hopefully prevent their death.

“This eventually leads Roger through the stones after her, and to the birth of her/their child, Jeremiah.”

They added: “I have this working theory that the obituary is fake, and/or they will end up creating a fire to fake their deaths to use as a cover up for when they eventually do decide to return through the stones once they know if Jeremiah can hear them.”

If this is the case, it would prove that Claire and Jamie would eventually move back to the future for good.

Otherwise, could the family be put in some sort of continuous danger which would require them to fake their own deaths or would they simply decide to get away from their quaint little lives without causing too much drama?

Outlander continues Sunday on STARZ and will be available to stream on Amazon Prime on Monday.