Season five of Outlander will see the Fraser family making tough and at times heart-breaking decisions in the new series. The Starz drama will see even more epic action this year as Jamie Fraser (played by Sam Heughan) and his family are thrown into the middle of a war. However, it won’t just be Jamie who will be in the firing line, Brianna (Sophie Skelton) in particular could be in trouble.

Speaking in a behind-the-scenes video from Starz, actress Sophie Skelton hinted she could be facings some grave peril.

She said: “For Brianna this season, the main motivation is Jemmy and really it’s the lengths she would go to to protect her child. So they’re going to be safe at the Ridge – which definitely won’t happen.”

Skelton continued: “I would say, this season is a lot of more action.”

Her words suggest Brianna is going to be facing more danger than ever before. 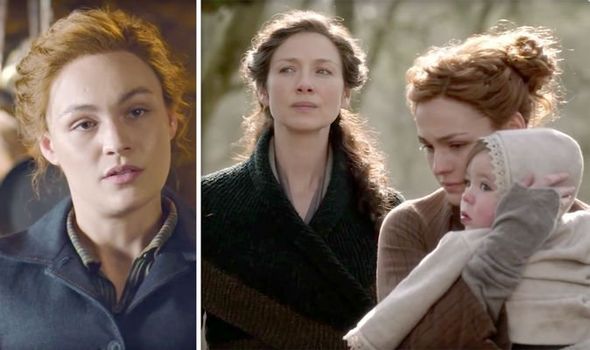 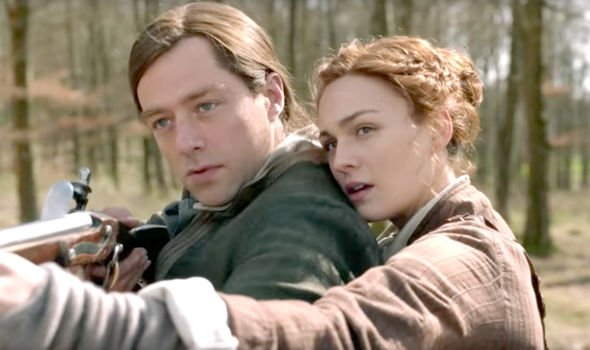 Speaking generally about her character’s conflict between the past and the present.

Skelton told Elle: “It’s one thing playing a character in one time period, but then taking them into another time period where they can’t be themselves, that brings new challenges.”

She went on to say: “Claire, Brianna, and Roger all have to monitor themselves 100 percent of the time when it’s not just the three of them together—they have to change their language, their stance, their demeanor, any references they might make.

“For the character that’s really difficult, but also as actors, sometimes you just want to be in the character’s head…sometimes I might slip in an ‘Okay,’ or something, which Brianna couldn’t say in that time. 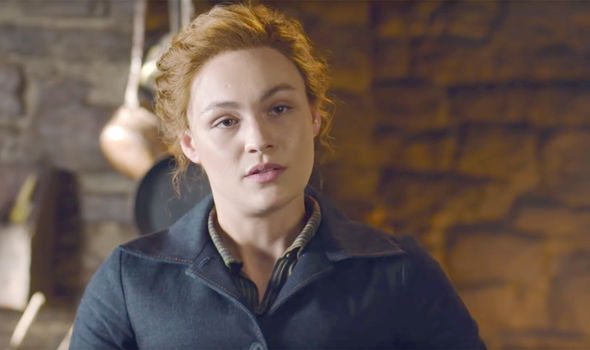 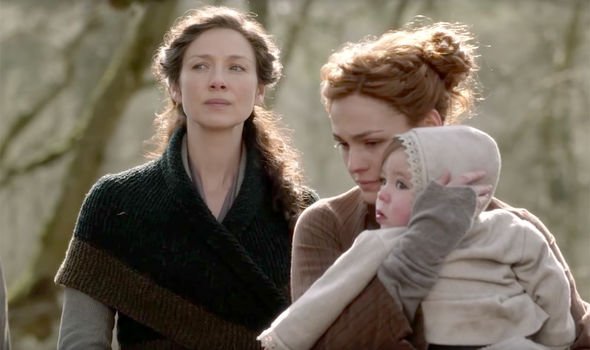 “So you just have to wary of that as an actor and as the character.”

Along with the new danger, there have been heavy hints Brianna could return the present.

In the season five trailer, Jamie has suggested she should escape to a safer era.

Jamie tells a visibly upset Brianna: “It would be safer in your time.”

Mother Claire Fraser (Caitriona Balfe) has expressed her regret at Brianna and Roger MacKenzie (Richard Rankin) coming back to the past for her.

Footage from the drama sees Claire tell Roger: “I hope you don’t stay. It’s safer for all three of you in the future.”

On top of that, Brianna’s husband Roger has also suggested the need to flee from such a dangerous time.

She asks him whether he wants to go back and when he remains silent, Brianna scolds him and says their home is here.

Perhaps only with persuasion from her parents and husband will she finally change her mind.

Season five could also see the return of Stephen Bonnet (Ed Speleers) after he managed to flee from the gallows again.

Shortly before he fled into the night, Brianna revealed she was pregnant with his child and would make sure the baby would be nothing like him.

Bonnet believed Brianna and gave some maintenance to the child. But it’s more than likely he could be back to see his child and even steal the infant from her with Diana Gabaldon’s novels suggesting as much.

Along with the imminent threat of both war and the return of Bonnet, Brianna will still be dealing with the emotional scars of her sexual assault.

She will be struggling not only with the rape but coping with being a new parent in the 18th century.

Outlander season 5 will air on Amazon Prime on February 16, 2020