Brianna (played by Sophie Skelton) and Roger (Richard Rankin) don’t always see eye to eye in Outlander. Fans will remember after they handfasted in season four, they had a huge argument which led to Roger walking off and abandoning Brianna. When she returned to the inn she was staying at, she was raped by Stephen Bonnet (Ed Speelers), with Roger later blaming himself for not protecting her.

But despite everything they have been through, Roger and Brianna’s love has managed to survive.

The latest season saw the couple settle as a family on Fraser’s Ridge before eventually deciding to return to the 20th Century.

However, as they both thought of “home” they didn’t travel forward in time but instead remained in North Carolina in the 18th Century.

Their relationship is currently incredibly strong but when tough situations arise, they aren’t afraid to argue with one another if they disagree. 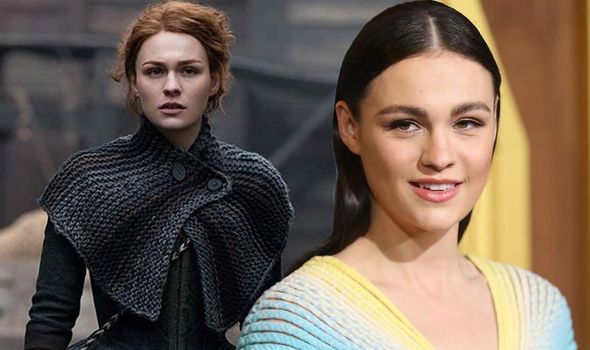 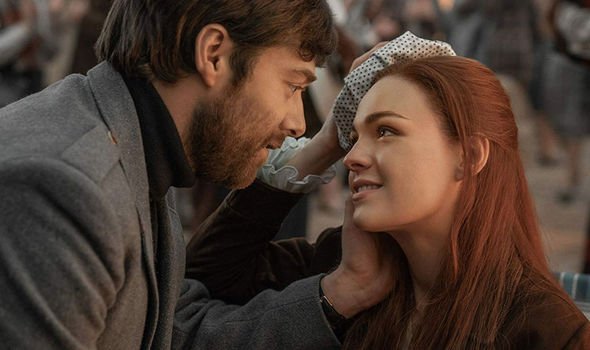 Speaking of Brianna and Roger’s romance, Sophie detailed: “One thing I love about their relationship is one thing the show does so well, it shows you two very different lead relationships.

“With Jamie and Claire you have this beautiful, ideal, love story but with Roger and Bree they show a very flawed, very real version of relationships where you can fall out and handle things terribly and you don’t always act tremendously well.

“But I think this season they’ve really found their feet in their relationship and found a way to grow stronger from their arguments as opposed to growing further apart, which is great.”

Sophie went on to reveal their relationship onscreen is often the same off-screen as she and Richard “bicker” with one another. 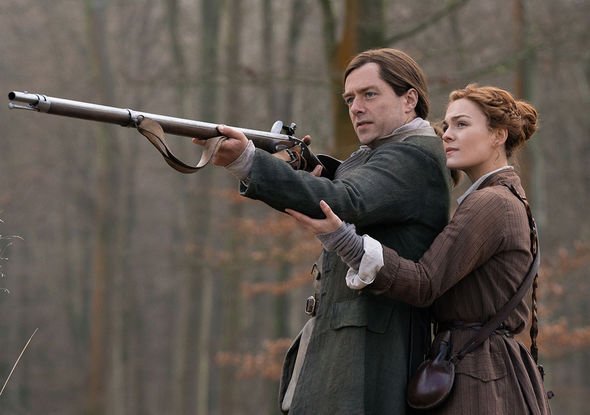 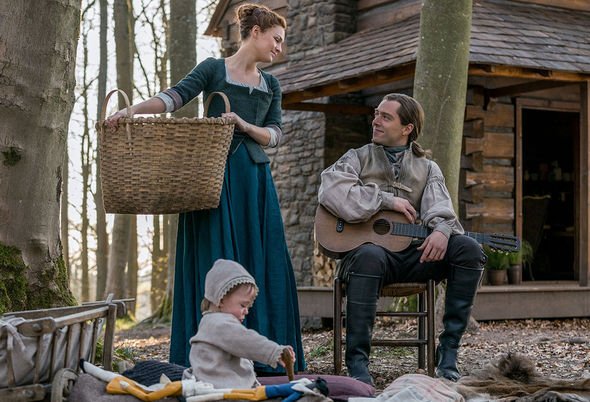 She told Gold Derby: “You know, Richard and I, it’s a very similar relationship off screen, in terms of we bicker.

“We’re kind of like the brother and sister that get on each other’s nerves all the time.

“But I think that’s great because I think that kind of seeps into the screen version where actually you can show that, I’m sure just like in quarantine, people can bicker and get on each other’s nerves.

“But actually coming through it which is the important bit, that’s the bit that shows the strength of their relationship.”

Sophie’s comments come after co-star revealed there was one scene he was practising for which annoyed the cast and crew.

Fans of the Starz series will remember Roger performing at a Scottish festival in season three in which he played guitar and sang.

Keen to make sure the scene was perfect, Richard rehearsed endlessly, much to the annoyance of his co-stars.

He told Entertainment Tonight: “You know what? I drove everyone absolutely nuts.

“I basically spent every minute of every day learning to play that track and it drove the crew nuts, so that was fun.”

Despite getting on their nerves, Richard said he has a good relationship with Brianna star Sophie.

He added: “t was really nice because I think we have a lot of trust in each other as actors and a lot of confidence in working with each other.

“There was never any issues there and I feel that we could really connect.”

Outlander seasons 1-5 are available to stream on Amazon Prime Video.

Kanye West Spent $12.5 Million Of His Own Money On Presidential Campaign

The new and lighter Amazon Kindle is a best-value buy

'Some Good News' Sells Out to CBS, John Krasinski Will No Longer Host