Season six of Outlander may have finished earlier than usual, but all eight of its episodes still managed to pack a punch. As fans buckle down for yet another long period of ‘Droughtlander’ before the next outing hits Starz, main cast member John Bell has opened up about what it meant to portray some of Young Ian’s most difficult moments.

Scottish star John has revealed how he felt after reading Young Ian’s turmoil in the fourth episode of Outlander’s sixth season, Hour of the Wolf.

This episode delved further into Ian’s journey with the Mohawk than ever before as fans met his wife, Wakyo’teyehsnonhsa/Emily (played by Morgan Holmstrom).

Sadly, their coupling resulted in multiple miscarriages, which was interpreted as a bad omen.

As Ian had not been born of the Mohawk, he was banished from the tribe, leaving his wife to be married to one of their own. 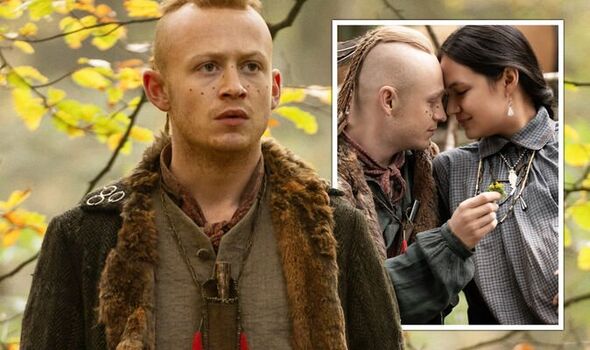 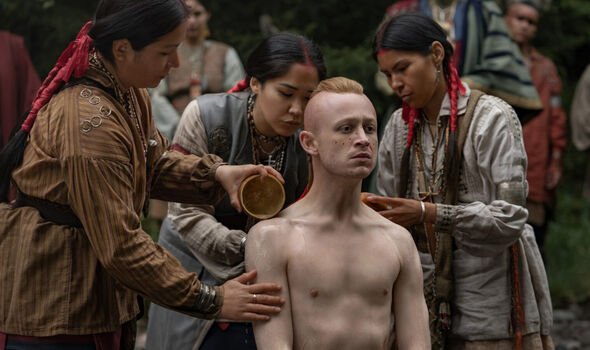 “Young Ian’s story that we get to finally see explored in episode four is one of pure joy and celebration and happiness,” John explained.

“But also one of complete and utter devastating loss.”

Young Ian later came across Emily and her new husband when he and Jamie delivered a shipment of guns to the Cherokee.

Emily and some of the Mohawk were also there, and Ian is conflicted to see she has given birth to a baby and found happiness in her new marriage. 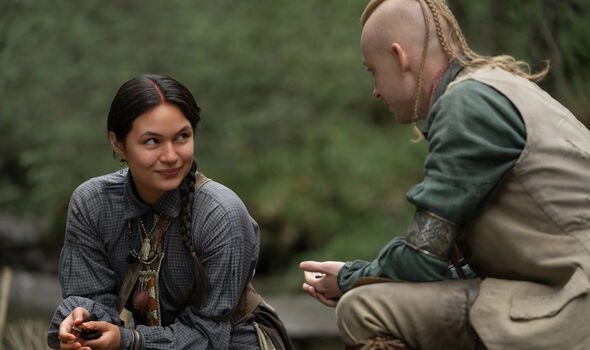 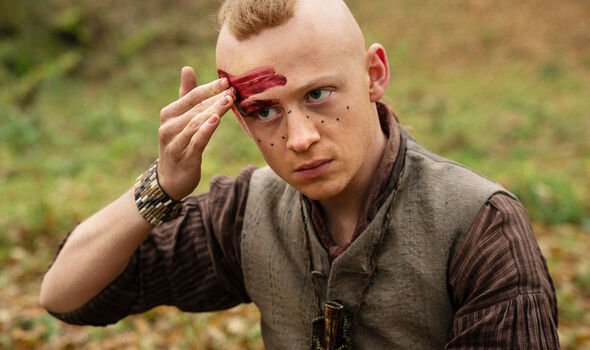 John recalled to Starz: “When I got the script in for [episode] four, I was reading it and I was actually in tears.

“Of course, Young Ian is a part of me, you know, I feel for him so deeply. So when I’m reading this it’s almost as if it’s happening to me, too.”

Jamie star Sam Heughan revealed he was also just as emotionally affected by Young Ian’s plight in the new season.

“Those scenes with Young Ian where he reflects on his life with the Mohawk, I think, are very touching,” he recalled.

“It’s such a strong, vivid tone. Outlander always surprises. Here, in this episode, we get to see Jamie and Ian really bond.

“Young Ian has been through some traumatic experiences. He came back from the Mohawk, and there’s something different about him, and it’s really affected him and changed him as a human being. He reveals that to Jamie and I think Jamie is extremely touched by that.”

Thankfully, Jamie was there to listen to Ian’s tale and offer him some comfort, though he’ll continue to bear the burden of his tragic experience going forward.

Jamie confides in Ian about his own daughter, Faith, whom he lost, and their shared experiences will undoubtedly bring them closer together for the next season.

John explained: “When he finally is able to find the strength to open up to Jamie and tell his story, you understand, finally, why he was in such a bad state of mind.”

“We get given these gifts of scenes which are quite emotional and tender,” Sam added.

“And obviously working with John Bell as Ian… he’s fantastic.

Jamie and Ian’s partnership will have to be just as strong when Outlander returns for season seven, as they’ll need everything they have to find and rescue Claire (Caitriona Balfe) from her new prison.

Outlander seasons 1-6 are available on Starz in the US and StarzPlay in the UK.

Meghan Markle's Disney debut gets a drubbing from critics