As season three of Ozark neared its close, it was clear the tensions between Marty (played by Jason Bateman) and Wendy Byrde (Laura Linney) were beginning to pose a risk to their operation for the Navarro Cartel. Netflix viewers watched as the husband and wife duo’s marriage teetered on breaking point more than once, and how the cartel’s lawyer Helen Pierce (Janet McTeer) conjured up plans to have them taken out the picture. But was there a plot hole in how she planned to do so? Here’s how.

With just a few episodes of the season to go, Marty and Wendy’s plans seemingly couldn’t be further apart.

Throughout season three, Wendy had developed into a somewhat power-hungry and business-savvy force while Marty continued to plot ways in which to save his family and escape the cartel’s clutches – even discussing the possibility with FBI agent Maya Miller (Jessica Frances Dukes).

There was also the not-so-small matter of Wendy’s brother Ben (Tom Pelphrey) threatening to expose the entire criminal enterprise – leading to Helen and Wendy agreeing he had to be taken out.

And determined to cement her importance to kingpin Omar Navarro (Felix Solis) as well, Helen took matters into her own hands. 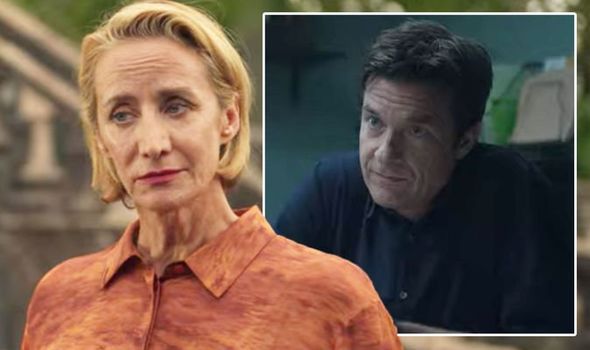 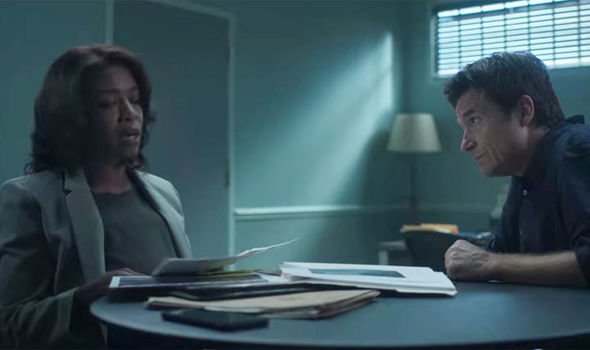 In the season three finale, she approached Omar and made him aware of her intentions: “I would like to take control of all the Byrde Enterprise affairs,”

She added: “Just in case their involvement continues to prove erratic.”

She was met with silence by Omar as he weighed up his options – but Helen wasn’t done there.

Later in the finale, acting as Marty’s lawyer, she approached Agent Trevor Evans (McKinley Belcher III) with a proposition. 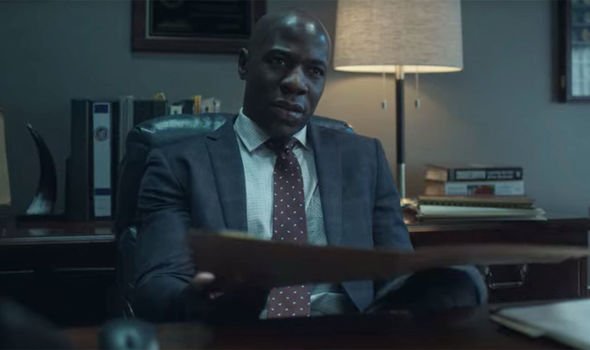 She told him her client Marty was willing to confess to working for the Navarro Cartel in order for witness protection for himself and his family.

Understandably sceptic by the supposed change of heart, Agent Evans seemed hesitant, but Helen stood firm and told him: “I’ll need a copy of that confession on FBI letterhead for my client to sign.”

Helen then used Agent Evans’ prior relationship with Roy Petty (Jason Butler Harner) to manipulate him into handing the falsified confession over.

So Helen seemingly now had the perfect tool in her hand to prove Marty was going to betray Omar and turn against the cartel – but there’s a plot hole with this. 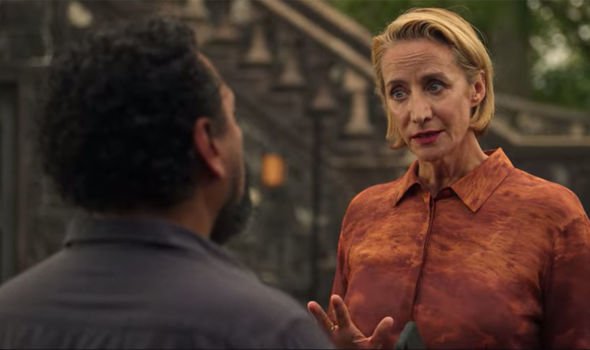 Evans wasn’t the agent in charge of Marty and the cartel’s case – Agent Maya Miller was his handler.

Maya should’ve been the only one with the authority to be able to handle such a file.

Marty was seen as a special case with the eyes of everyone at the FBI on him – so much so, Maya’s entire career hinged on it.

Not only that, but it was emphasised in a number of meeting with her superiors earlier in the series they wanted to be involved in any major developments too.

Add to the mix Marty also wasn’t there to speak to Agent Evans directly and it seems odd he’d go along with Helen’s plot, no matter how convincing.

Agent Evans surely would never have handed over the confession – at least without notifying his bosses or Maya.

There’s simply no reasonable explanation as to why Helen could obtain the falsified confession from the FBI without it being through Maya or at least several higher-ups seeing it first.

Ozark is available to stream on Netflix now.

Nintendo Switch Online: is the new paid subscription service worth it?