Ruth Langmore (played by Julia Garner) faced a torrid time in the third season of Ozark, despite things initially looking up as she took on the role of running Marty Byrde’s (Jason Bateman) casino. It didn’t take long for things to take a downward spiral for the casino manager, particularly following the introduction of Ben Davis (Tom Pelphrey) and Frank Cosgrove Jr (Joseph Sikora) to the Netflix series. But could her world be rocked once more by the unexpected arrival of a child?

Upon his arrival in the Ozark, it was clear Wendy Byrde’s (Laura Linney) brother Ben had his sights set on Ruth.

However, Ruth wasn’t going to make a romance easy for him, shutting him down on numerous occasions before she finally succumbed to her feelings and agreed to go on a date with the troubled newcomer.

From then on, the intensity of their romance sky-rocketed as their feelings towards one another grew stronger and stronger.

This was at the same time Ben had begun taking much more of an interest into his sister and brother-in-law’s illegal money-laundering operation on behalf of the Navarro Cartel. 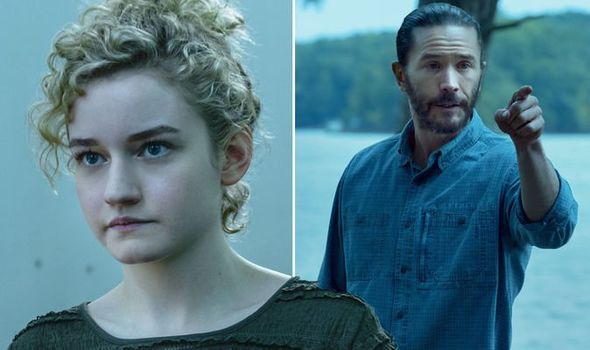 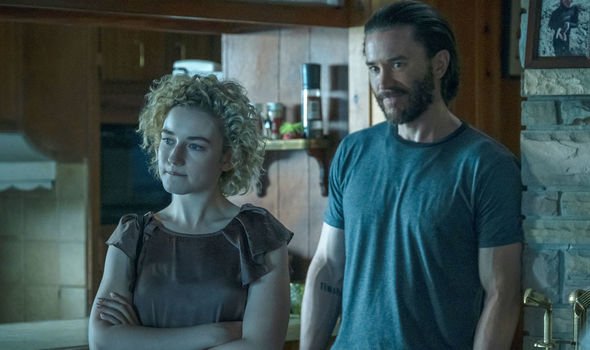 Ben was furious to discover the full extent of his sister’s illegal doings, particularly after he almost witnessed his newfound love ambushed in a bloody attack from the rival Lagunas Cartel.

Ruth had obstacles of her own to try and overcome, most notably in the form of Frank Cosgrove Jr, the son of the Kansas City Mob leader who blamed her for the death of his friends during the ambush.

Frank Jr brutally attacked Ruth and left her hospitalised with near-fatal injuries but luckily she pulled through the ordeal.

However, she was furious that neither Marty nor Wendy would kill Frank Jr as a result, which result in Ben attempting to take matters into his own hands. 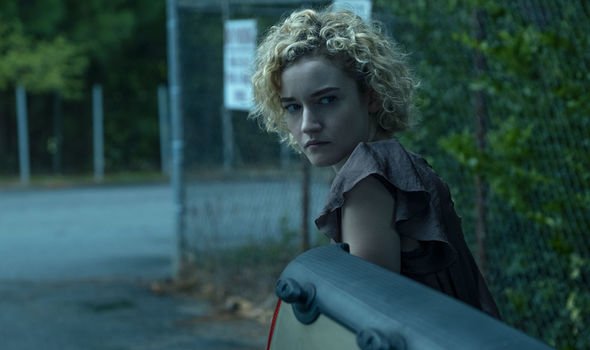 Ben attempted to exact his own revenge on Frank Jr but was quickly sent retreating when the force of the KC Mob made its presence know.

This showed Ben’s loyalty and love for Ruth and in episode six of season three, fans witnessed the pair’s intimacy go up a gear as they had sex on-screen.

Ozark fans know by now there wasn’t to be a happy ending for the pair following the explosive events of the penultimate episode of the series, however.

As Wendy and wicked lawyer Helen Pierce (Janet McTeer) recognised the threat Ben posed to their organisation, they called upon hitman Nelson (Nelson Bonilla) to take him out of the picture.

Ben was killed and cremated at Marty’s funeral home, resulting in Ruth cutting all ties with the Byrdes before joining cousin Wyatt (Charlie Tahan) and rival drug queenpin Darlene Snell (Lisa Emery) at their home.

But this may not be the end of Ben’s story with Ruth as some fans are convinced the key sex scene has foreshadowed a pregnancy storyline for the young Langmore – and the evidence is pretty convincing.

Taking to Reddit, user cIumsythumbs explains: “Ruth is 1000% pregnant. The last time she and Ben had sex, they made sure to show it.

There was absolutely no reason to show it unless it’s a breadcrumb to her becoming pregnant. She also complained about being ‘really tired’ in one of her last conversations with Wyatt.

“And sure, she could just be legit tired of the situation… but the writers didn’t have Ruth say that.

“First trimester exhaustion is a major clue you’re pregnant that doesn’t ‘give it away’ to the typical viewer like ‘my boobs hurt’ or ‘i’m late’ would.”

Other Ozark viewers were also onboard with the theory, with one replying: “The Ruth pregnancy crossed my mind too and I really hope they don’t do that.”

While a second weighed in: “If Ruth is pregnant, she better leave Darlene’s farm…Darlene be takin babies.”

Could the intimate moment between Ben and Ruth have a larger significance going into season four?

Ozark is available to stream on Netflix now.

‘Homicide: Life on the Street’ Cast Reunites at Paley Center