While trying to cope with well-documented health problems, it gave him a reason to get out of bed in the morning. 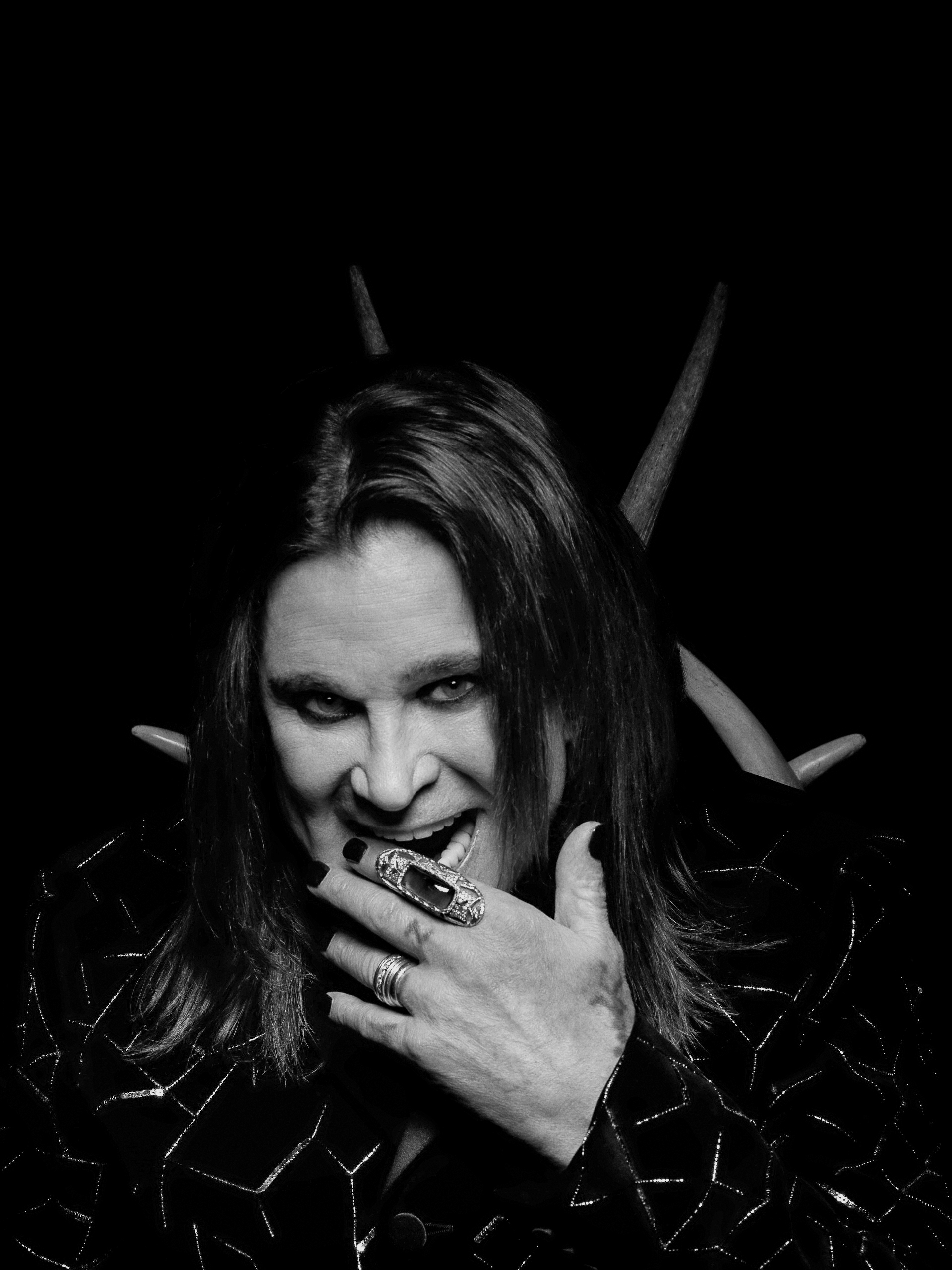 He was laid up after a fall at his Los Angeles home when daughter Kelly told him about her big-shot producer pal Andrew Watt. She explained to him that Watt was well known for his stellar work with rapper Post Malone.

Ozzy picks up the story: “I said, ‘Who the hell is Post Malone? I’ve never heard of him!’ But to cut a long story short, I ended up on his song Take What You Want.”

“I didn’t know who Andrew was but I learned he’s a big producer for these kids.

I had nothing else left

“Andrew got me out of my house, you know. He got me off my back. He got me doing something I love and it came together really quickly.”

I suggest to Ozzy that it sounds like he poured his heart and soul into the project.

“Well, I had nothing else left,” he exclaims, joking about the current state of his body.

“Someone once told me, ‘Most writers do their best stuff when they’re miserable’. And I’ve been pretty miserable lately.” 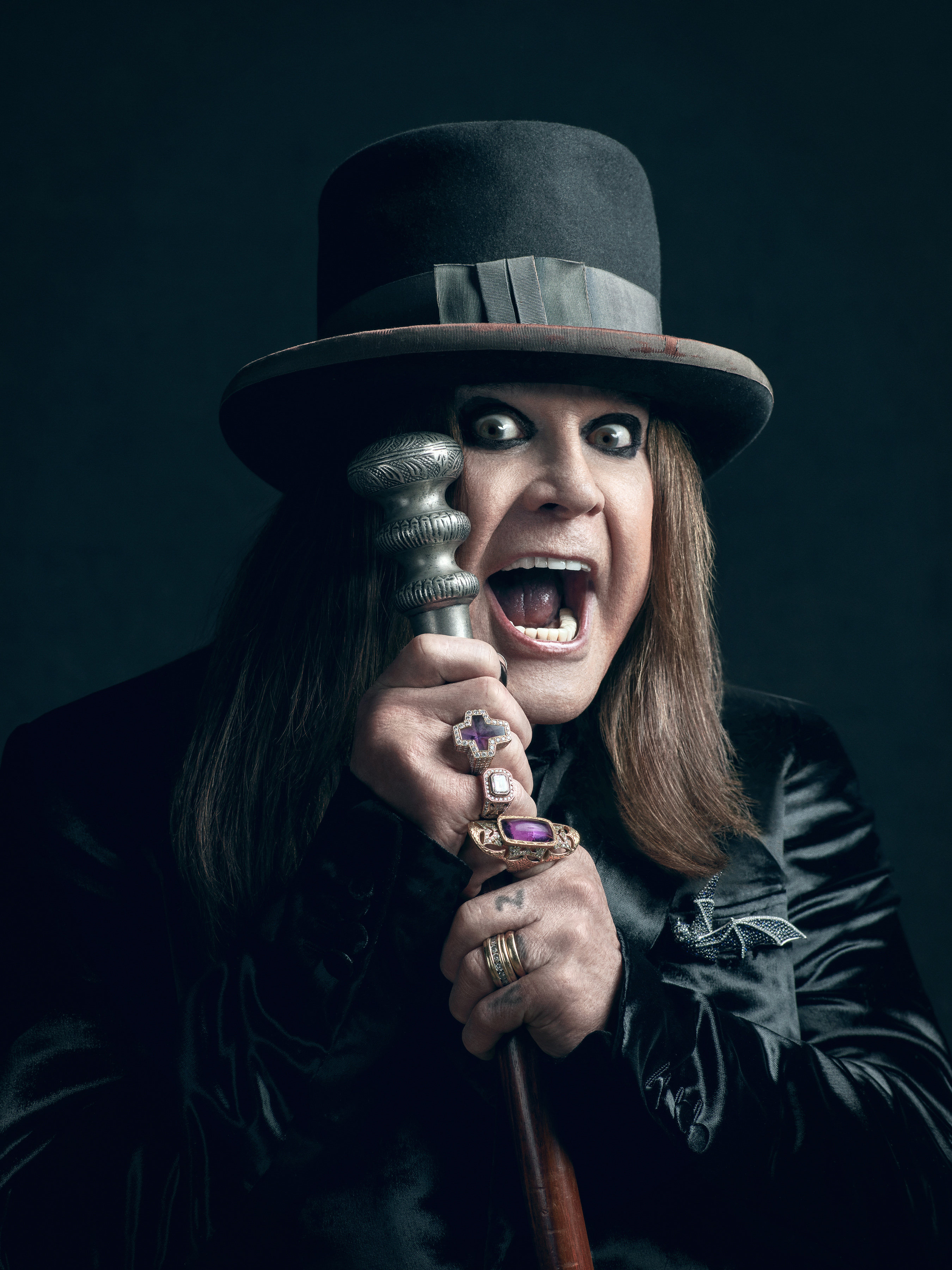 Sharon is clearly overwhelmed with her hubby’s endeavours and believes the album is one of his best.

“I can’t listen to it all the way through. It makes me cry,” she has said.

There were high-profile guests including Post Malone, Slash, Charlie Puth, Tom Morello (of Rage Against The Machine and Audioslave) and none other than the Osbourne family’s dear old friend Elton John.

Elton plays piano and sings on the title track — not a metal monster but one of Ozzy’s emotional and highly effective ballads. Remember his moving duet with Kelly called Changes, which went to No1?

The new song sets a confessional tone with its lines: “Yes I’ve been a bad guy, been higher than the blue sky/And the truth is I don’t want to die an ordinary man.”

Ozzy says: “That was the first one we wrote. It doesn’t take a rocket scientist to know what the song is about.

“For some reason, the flavour it gave me was an old Elton John song, so I said to Sharon, ‘On this track, I can’t help thinking of Elton’. She said, ‘Well, do you want him to play on it?’ ‘Ask him!’ I said.

“I’m friendly with him but Sharon and Elton are best mates so she asked and he said, ‘Yeah’.”

The song could indeed sit alongside Candle In The Wind or Goodbye Yellow Brick Road.
And Ozzy says: “I’ve done some pretty good ballads throughout my career — and this one feels right for now.”

Another memorable track is the brooding Under The Graveyard — typical territory for the Prince of Darkness, you may think, but it has extra depth.

“We’re living in a world where the guy from Amazon is worth 150billion dollars but you can’t take it with you when you go,” cries Ozzy as he gets stuck in to explaining the song’s message. “So why don’t people with all that money do more good with it?

“In LA now, it’s f***ing insane, so many homeless people. There are 50,000 living on the streets and nobody wants to do anything about it.

“All these states give them a one-way ticket to California. They get on a Greyhound bus and they’re dropped off here. It’s a warmer climate for a lot of them.”

Ozzy says “it’s a problem that ain’t going away” and one Sharon deals with via the family’s charitable contributions.

He adds: “There’s a Mexican woman around the corner with two little kids who I give money to from time to time.

“But one Thanksgiving, I was coming off the freeway and there was a woman begging on the exit road. Everybody was pissed off because they wanted to get home to their dinner and I thought, ‘Why don’t you stop and give this woman a dollar?’ ” 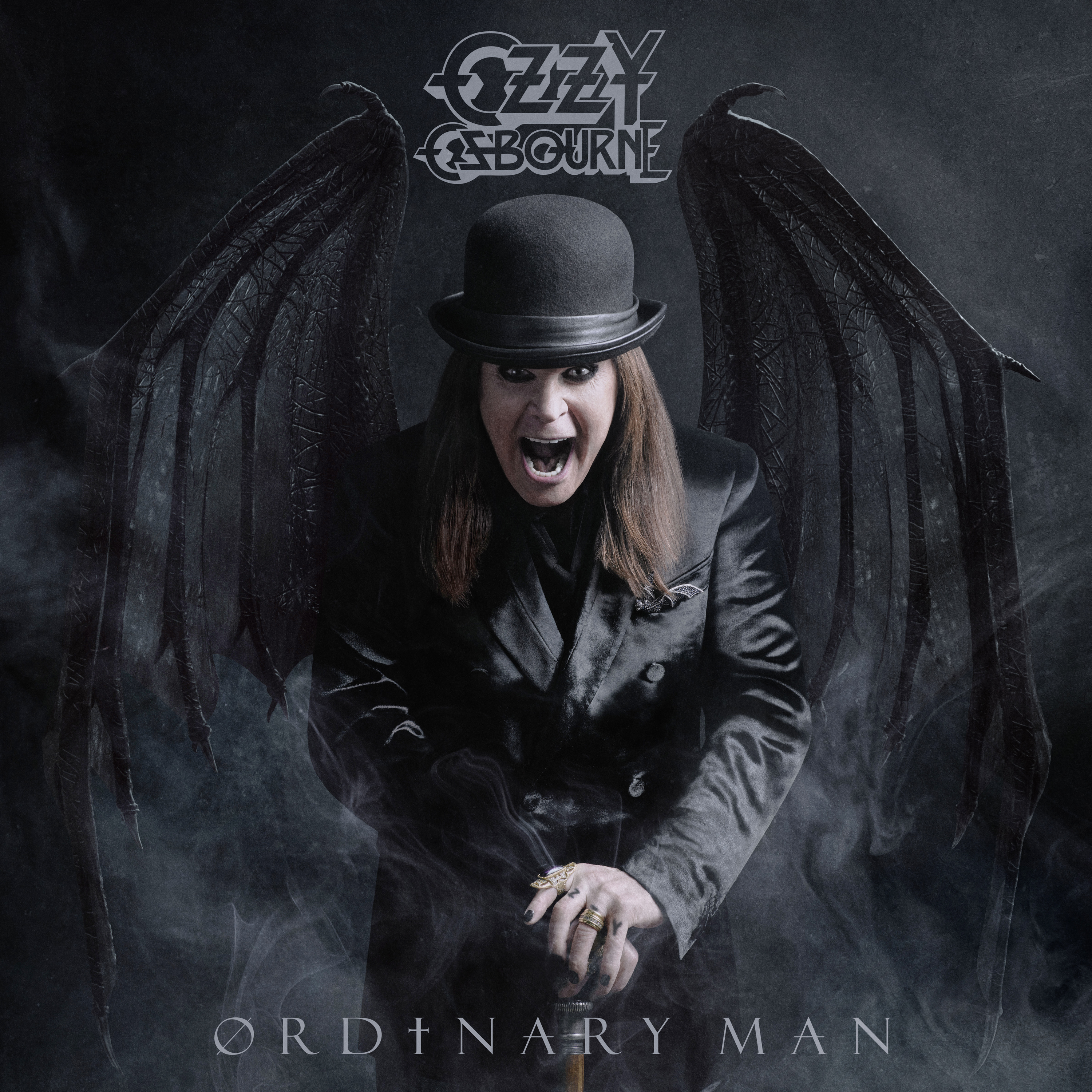 ‘PEOPLE I KNOW HAVE PAID WITH THEIR LIVES’

Though Ozzy spends most of his time at his home in the hills outside LA, he keeps in touch with events back in the UK, the country of his birth.

“I was reading recently about a homeless guy in London who died of hypothermia,” he says. “Is it cold there now?”

I tell him it’s “cold-ish” but that a spate of storms is keeping the temperature abnormally high.

“It’s been really cold and really windy here,” he says. “I’ve never known it to be so f***ing cold.”

I ask if he’s managing to get outside much as he recovers from his fall and deals with the effects of Parkinson’s disease.

“It’s too fucking cold!” Ozzy replies, quick as a flash, the old wicked sense of humour bubbling to the surface.

If I carry on lying here, aliens might just try to eat me!

Next we talk about his album’s foot-to-the-floor opening blast, Straight To Hell, one of two songs to feature an imperious guitar solo from Slash.

Of the track, with its unvarnished message, Ozzy says: “Straight To Hell is not about Prince of Darkness stuff. It’s about how drugs can take you straight to hell.”

He quotes the line in which a nasty drug itself assumes the first person: “I’ll make you scream, I’ll make you defecate.”

Then he adds: “Drugs might start off as a good idea but, at the end of the day, you’re f***ng with your life. People I know have paid with their lives. I was lucky but I had some bad experiences on them.” So many of Ordinary Man’s songs have fascinating backstories.

Ozzy says: “With Eat Me, I was reading about this guy in Germany who went online to ask somebody to eat him.

“Then I’m in LA and you can’t find a f***ing restaurant that’s not vegan any more. Everyone has gone vegan-mad here.” 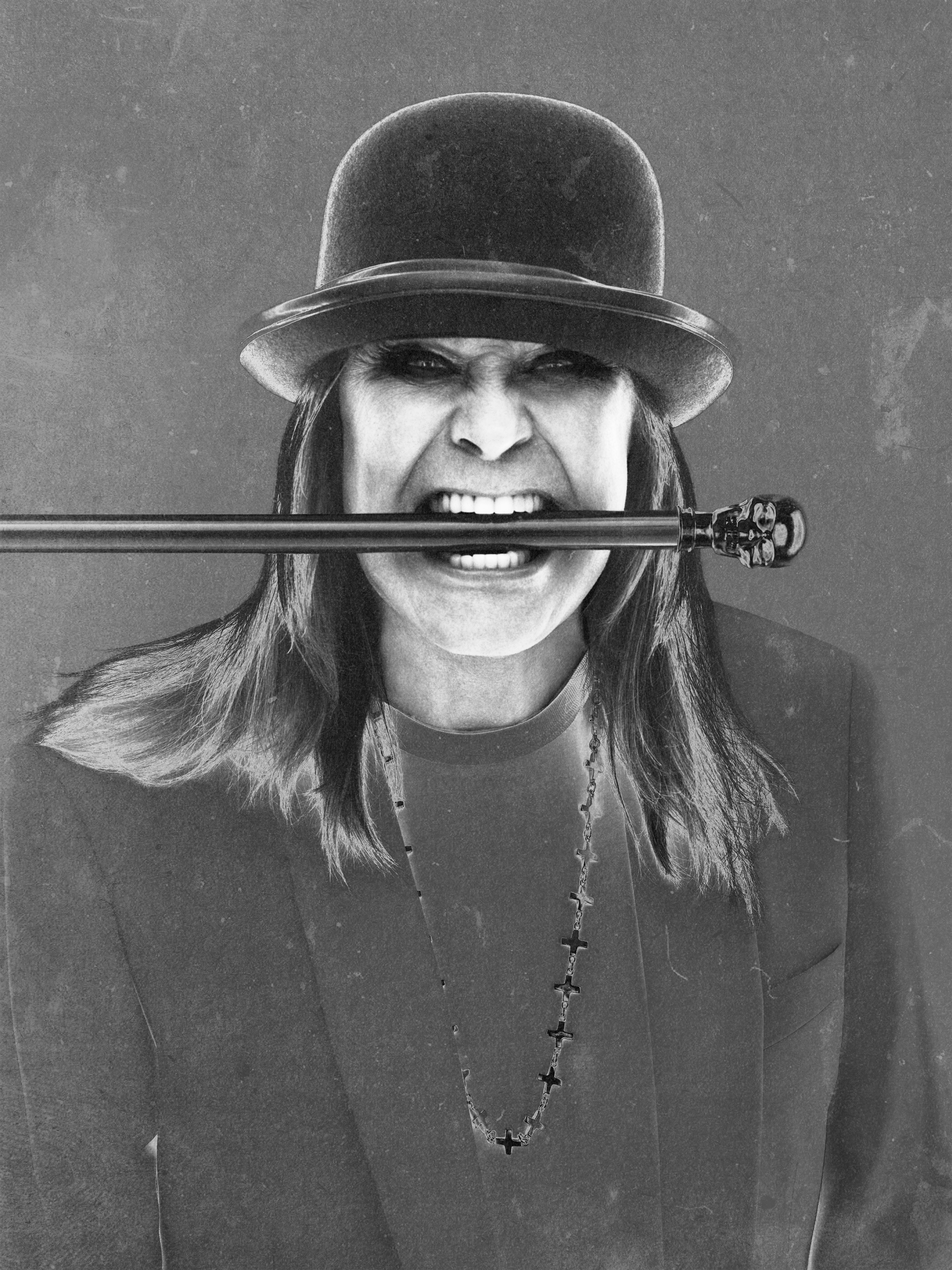 Scary Little Green Men, he continues, also has a lurid food theme. “If I’m lying here, aliens may just try to eat me! We don’t know if there are aliens out there but maybe they’ll come here and we’ll be on their menu.”

Next we talk about the contribution of chart sensation Post Malone to the album.

The US top ten hit Take What You Want serves as a bonus track here but Post also features on It’s A Raid, a high-octane, thoroughly enjoyable riff-based racket.

“He’s a really nice guy and a talented singer,” says Ozzy. “In my day, people would mention long hair but now it’s tattoos and he’s got them all over.”

It’s A Raid comes with one of his fun anecdotes: “When I was with Sabbath in the early days, I was in a house in Bel Air and we had drugs and all kinds of illegal substances on the premises.

‘NOBODY BUYS F***ING RECORDS ANY MORE’

“I pressed this button thinking it was the air conditioner but it was the Bel Air police. There were six cars blaring their sirens and driving down the driveway. I was yelling, ‘It’s a f***ing raid!’”

On being back in the studio, Ozzy says he loved Andrew Watt’s refreshing, no-nonsense approach.

“With the last Black Sabbath album (2013’s acclaimed 13), some days I felt like screaming because I had to do so much.

“But with Andrew it was really quick. He’d say, ‘It’s good enough for me. Are you happy with it? Let’s move on’.”

Though very different in many ways, Ozzy acknowledges that the speed of the sessions bears some similarity with the first Black Sabbath album, released 50 years ago with its pioneering heavy metal sound.

“The first Sabbath album was more or less a live album without the audience because we played the songs on stage and then we recorded them,” explains Ozzy.

“We’d never been in a studio before in our lives. So we turned up and it was done. It was easy because we knew the songs so well.”

The iconic frontman maintains that his favourite times in a band “were at the beginning” in the full flush of youth.

And he bemoans the current state of the music industry. “Because of Spotify, nobody buys f***ing records any more,” he says.

“The days of mammoth Dark Side Of The Moon productions are over because it’s too costly.
“People will soon forget about taking an album home, reading the sleeve and experiencing an album’s worth of music.

“Sgt Pepper’s was a great record. The Beatles are my favourites, you know. When I met Paul McCartney, it was the highlight of my life.

“I was so surprised at how nice he was and I also met Ringo . . . what a great bloke.

“The thing about The Beatles was they always had the best melodies. All I’ve tried to do in my career is put a melody to a dark riff.”

Despite his gruelling and ongoing battle to get fighting-fit again for UK shows in October, it is great to report that Ozzy’s mind seems to be in such pin-sharp form.

He is rightly proud of his vibrant and varied new album and says he plans to write another one while he is stuck at home trying to recover from his ailments.

So thank you, Prince of Darkness, for shedding a bright light on a not-so-ordinary man.