The singer, 46, revealed scammers had attempted to con his admirers out of thousands by pretending to be him.

Peter was made aware of the crime after one of their targets contacted him and asked if he had sent them a friend request.

After assuring the fan it definitely wasn't him, the father-of-four received another message informing him the fraudsters had attempted to steal thousands from her.

Peter has now handed the issue over to police who are carrying out an investigation. 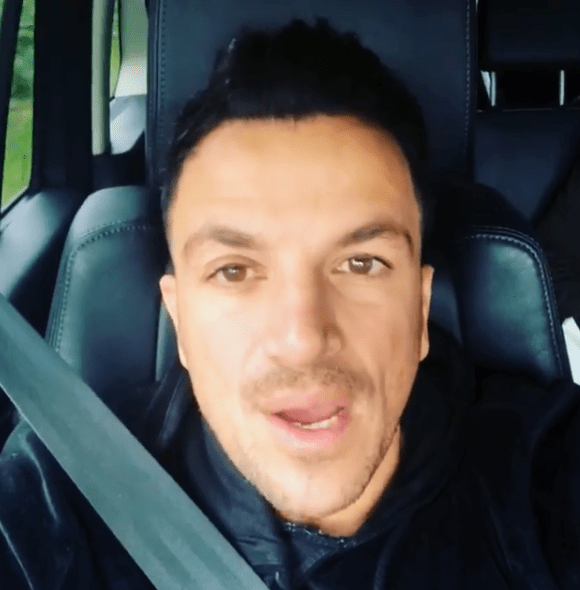 Urging fans not to fall for the scam, he wrote in his New! magazine column: "If you receive a message on Facebook Messenger, Instagram or Twitter asking for any kind of money or bank details, please do not reply – report it."

The revelation came after The Sun Online revealed that Pete has banned ex-wife Katie Price from letting their children Junior, 13, and Princess, 11, from appearing on her reality show.

The 40-year-old slammed her ex-husband during an appearance on yesterday's Good Morning Britain, after he refused to allow their children, Junior 13, and Princess, 11, be filmed for her reality show.

Katie branded her ex "selfish" and a "hypocrite", but insiders close to the star told us she WON'T be able to film the kids for the show – My Crazy Life – until she can 'sort herself out' and prove to Pete she's cleaned up her chaotic life.

The source said: "If Katie's life wasn't as crazy and if she was prepared to actually prove that it could go back to normal, I'm sure things would go back to how they were."

Over the last 12 months, Katie has faced bankruptcy, a drink-driving court case and the end of her third marriage to Kieran Hayler.

The children have both previously featured in their parents reality shows following their split, however Pete hasn't had his own programme since Peter Andre: My Life in 2013.

Anyone who discards gay people doesn’t have a human heart, says Pope