Former This Morning host John Leslie was back on the sofa today (July 9) for an emotional interview following his recent acquittal for sexual assault.

Leslie presented This Morning between 1999 and 2002, but left after sexual assault allegations were made against him.

Current host Phillip Schofield replaced Leslie in 2003, and pointed out that the reason he is sitting on the famous sofa every day is due to Leslie’s “misfortune”.

“John, I sit here on this sofa because of your misfortune and what happened to you all those years ago,” Schofield said.

Leslie didn’t appear to object to the comment, simply saying: “I’ve thought about this long and hard.”

Having been cleared of new sexual assault claims last year, which alleged that he had groped a woman in a nightclub, Leslie admitted that he was “in a bit of a state”. 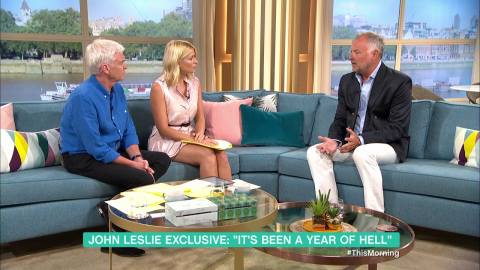 “I can’t believe I’m back here, to be honest. It’s been an emotional day knowing that I was coming on the show,” he said. “But even this building, being the BBC, was obviously where my career started all those years ago, and This Morning where my career ended. So it’s been quite a journey.”

He explained that he “just wanted a quiet life” but felt the need to speak about the accusations to put the record straight.

“I just feel my reputation follows me around,” he said. “I became a kind of target and when I was out in public, things happened and people made allegations and stuff and I never got the chance to speak out. So, when it happened this time I felt enough is enough, it has to stop.” 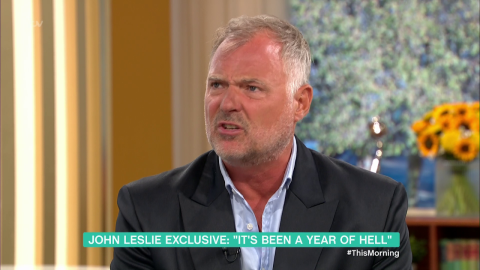 Leslie, who also previously presented Blue Peter and Wheel of Fortune, said that since being cleared, his life has become “about surviving and keeping going” and revealed that he is “in bits at the moment”.

“It’s a case of putting the bits back together again and hopefully I can come through this,” he said.

When asked if he would like to return to TV work, Leslie said he doesn’t think he could “handle it”.

“I loved the job as you know, and I regret breaking up the relationship with Fern (Britton) and stuff,” he went on.

“It was such a horrible time, and it feels like yesterday. I think my time in TV is done.”

This Morning airs every weekday at 10.30am on ITV.

Wild horse culls to go ahead in Alpine National Park