Piers Morgan didn’t hold back this morning as he quizzed Dr Hilary Jones about changes the government has made regarding how to stop the spread of coronavirus. However, the Good Morning Britain host clashed with the medical expert over face masks as he asked why the British public weren’t told to wear the face coverings from the beginning of the pandemic.

Piers began: “We keep hearing this, Hilary left me stop you there sorry, recent polls show 90 percent of the British public have been very obedient with lockdown.

“This idea that we can’t obey rules, what we don’t know is how to obey wishy-washy rules that don’t seem to be one thing or another.”

Piers continued: “This country didn’t think quarantining people at airports was necessary for two months and has now decided that after everybody else, it is. 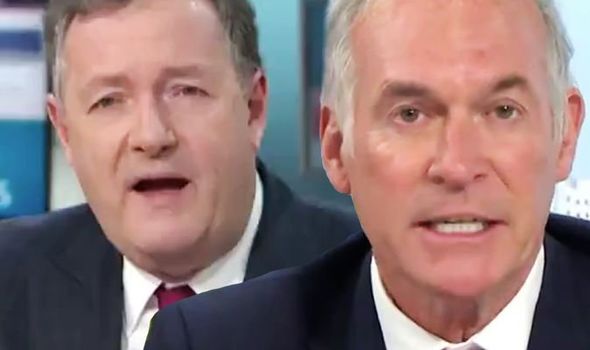 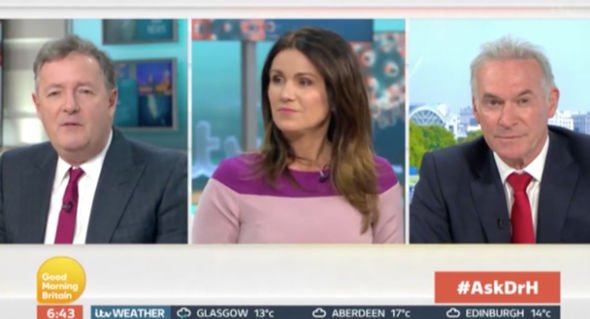 “We were told we didn’t need to be doing testing in the community in the middle of March and now that is deemed to be the number one priority.

“Is there a single thing Hilary that our experts have told us what not appropriate two months ago, which we are now not doing?”

“I think if there was strong scientific evidence that wearing a mask at all times was required then I think the government would say, ‘Let’s do it,’” Dr Hilary replied. 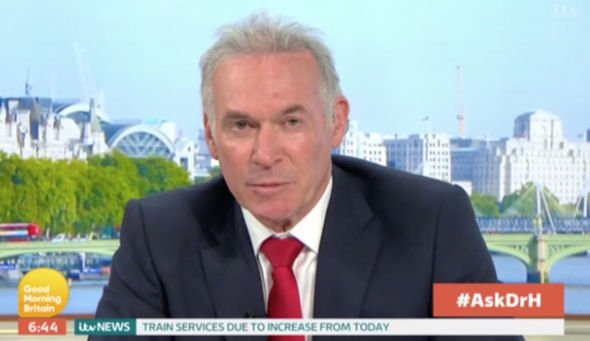 But he was cut off as Piers shut him down, exclaiming: “Here’s my evidence, Taiwan, Singapore, Hong Kong, South Korea, Qatar.

“It seems amazing that everywhere they are doing it a lot, they have a lot less problem than we do. Anyway, we’ll come back to this.”

Dr Hilary had continued to speak but eventually stopped as Piers continued with his point.

The moment came after Piers hit out at the Mayor of London, Sadiq Khan, over his decision to reintroduce the congestion charge in London.

The charge was suspended at the start of lockdown but has now been reintroduced, which left Piers furious.

Reporter Richard Gaisford, who was speaking from King’s cross Station, explained: “Coming into central London today will be quite interesting to see how many people choose to come in their car as has been asked.

“Because the congestion charge actually comes back in as well and that means an extra £11.50 for people who haven’t been paying it during lockdown.

“In a month’s time Susanna and Piers that goes up to £15 so really it’s not much of an encouragement to get in the car.”

Piers ranted: ”These terrible conflicting messages, all the time. It’s going to be £15 for the congestion charge and it’s going to be seven days a week.”

He added: “Sadiq Khan has basically turned around and went, ‘Ah no, we’re going to really stop you using your cars.’

“So of course people will use public transport, this idea that people are going to walk to work, they’re not.

“[This] will then put people’s lives at risk including key workers like health workers who use public transport to get to work.”

Good Morning Britain airs weekdays on ITV at 6am

What's the Brexit backstop plan, when could the option be activated and what would it mean for the Irish border?

What was the Watergate scandal and why did Richard Nixon resign?