The singer revealed the TV presenter's lips were "very soft" after they shared a mid-interview smooch. 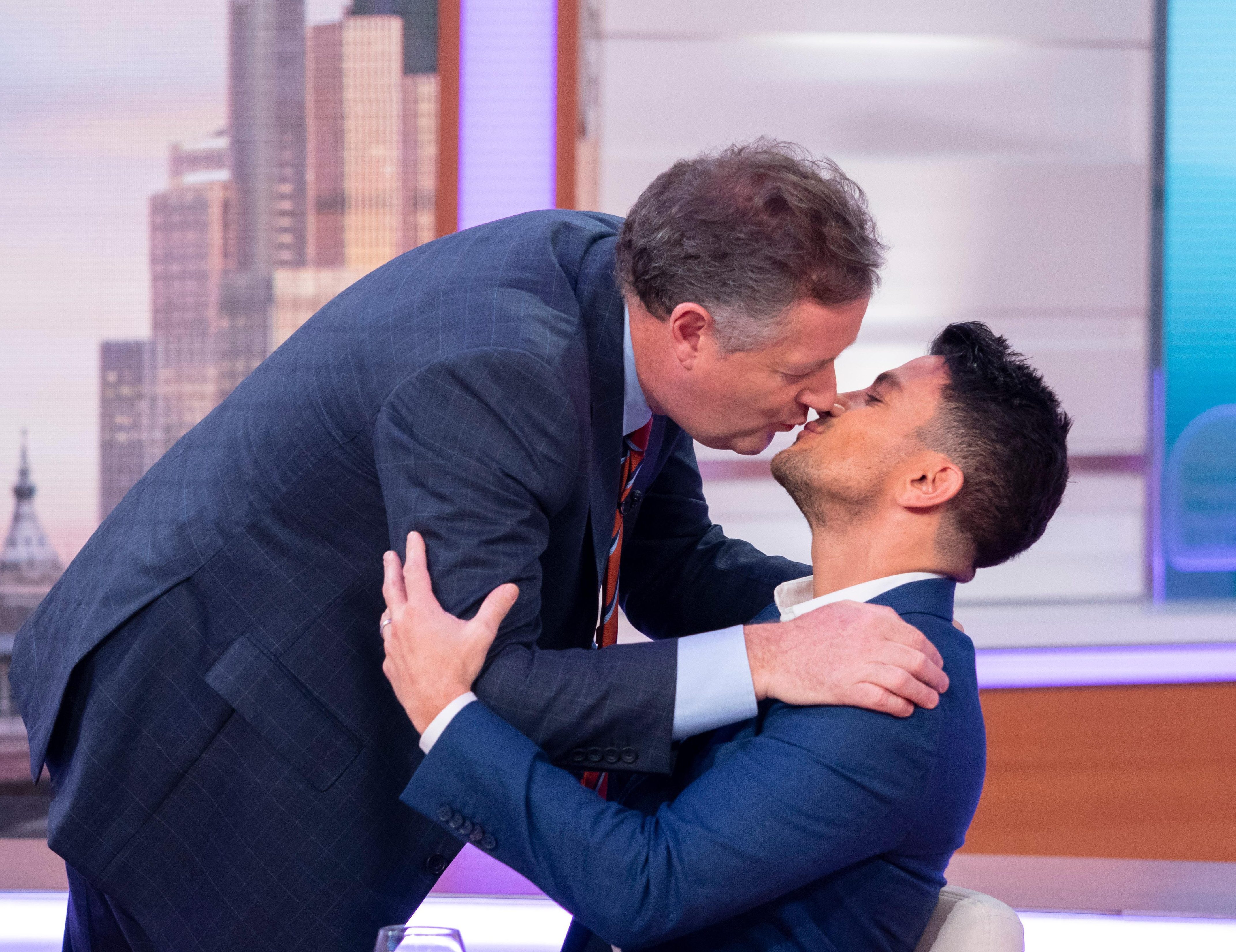 Earlier in the show the outspoken journalist called David Beckham "weird" and "creepy" for giving his seven-year-old daughter Harper a peck on the lips.

Later in the show 45-year-old father-of-four Andre defended the footballer's way of showing affection to his youngest child.

Piers, 53, was seen getting out of his chair and walking over to Katie Price's ex-husband before leaning down and kissing him on the lips. 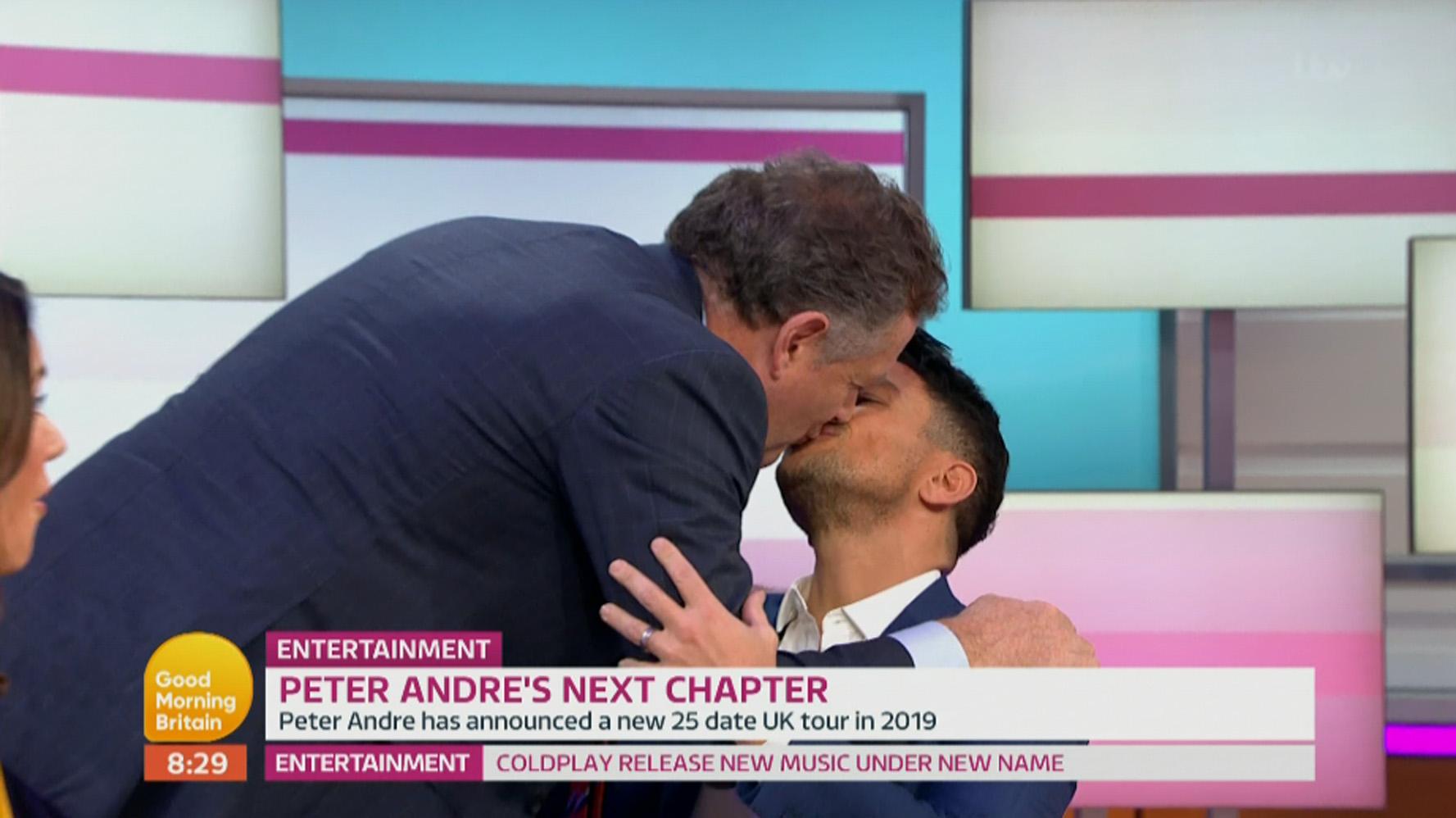 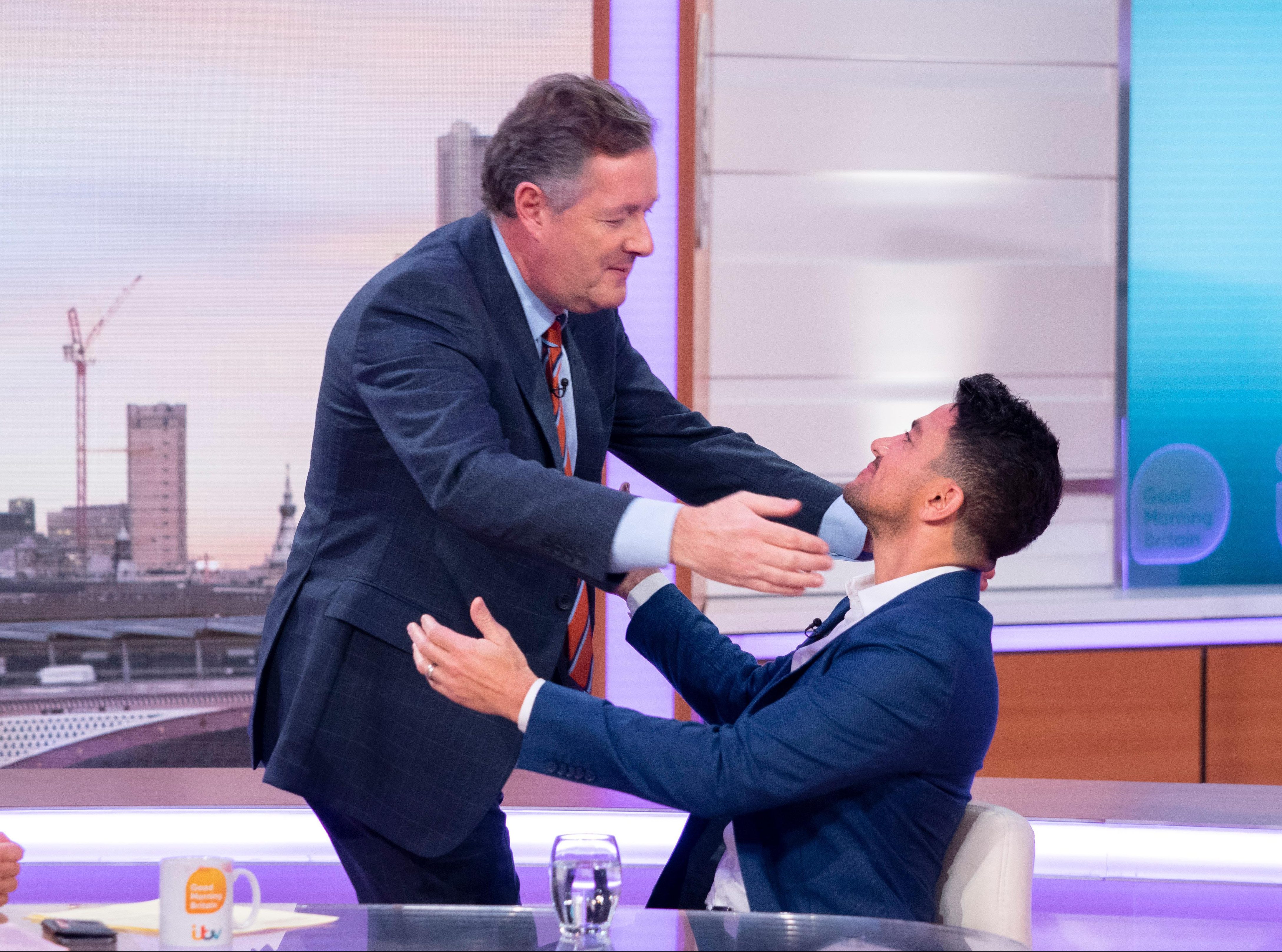 It comes as Piers slammed David as "weird" for kissing daughter Harper on the lips.

The TV star criticised the footballer earlier on the show after the sports star shared a sweet pic of him with his seven-year-old girl while ice-skating.

Yesterday, the 43-year-old father-of-four was trolled after he shared the innocent snap to Instagram.

Today Piers, 53, called him "creepy" and "weird" for how he showed affection to his youngest child. 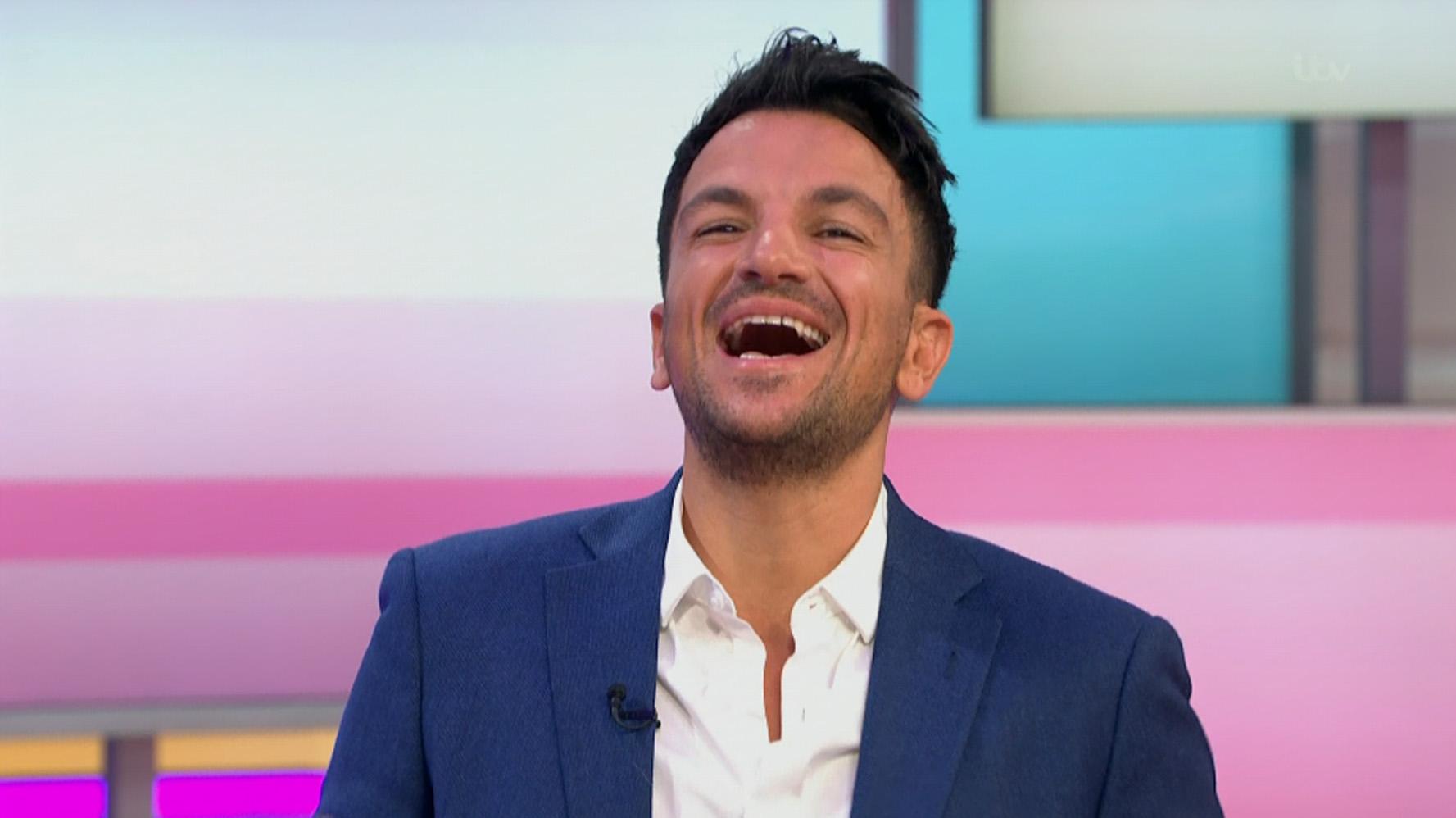 The presenter said: "It's just weird right? Who does that with their kids? Who kisses their kids on the lips?"

Later on in the show Piers added that it was "quite creepy", while co-host Susanna Reid, 47, suggested celebrities shouldn't post pictures like that online if they didn't want "the scrutiny". 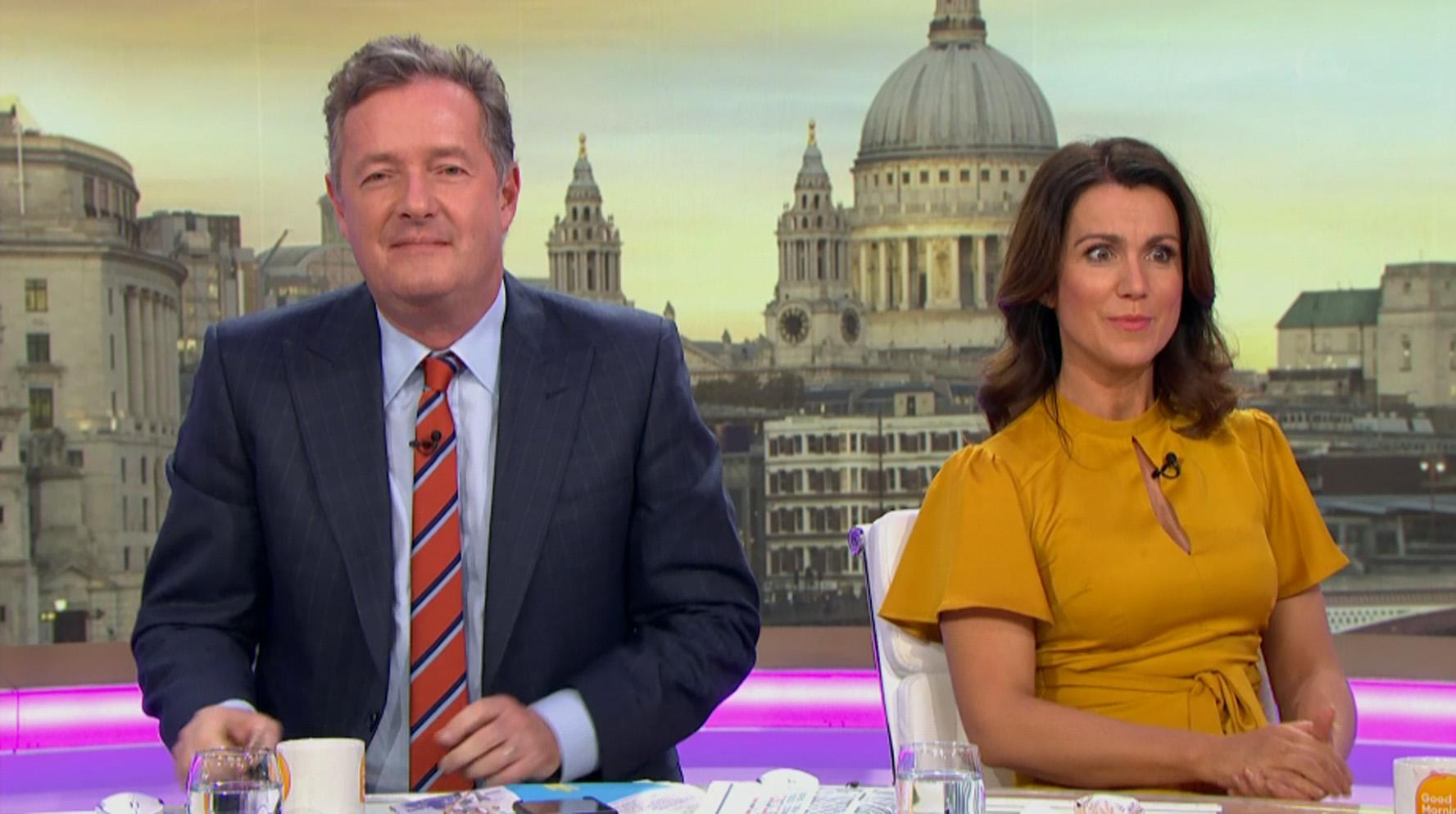 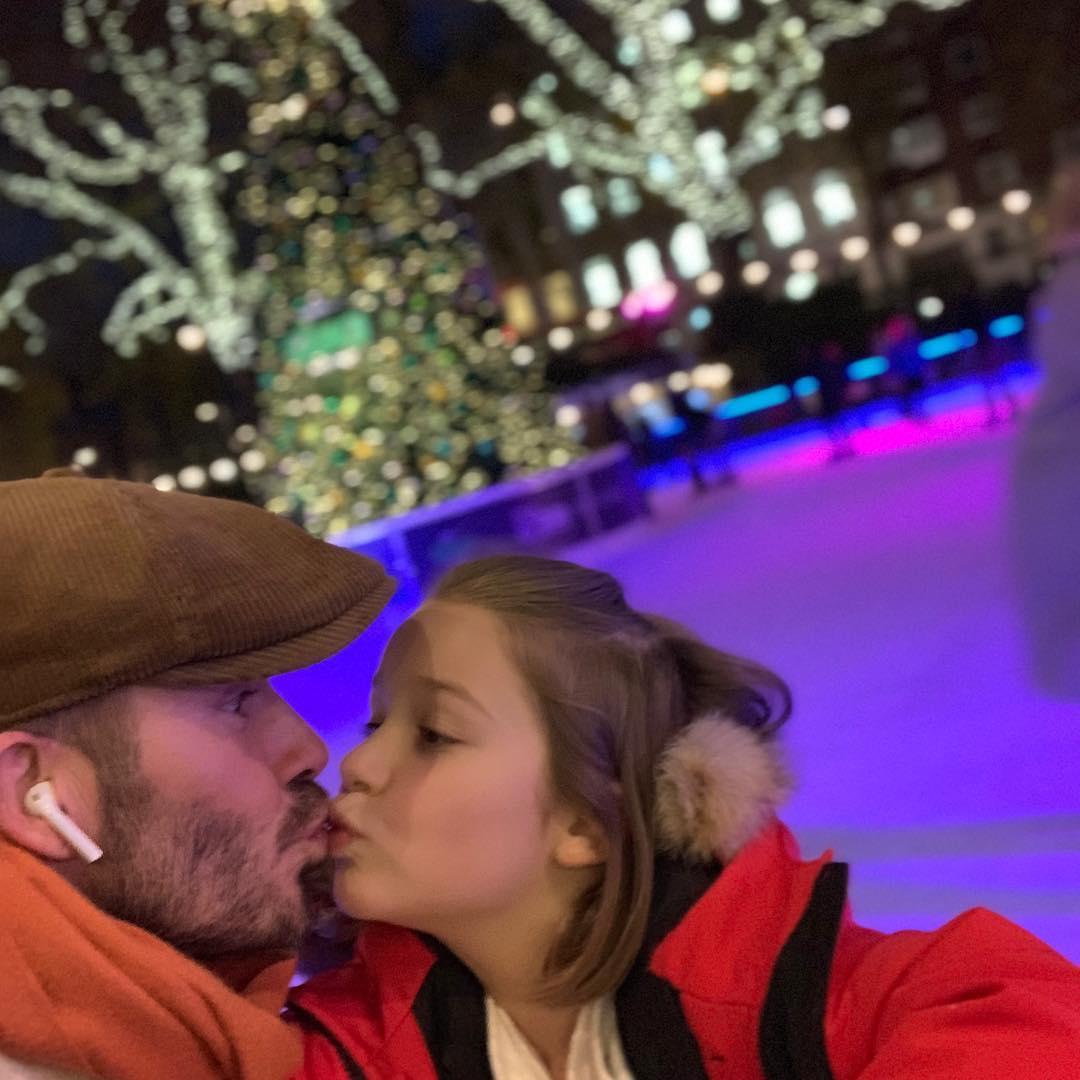 One wrote: "@GMB I agree with Piers 99.9% on all his crusades but have to disagree on this occasion. My 7 year old daughter regularly kisses me on the lips and that’s her way of showing her love and affection for her parents I don’t see anything wrong with this."

Another commented: "#GMB Pierce Morgan I think u must have had an aunty that puckered up to u as a kid. David B is just sharing a tender moment with his little girl. Plus, she may have had a important life event. Which deserved a big kiss. When there young…a kiss is just a kiss."

A third shared: "@piersmorgan if you think what Harper and David is weird I worry at the state of your mind . Was you damaged as a child or was you ignored ?? #gmb@susannareid100"

It comes as David was targeted by trolls after he shared a sweet photo of him kissing daughter Harper while ice-skating in London.