Time is winding down on the Power clock and this week’s penultimate episode was all about Councilman Rashad Tate. It’s finally been revealed what he was up to on the night Ghost was shot, and he definitely turned up at Truth.

Tate—like him or not—always had a dirty side that viewers only caught a small glimpse of, but this time, the series showed him in a different light. Here’s a recap of episode 14, “Reversal of Fortune.” 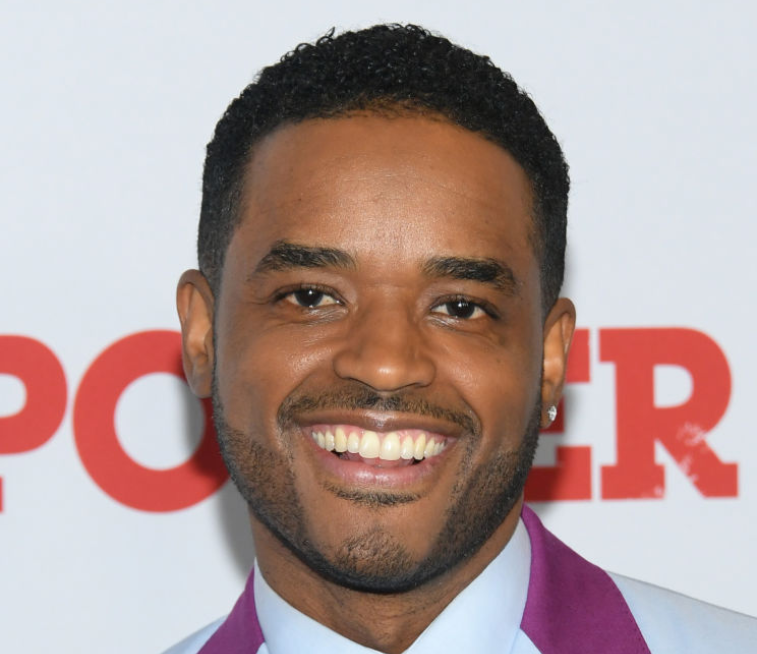 When the episode opens, Tate is getting drunk in a bar. Hisbrother comes, collects him, and he wakes up in his nephew’s room. He learnsabout James’ gubernatorial run at the breakfast table and gets heated all overagain. His brother, a policeman, gives him a change of clothes—including a hoodie—beforethey head to the shooting range. His brother wants him to rejoin the force, butTate isn’t ready to give up the political life.

He decides to disrupt a strategy lunch session with Ramona,Lorette Walsh, and Steven, the rep for the Democratic Party. He begs them toreconsider St. Patrick and to put him on the ticket instead. Ramona threatensto call the cops on him but the other two ask him to play nice but to leave. Hedrops the F-bomb before storming out.

After a short visit to his church, a pastor reminds him thatthings can turn around. Tate doesn’t believe it.

It’s been a long time coming to work with my bro @larenztate n what better way to do it than on the hottest show!! THANK YOU @courtneyakemp ? for allowing us to share our talents on your playing field!!! Yo what up @50cent you know how we do!! Thanks bruh!!✊? #Power #PowerTV #Episode 614 #TateBros ??

Tate receives a visit at his campaign office from Saxe and Rodriguez who want his help in nailing St. Patrick. He’s willing to do it. We also learn Croop (played by Cedric the Entertainer) and his son are a team of hitmen.

They meet Tate to discuss “the mark,” but Tate tries to cancel the job since he’s working with the feds. They don’t know that and threaten to kill him if he doesn’t hire them (for fear he’ll rat them out if the target dies anyway) or if he doesn’t pay them. He gives up Ghost.

Croop and son are posted up outside of Truth, but they don’tknow Tate is inside trying to warn James/Ghost about the hit. In this scene,Ghost rips into Tate, who goes from wanting to correct his mistake to gettingpissed at Ghost all over again.

Ghost leaves and the killers follow him to that warehousesite where he’s talking to Tommy.

Elsewhere, Tate goes to a coffee shop where the locals shower him with love and admiration, and he’s inspired to keep his campaign going. Back at his office, Cassandra is there (sent by Ramona), waiting to convince him to give up his bid. He reminds her the Democrats haven’t endorsed anyone yet and sends her off.

At the warehouse, Croop and son aim and start shooting atGhost. A shootout ensues and ends with Croop dead and everyone else barelyescaping. During this drama, Dre shows up at Tate’s to rat out Tariq.

After hanging up on Croop’s angry son, Tate heads to Tasha’s daycare to tell her James is going to snitch on Tariq about Ray Ray. He urges her to rat out Jamie to the cops, but she’s not down.

Later that night, Tate is approached outside his brother’s house by Croop’s son, Carter. He pulls a gun on him and tells him he’s killing his whole family as retribution. Tate’s brother shows up and shoots him through the back. Tate lies and tells his family that it was a robbery attempt.

He heads to his office and Stern and Walsh come in and ask for his endorsement for Walsh. It’s a no. Tate then calls Dre. It’s the scene where he hands off the license plates and confirms the hit on Ghost by Dre.

Things then flip to him going to the police station to givea statement about the “robbery” and Carter’s death. Although his brother is doubtfulabout his story and wants the cops to treat him like any other civilian, thedetectives are chummy with Tate because he’s a former cop. It’s an open andshut case.

The interrogation is interrupted when the whole precinct isalerted about a shooting at Truth. Tate talks his way into riding to the crimescene. While in the squad car, his brother tells him he thinks he’s involved inall the stuff that’s going on. He denies it and spins some story, and his brothersays he’s sure Rashad will weasel his way out of it because he’s the luckiest m*f*he knows.

They arrive at the club and Tate in his black hoodie, walks toward the entrance where reporters are gathered. He’s asked about the events of the night and learns St. Patrick is dead. Shocked, he gathers himself and gives a quick motivational speech about the community.

The next day, Tate is visited by Walsh and Steven. They want him on the ticket as lieutenant governor, but he counters with a deal to run for governor. He points out that St. Patrick was bad for the brand, and Steven agrees.

Tate's ready to get even. An all-new episode of #PowerTV starts NOW on @starz. #WhoShotGhost

Tate does a rally at church and afterward, his brotherinforms him that Dre died in a jail cell. He suspects Rashad knows more than he’sletting on and makes a remark about him being lucky again. Tate runs intoRamona outside and she smiles and comments on his reversal of fortune. He blowsher off and walks over to some reporters, telling them that Ramona Garrity washaving an affair with St. Patrick.

Later in the episode, Tate seals a financial deal with Stern at his campaign headquarters. He’s then seen rolling around in bed with Cassandra in a luxury hotel suite and Ramona comes banging on the door. She confronts him about the rumors he started and her messed up career.

He smugly tells her off and shows her the door, and then does the same thing to Cassandra (but not without thanking her for paying for the room). On the TV, it’s shown that James/Ghost’s shooter was arrested, and the suspect is shown. Tate is surprised.

Don’t Worry, The Military At The Border Is Ignoring The White House

Does Cannes Have a Future? Yes, But the Festival Needs to Change