The former Towie star looked over the moon in the picture taken at home on Friday  –  after spending three weeks away in the CBB house. 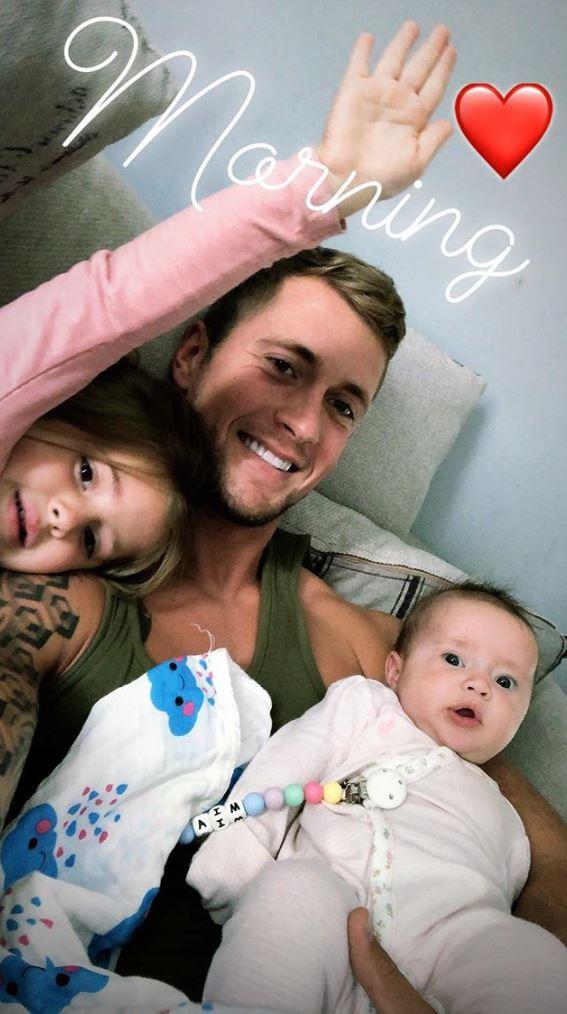 Dan looked happier to be reunited with them following his stint on Celebrity Big Brother.

The former TOWIE star, 27, came 3rd in the final series of the show.

He beamed as he got cuddles from his little girls as they relaxed on a sofa.

Just days ago he was reunited with his girls Ella, three, and three-month-old Mia with wife Jacqueline Jossa, and adorable son Teddy,  4, from a previous relationship with Megan Tomlin. 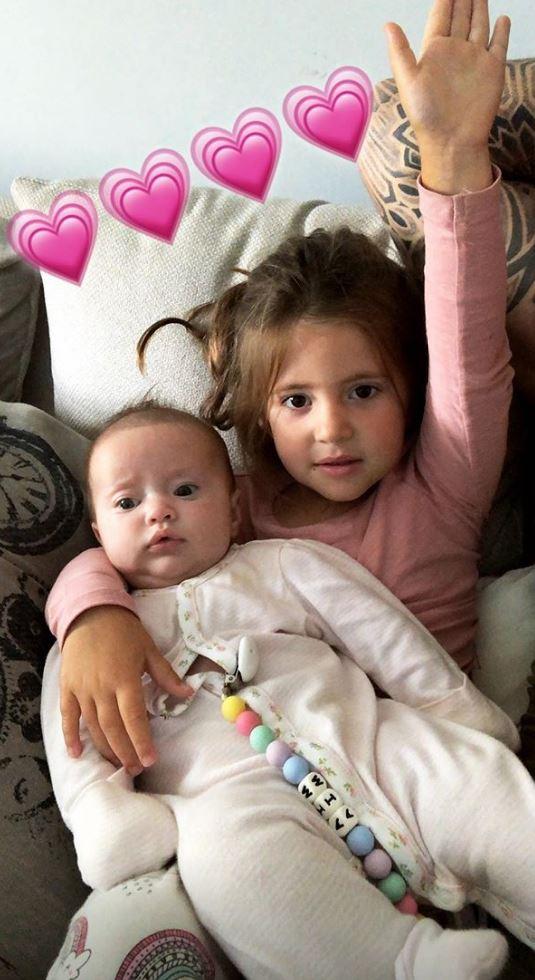 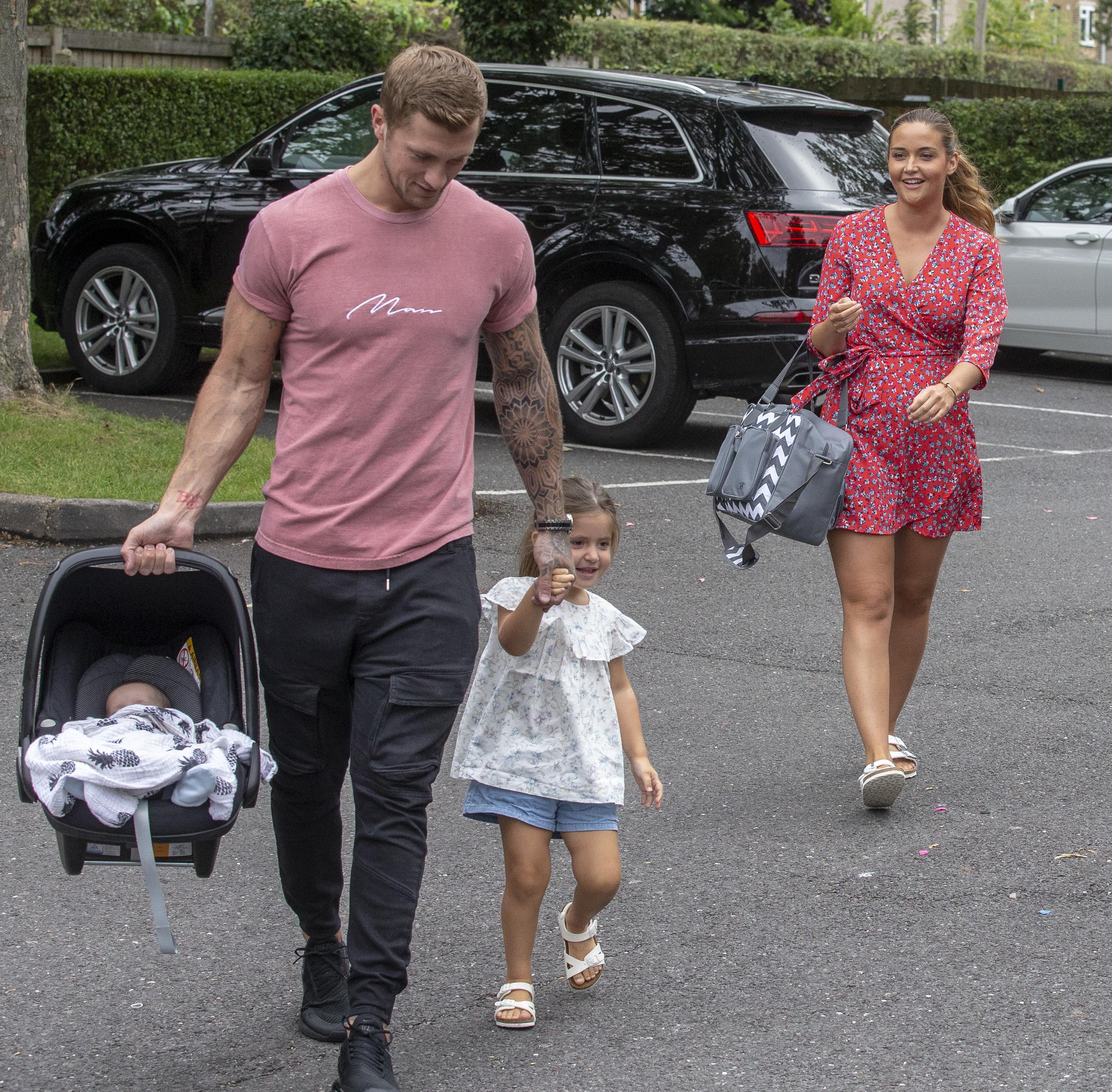 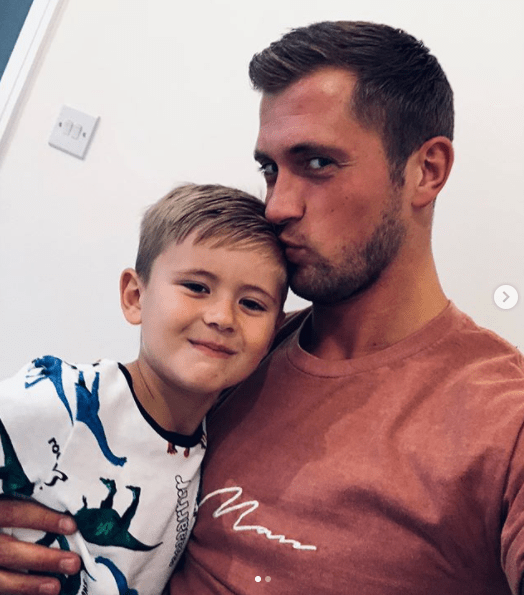 Earlier this week, Dan was pictured sweeping his daughter Ella up into his arms as he arrived home after a dramatic three weeks in the Celebrity Big Brother house.

The fitness trainer and reality star was a finalist on the  Channel 5 show on Monday – but had to wait almost 24 hours before he could return to his wife Jacqueline, 25, and their brood.

Photos of his family reunion show the star jumping out of his taxi and running to meet his eldest daughter, who was waiting for him at the gate.

She leaped into his arms as he shed a few tears and they hugged during the emotional family reunion. Jacqueline stood at their front door, and she couldn't stop smiling at the pair. 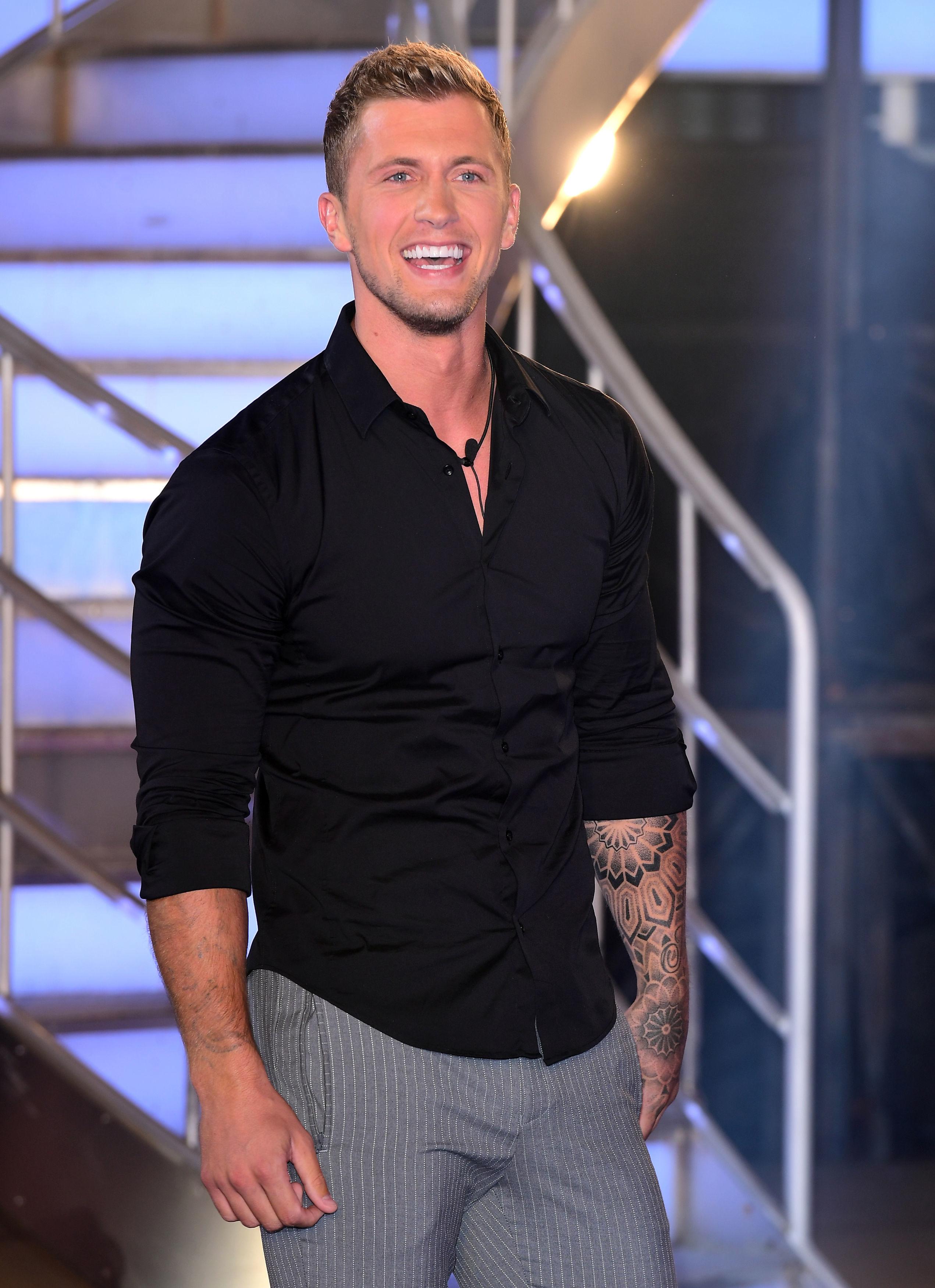 It was also the first time that they had seen each other in weeks, and she ushered him into their house.

Their sweet reunion came after Dan revealed to The Sun Online that he had called his wife to tell her that he loved her.

Dan also kept fans up to date with his sweet photos of his emotional reunion with Teddy on Instagram.

He revealed the father and son cried "for five minutes".

Speaking about the four-year-old, he said: "Just had a lovely evening with my little man.

"I surprised him and went round to him, he came to the door, shouted Daddy, held me and cried, set me right off so we just cried together for five minutes, then spent the rest of the evening having fun and laughing…

"I am so so lucky to be loved the way I am by my beautiful children!"