Do you think you're a celebrity?

No, I definitely don't think I'm a celebrity. I know that I've got an amazing platform that allows me to help lots of people, but I don't see that as celebrity. 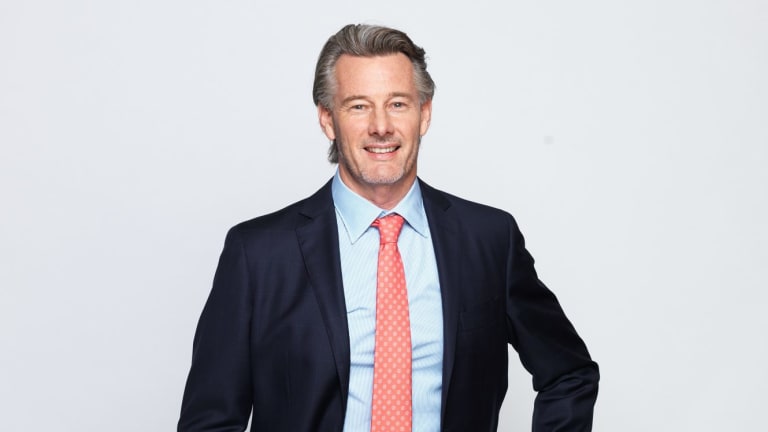 Do you get recognised when you're out and about?

Sure, but I've always been a popular guy – I've got a big personality, so I could pull into a marina in Sicily somewhere and it'd be as if I knew everybody anyway. I sailed for six years and I never pulled into a marina where I didn't feel like I knew people.

You're the life of the party.

I'll give you a tip – Miguel Maestre is the life of any party, and I've learnt a lot from him.

What's the biggest thing Miguel has taught you?

Miguel is an amazing human being, and is just chock-a-block full of love. As much as I'm an outgoing sort of guy, you would never see me dance, but one of the best things I ever got from Miguel is that at our first Logies together – I was somewhat nervous and Miguel said, look at you and me Baz, a designer-builder and a chef, and we're in a room with the biggest celebrities in the country and we're gonna party all night, let's hit the dance floor. I said no, I can't do that, I'm not that sort of guy. But he dragged me up anyway, and we had so much fun, and I realised – I think I was about 52 years old – that life is a party, it's up to you to enjoy it. And he taught me that.

You had a long career before you were in TV. How did it happen that you joined the television industry after all those years?

I was very lucky to retire at 45, and I set about sailing around the world on my yacht. I have a good mate who's on our opposition actually, Better Homes and Gardens, Peter Colquhoun, and he always wanted to get me on that show. I said no, I'm not interested in TV, TV has wrecked it for designers and builders. But Pete and I were in the Sahara, at the foot of the Atlas Mountains, and Pete, being a TV guy, had taken a lot of footage of the two of us. He showed the footage of him and me travelling to these amazing destinations and talking about the architecture to one of the executives at Shine TV, who were making Renovators, and they said we want that guy. They rang me a couple of times, I wasn't keen at all, but eventually I said yes and came out of retirement for Renovators. I thought that was a great show, but it only lasted a year, then I was lucky enough to meet Amanda Keller, who was working on The Living Room.

Do you still feel the same about TV ruining design?

No, because now we have The Living Room! The greatest show on Earth, a show where people who are real experts, who have proven themselves in the field, get to share their knowledge with 500,000-600,000 people every Friday night.

When I'm talking about design or sustainability or renovation, I don't see myself as a TV presenter: I'm just someone telling you what I know. I understand now that TV is a great forum to teach people. Once you understand that they've invited you into their living rooms because they want to learn, it's a real joy, and if you enjoy what you're doing, you generally do it pretty well.

Is The Living Room a harmonious set, or is there a lot of bitching and backstabbing?

I don't think I hate three people more than I dislike those three. Nah, it is what you see – at 6.30 yesterday morning I was having breakfast with Miguel and his family. We're an incredibly close-knit group – they are my other family.