After months of delays and pushbacks as a result fo the coronavirus pandemic, Queen of the South fans finally got some good news last month when the likes of Alice Braga, Peter Gadiot and Hemky Madera all returned to set. The USA Network drama’s latest season, season four, came to close over a year ago, meaning fans have been desperate to know when the show’s leading lady Teresa (played by Braga) will be back. And while the return for filming was met with jubilation by the fandom, it looks like it’s taken its toll on Braga.

Teresa’s journey in Queen of the South season five looks set to be as explosive as ever.

Not least because she’ll be reunited with fan-favourite and close flame James (Peter Gadiot) after he spent most of the last series AWOL.

But he returned with a bang, falling into Teresa’s arms in the final moments of season four with a bullet wound in his stomach and bleeding out on the floor below.

And while James’ injury became the season four finale’s biggest talking point, an injury to lead star Braga’s hand has got fans talking ahead of the show’s return. 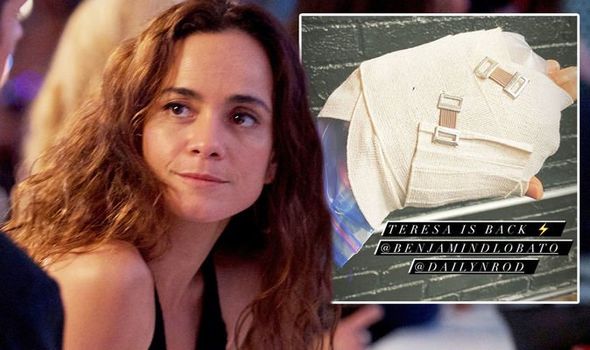 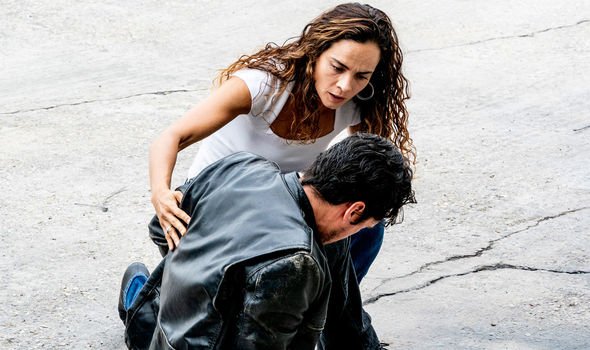 Taking to her Instagram Stories last month, Braga shared a photo of her hand wrapped up.

And after the snap was shared amongst the fandom via social media, it didn’t take long for fans to voice their concerns.

“Any doubts that season 5 will be full of action?” one fan said on Twitter. “What happened to Alice’s hand?” 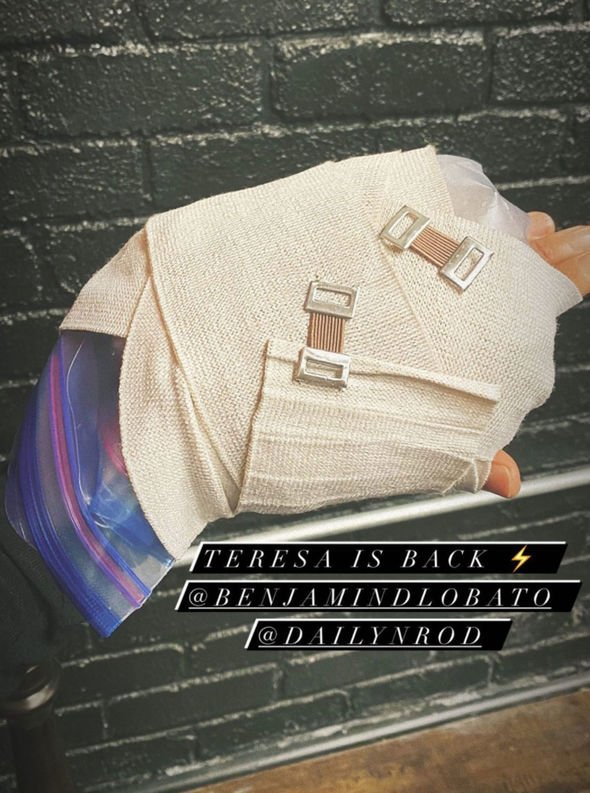 While a third added: “Mercy! Okay, I got scared.”

“Bae had a boo boo!” weighed in a fourth. “Somebody must have challenged the Queen of the South!”

However, showrunner Rodriguez was on hand to clear up any fears over the injury.

“She’s fine!” Dailyn said on her Twitter page. “She just got super in character during a scene!”

Needless to say, fans were relieved to hear Braga’s injury hasn’t hindered her performance of the savvy and brutish Teresa.

And if fans were in any doubt that season five would be packing a punch, director Ben Hernandez Bray has been teasing what’s to come on his own Instagram page.

In fact, he’s earmarked one episode, in particular, which is “off the charts” after sharing a snap with Braga.

“Yes! The rumours are true I’m coming back to work with the magnificent one @alicebraga_oficial,” he captioned a snap of the two.

“And again episode 505 is off the charts! Get ready @queenonusa fans!”

What exactly lies in store for Teresa won’t be revealed until the show returns – but it looks like it’s going to be worth the wait.

At the time of writing, season five is still yet to receive a release date.

Queen of the South seasons 1-4 are available to stream on Netflix UK now.

FDNY firefighters come together to thank hospital workers — with candy

Three Disney+ Originals Have a Perfect 100% Score on Rotten Tomatoes – Where Does ‘Hamilton’ Rank?