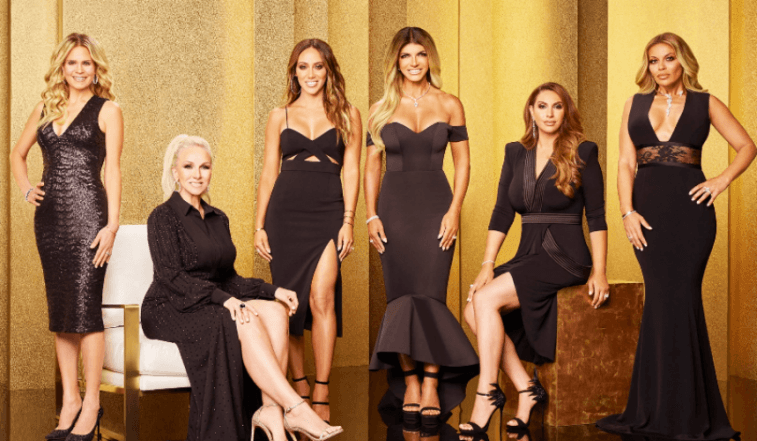 The trailer for Season 9 of Real Housewives of New Jersey teases another explosive season. Teresa Giudice and her sister-in-law, Melissa Gorga look like they are butting heads once again. But there are also two new faces to the cast. Will they be able to match their strong cast members?

The Cheat Sheet caught up with Andy Cohen at Tribeca Talks: Ten Years with The Real Housewives of New York City on Sept. 23 at the Tribeca TV Festival. There, he talked a little bit about the drama that is coming up and the new housewives.

Often, new housewives take a back seat to the drama because they’re new, or they let the other cast members walk all over them. But executive producer Andy Cohen seems very confident about the new cast members.

“They really do!” Cohen told The Cheat Sheet. “The new girls really hold their own. I’m very pleasantly surprised. We did it. We’re on a roll with Jersey. Margaret [Josephs] and then the two new girls. We’re three for three.”

Designer Margaret Josephs joined the cast in Season 8 and is back for her second season. This is definitely a good sign that Jackie Goldschneider and Jennifer Aydin could be back for another season if Cohen is comparing them to her. The producer also talked about the drama happening between the more seasoned cast members.

Giudice and Gorga aren’t strangers to bringing their family drama to the screen. In the trailer, we see that they are at it again and it might be because of Goldschneider and Aydin.

The Cheat Sheet asked Cohen if he was surprised the two were fighting again. “You know it’s real family drama so just things come up,” he answered. “It’s surprising but it’s not I guess.”

What Does Mercury in Retrograde Mean?

Who is Bruno Tonioli? Strictly 2018 and Dancing With The Stars judge

A Live-Action 'Lilo & Stitch' Movie Is On The Way, But Who Will Play Lilo?