This is not an ambush. This is a message: It’s time to pay attention to the Real Housewives of Potomac.

Ever since season three premiered in April, six ladies and a few friends have opened up their lives for Bravo cameras.

What came next was an addictive new season full of heart, surprises and plenty of drama.

In the first few weeks alone, Karen Huger proclaimed she was “debt free and loaded” as the cast questioned her financial situation. Monique Samuels warned Robyn Dixon to get out of her face before “I choke you out with this umbrella.”

Oh, and did we mention the cast hasn’t even gone on their cast trip yet? It starts Sunday night and it’s the perfect time to get a taste of summer’s juiciest treat. 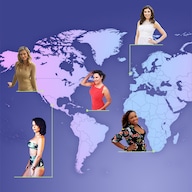 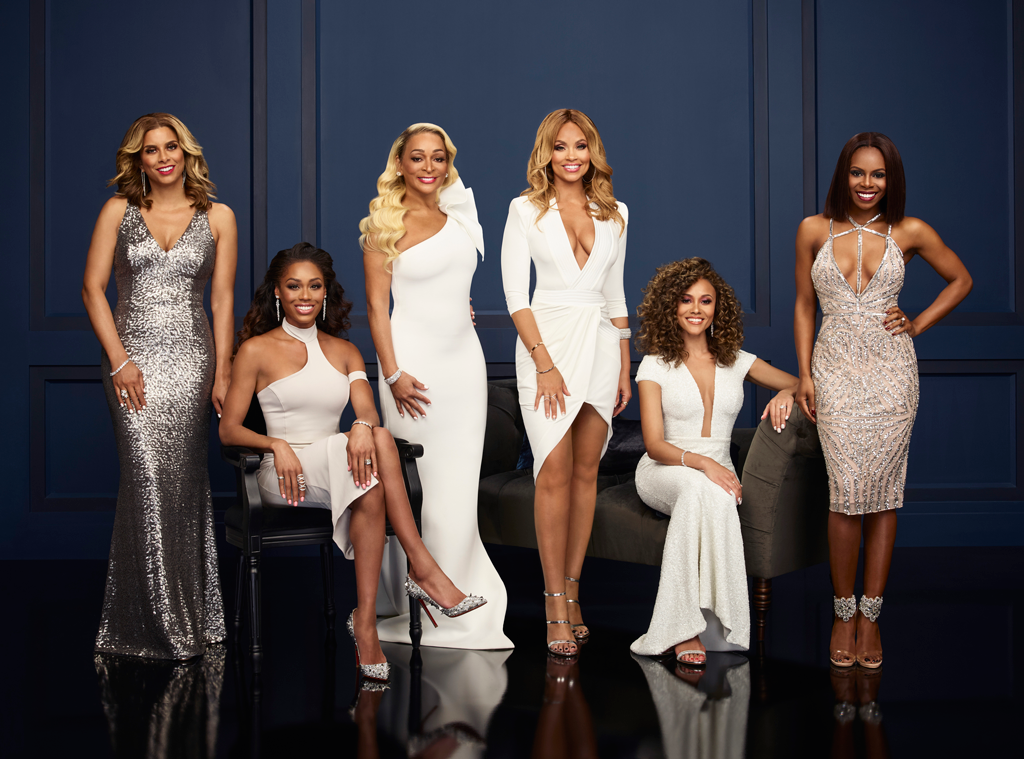 In celebration of her birthday, Monique invited all of the girls to Cannes in hopes that the group would open up about their relationships, work out their issues and have an unforgettable time. So did it work?

“Without exposing anything, we were able to have our bonding moment but some people do not know how to leave the drama in Potomac,” Monique shared with E! News exclusively ahead of Sunday’s new episode. “I’ll just say that you have those few people who, you know, misery loves company and they try to put that on everybody else and we weren’t having it. Most of us weren’t having it.”

Based on the sneak preview, Karen will face even more questions about her finances and whether she truly lives in the fabulous home she talks so highly of.

“Karen has so many masks and I want to develop a genuine relationship with her. I want to care about her and be there for her, but it’s very hard to be friends with someone when they’re slippery like slime and you can’t really get a grasp on who they are as a person,” Ashley Darby shared with E! News. “For me, it’s like Karen, I’m going to hold you accountable. We are in the age of Donald Trump as president so it’s all about accountability here and she’s taking too many plays from his playbook.” 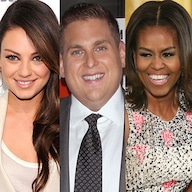 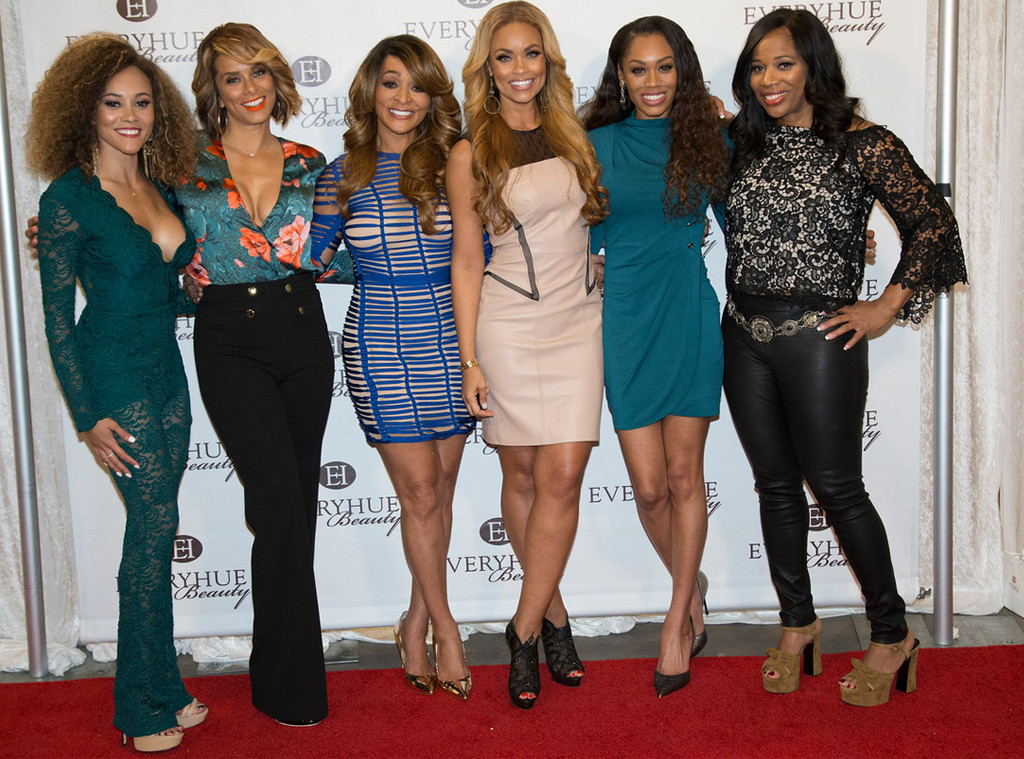 Monique will also be put in the hot seat when it comes to why she helped bring Kyndall Douglas into the group despite her not-so-friendly relationship with Gizelle Bryant.

For the record, Monique claims she didn’t bring her into the circle. In fact, she’s “always been” around the circle. “[Gizelle] seems to think that every move that I make involves me thinking about her and it’s just not the case,” she explained.

Ashley, however, sees it completely different. “Kyndall has not existed to me prior to any issues between Monique and Karen with Gizelle. She’s being used as a pawn in order to get back at Gizelle is how I feel,” she explained. “She’s being used as retaliation and it’s kind of messed up.” 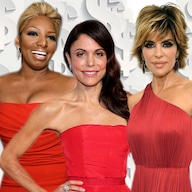 Real Housewives and Their Products 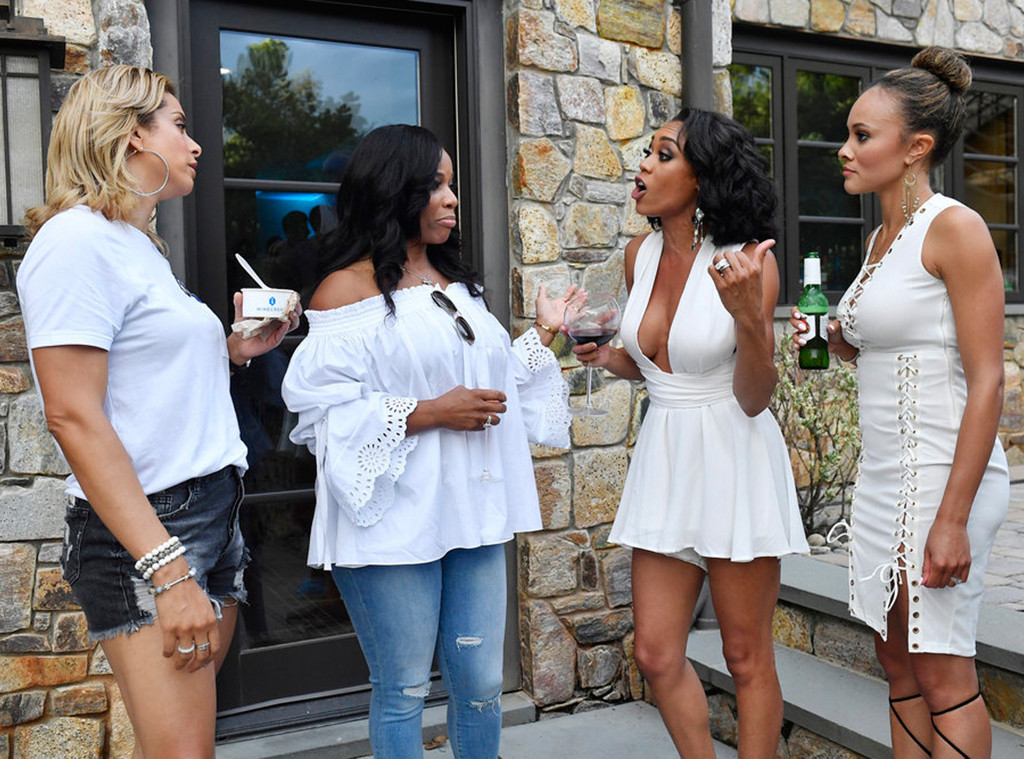 While it may seem that every good city in the Real Housewives franchise needs drama to succeed, it’s only one recipe to the success.

Karen partly credits the unique area the cast lives in to the continued growth in viewers and interest.

“It’s an inside look into an area around our nation’s capital that not a lot of people know about… So, it’s intriguing,” she shared with us. “And since it is a about a group of women in their 30’s, 40’s and 50’s, this gives the viewers something different, a multi-generational perspective amongst friends, which is not shown on the other franchises.”

The group is also going through struggles many viewers can relate to. Robyn continues to work on her relationship with Juan Dixon as newcomer Candiace Dillard tries to plan a wedding with her fiancé. Monique, who recently announced she is pregnant, also opened up about her previous miscarriage on camera.

And believe it or not, there are a whole lot of genuine friendships that are put on display week after week in Potomac. 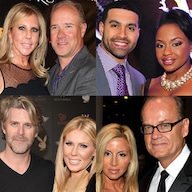 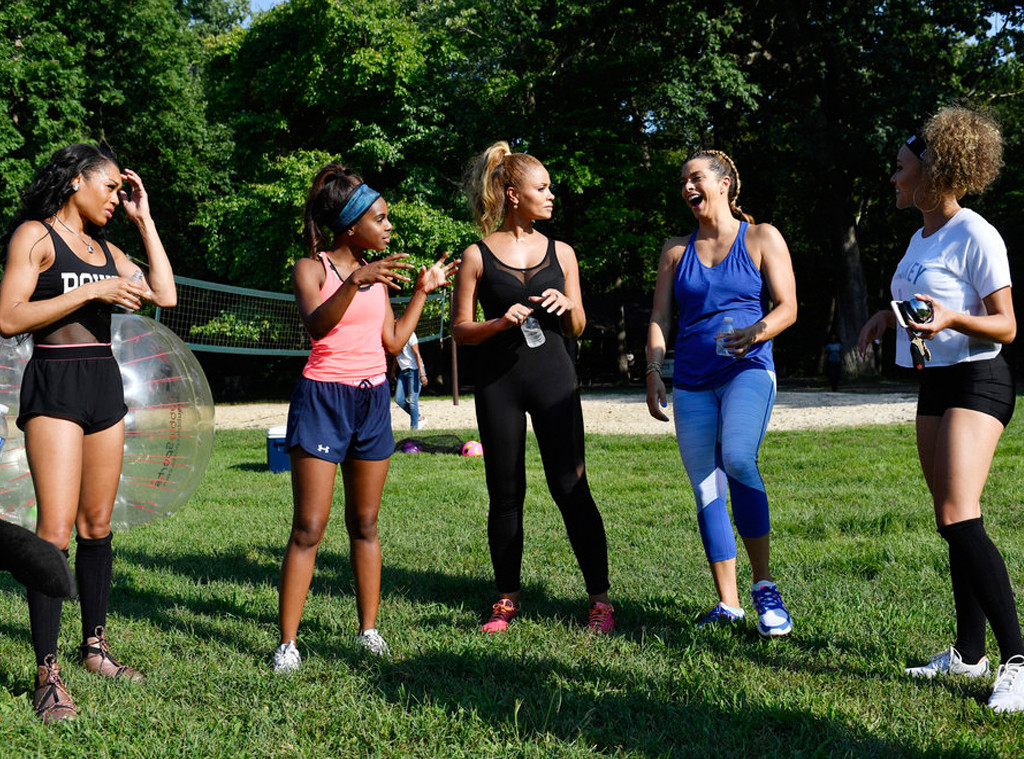 “We always experience having friends and then all of a sudden, things happen in your life. Things change and then you’re no longer friends,” Monique explained. “I was always told people you come in contact with are either for a reason, a season or a lifetime. And I think that’s what this show demonstrates.”

The future podcast host and Not for Lazy Moms blogger added, “I think we are exposing and opening our lives up and showing people our real story.”

And wherever you live, relationships can have some ups and downs. Fortunately, in the Real Housewives franchise, there are end of season reunions to help clear things up.

“There has been a lot going on amongst us ladies on social media and some things that I’ve heard being talked about in the community. Knowing that things got a little heated on the cast trip, I anticipate that it will be quite the same at the reunion,” Ashley teased with us after releasing her song “Coffee & Love” on iTunes. “I’m coming ready to just duke it out with our words and hopefully, for all of us, we get to a better place with honesty. I really do love these gals, even though they get on my damn nerves.”

Karen added, “I am definitely looking forward to addressing some of the lies, exaggerations and wishful thinking and generally setting the record straight—our viewers deserve the truth!”

New episodes of Real Housewives of Potomac air Sunday nights at 8 p.m. only on Bravo.

(E! and Bravo are part of the NBCUniversal family)

Kristen Stewart: The Chances Of Her Actually Joining ‘The Batman’ As Catwoman Revealed