Dodgeball: A True Underdog Story came out 17 years ago. It’s been that long since fans learned the 5 “D” tenets of the game: dodge, duck, dip, dive, dodge. Between brutal rubber ball hits and the ridiculousness of Ben Stiller’s White Goodman, the movie remains a laughter-inducing treat.

Rawson Marshall Thurber wrote and directed the film, but right now he’s on a hot streak with Red Notice. Thurber recently discussed his new movie which stars Dwayne “The Rock” Johnson, Ryan Reynolds, and Gal Gadot. But he also touched on the possibility of reviving Dodgeball. 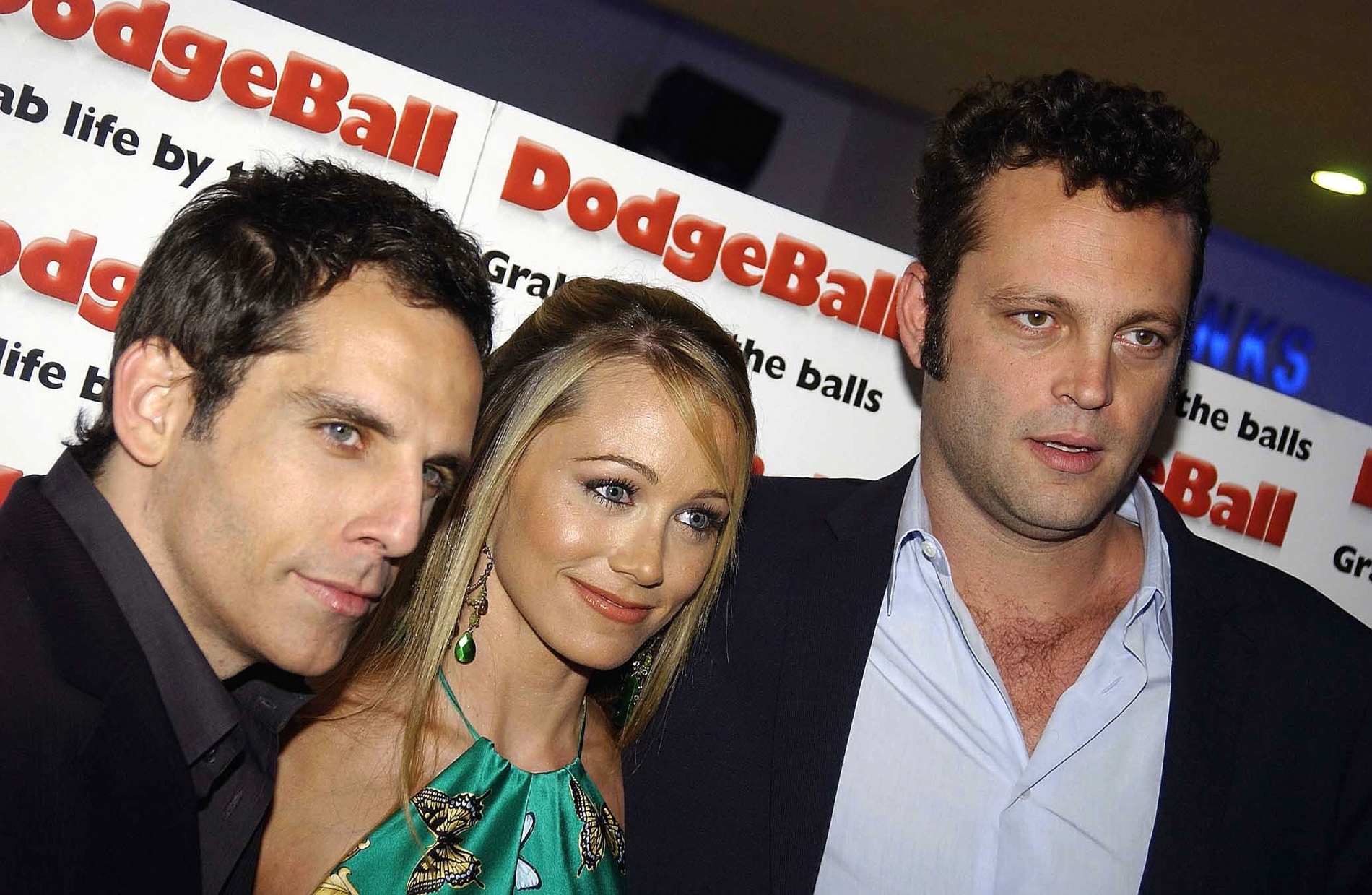 When Thurber spoke with Deadline about Red Notice, he was asked whether he’d consider rebooting Dodgeball as part of a greater universe. And would he consider doing it with Reynolds and Johnson?

“You know what — never say never. I never thought about Dodgeball as a series, but that actually might be fun. I’m really proud of Dodgeball — it’s my first film and something people still really like it seems. I would say never say never, and it would have to be the right take on it. But yeah, maybe.”

Vince Vaughn and Christine Taylor starred alongside Ben Stiller in the comedy, and Thurber would not mind tossing them back into the fold with Johnson and Reynolds. That would be an event to see.

‘Dodgeball 2’ was supposed to happen years ago

Back in 2013, The Hollywood Reporter announced that Ben Stiller and Vince Vaughn would reunite for a Dodgeball sequel. At the time, Stiller’s production company recruited Clay Tarver to write the screenplay.

The storyline would have brought White Goodman and Peter LaFleur together as a tag team to ward off another threat. Imagine getting White to quit singing “Milkshake” to roll out with Pete. It never came to fruition, and Thurber was not attached to the project.

Thurber has a longstanding relationship with The Rock

Red Notice is the third movie Thurber’s worked on with Johnson, and he has no plans to sever that relationship. Previously, the pair linked up for Central Intelligence and Skyscraper. If he ever decided to resurrect the cult classic Dodgeball, it makes sense why he’d want to include him. He laid it out for Deadline.

“I’m someone that writes and directs everything I do, and I think if I want to show that I want to make a movie without Dwayne, I just have to write one without him,” he said. “I’m not looking to do that, and I’m not looking to somehow prove anything to anybody. That said, I love movies, and if Dwayne’s taking a break, then I’ll probably go make some other movies.”

It’s not a guarantee that Dodgeball will hit the small screen, but maybe Vaughn, Stiller, Justin Long, Reynolds, and Johnson would be down for some version of it. Meanwhile, fans can watch Thurber’s Red Notice on Netflix, or stream Dodgeball on Amazon Prime Video.

Super Bowl Halftime Shows Ranked, From U2 to The Weeknd