It may have been a home in an inner-south suburb of Sydney to go under the jackhammer but Seven Network's renovation show has also been remodelled with a house-flip first.

In what can only be described as a financially tactical move, the network bought a "renovator's delight" for $1.25 million in Sydney's upcoming "cafe cool" area of Rosebery, with the view of flipping it in seven days off the back of the blood, sweat and tears of its House Rules contestants. With a median house price of $1.84 million, this time last year, the area has been attracting families who are being priced out of Surry Hills. 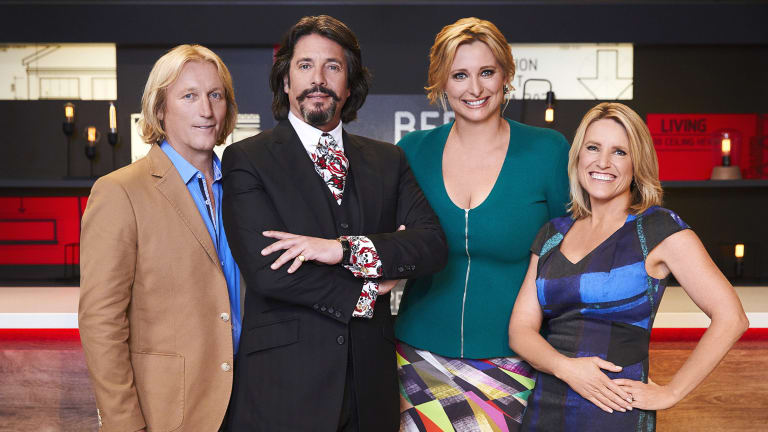 So when the auctioneer's hammer fell at $1.65 million on House Rules' fully furnished four-bedroom, two-bathroom house, the contestants' glee was palpable. A possible cash prize of $355,000 on top of their own renovated homes in some cases paid off their mortgage, as Victorian couple Leigh and Kristie pointed out.

And the move has already proven wise given the show's lacklustre premiere. Pitted against Ten's MasterChef  launch on Monday night and Nine's The Voice, House Rules was nowhere to be seen in the top 10 rating shows.

Attracting just 607,000 viewers across the five major cities, it placed 12th behind ABC's 7.30, The Chase and Home and Away. The Voice pulled in 949,000 viewers, coming in fifth place behind the regular news slots on Seven and Nine, and MasterChef came in seventh with 890,000 tuning in for the new season. MasterChef, however, won all the key age demographics, just ahead of The Voice.

Despite a slow start in the ratings, Seven continues to support the show gradually building momentum over its seasons.

"The viewing number posted last night was right on target for show one week one," a Seven spokeswoman said.

"This will build to a bigger number as the competition gets going and the audience gets to know the new team of renovators."

Last year, House Rules again started slowly but celebrated some of its highest rating episodes thanks to the tears and tantrums of TV villains Bec and Troy when pitted against the show's "most hated women" Fiona and Nicole, which helped propel the show into the one million viewership ahead of MasterChef.

The Met Gala Is Reportedly Happening This Year, But With a Different Date