The TV host enjoyed the heatwave that the capital's been experiencing lately while he ran some errands. 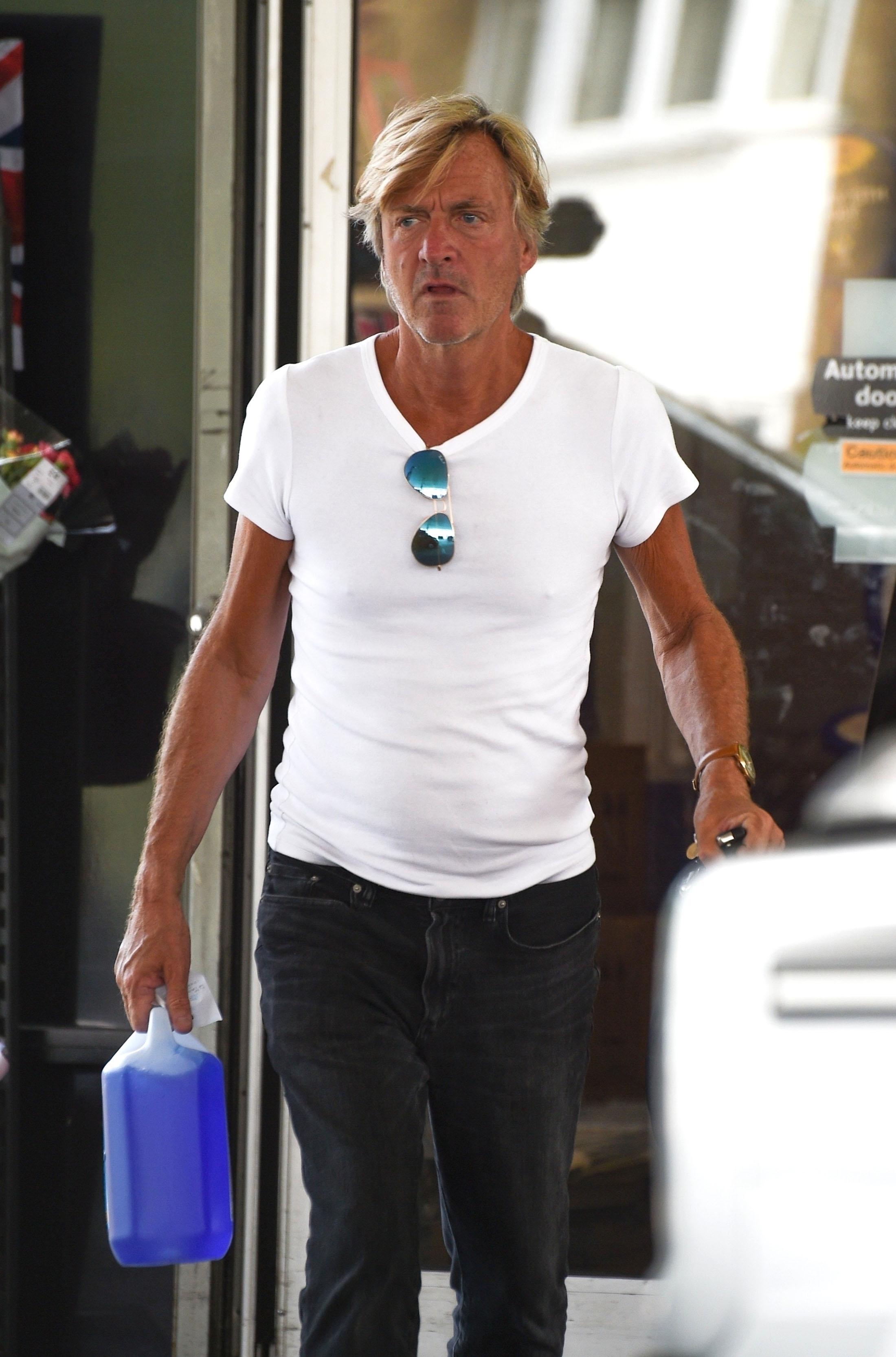 The handsome 62-year-old managed to squeeze in some odd-jobs ahead of his busy presenting schedule.

His TV career has spanned over 20 years and he – alongside wife Judy Finnigan – have gone on to become household names and telly faves.

And now – after it's been confirmed that he's to become a regular fixture on Good Morning Britain – he'll be having a lot less down time to get through his to-do list. 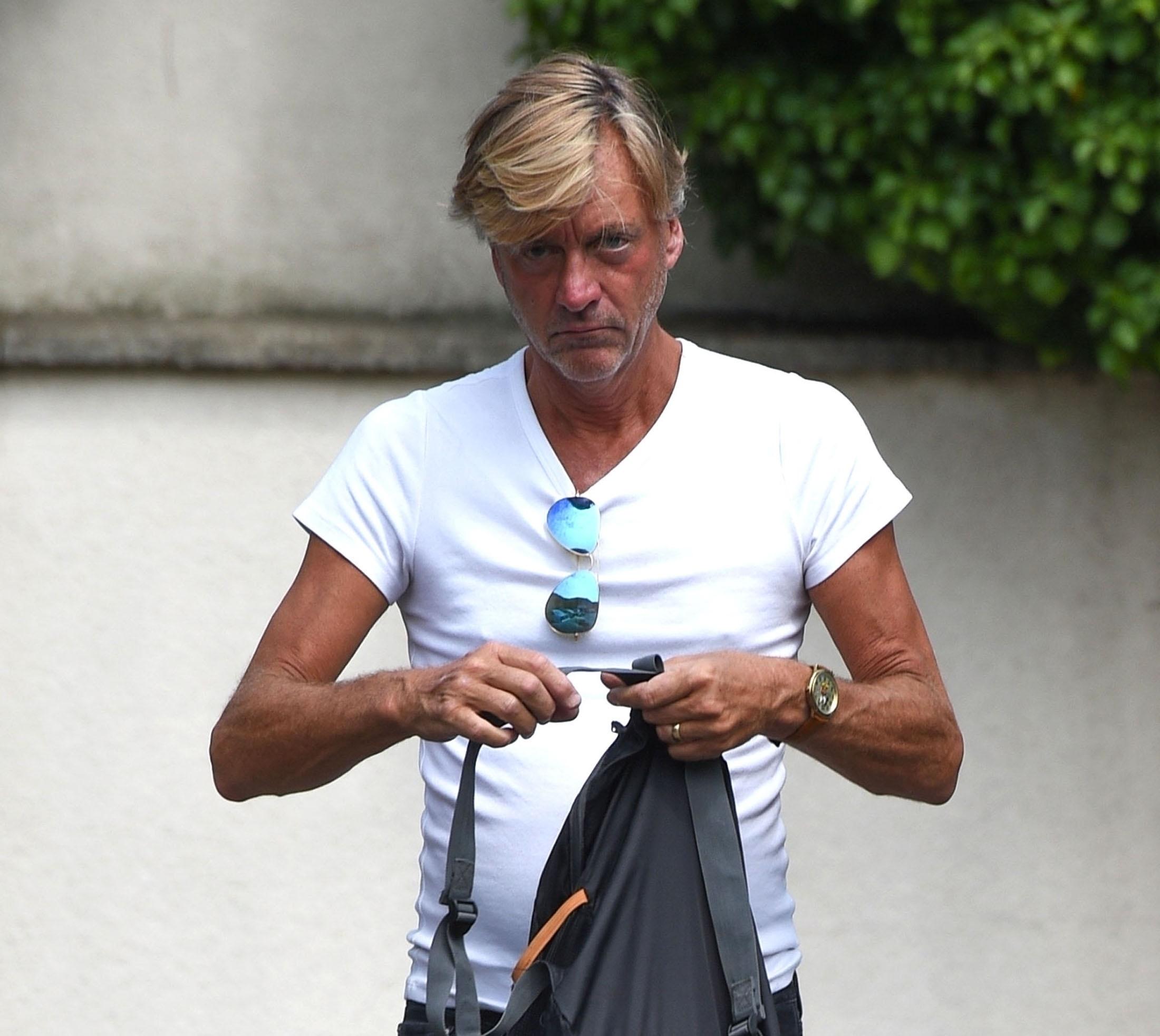 The father-of-two looked away with his thoughts as he filled up his white Beetle in Hampstead.

He looked comfortable yet stylish in a pair of black jeans and a classic white T-shirt which he paired with some funky reflective aviators.

Just yesterday he was spotted enjoying some quality 'me-time' in a pub garden in Hampstead. 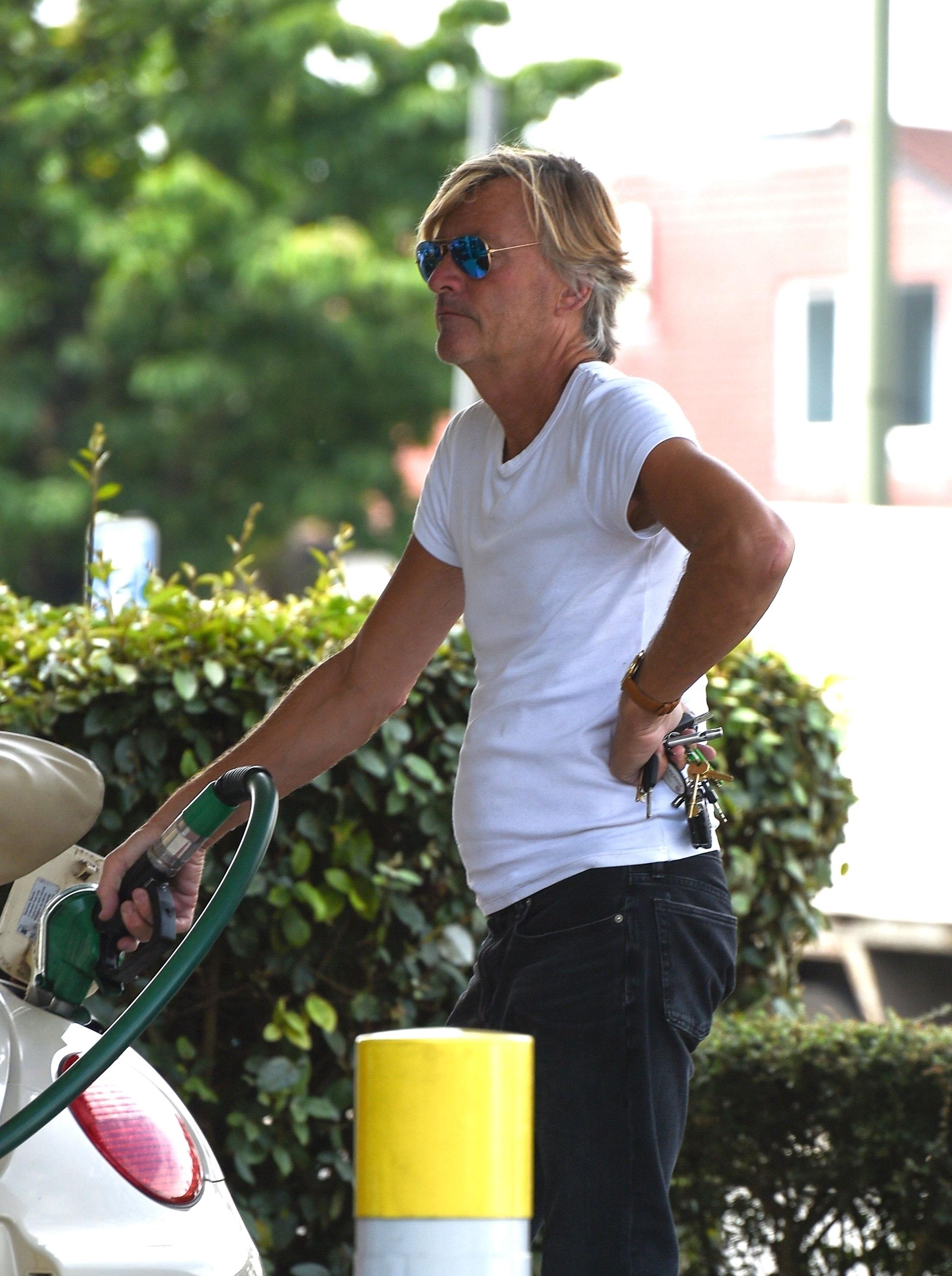 Leaving wife Judy at home, he knocked back a refreshing glass of white vino on the warm summer's day.

However, Richard's peace and quiet didn't last long, when a group of three attractive women surrounded him and tried to strike up a conversation.

Richard's solo outing comes after The Sun revealed he is joining the Good Morning Britain team permanently after ratings surged when he appeared on the show. 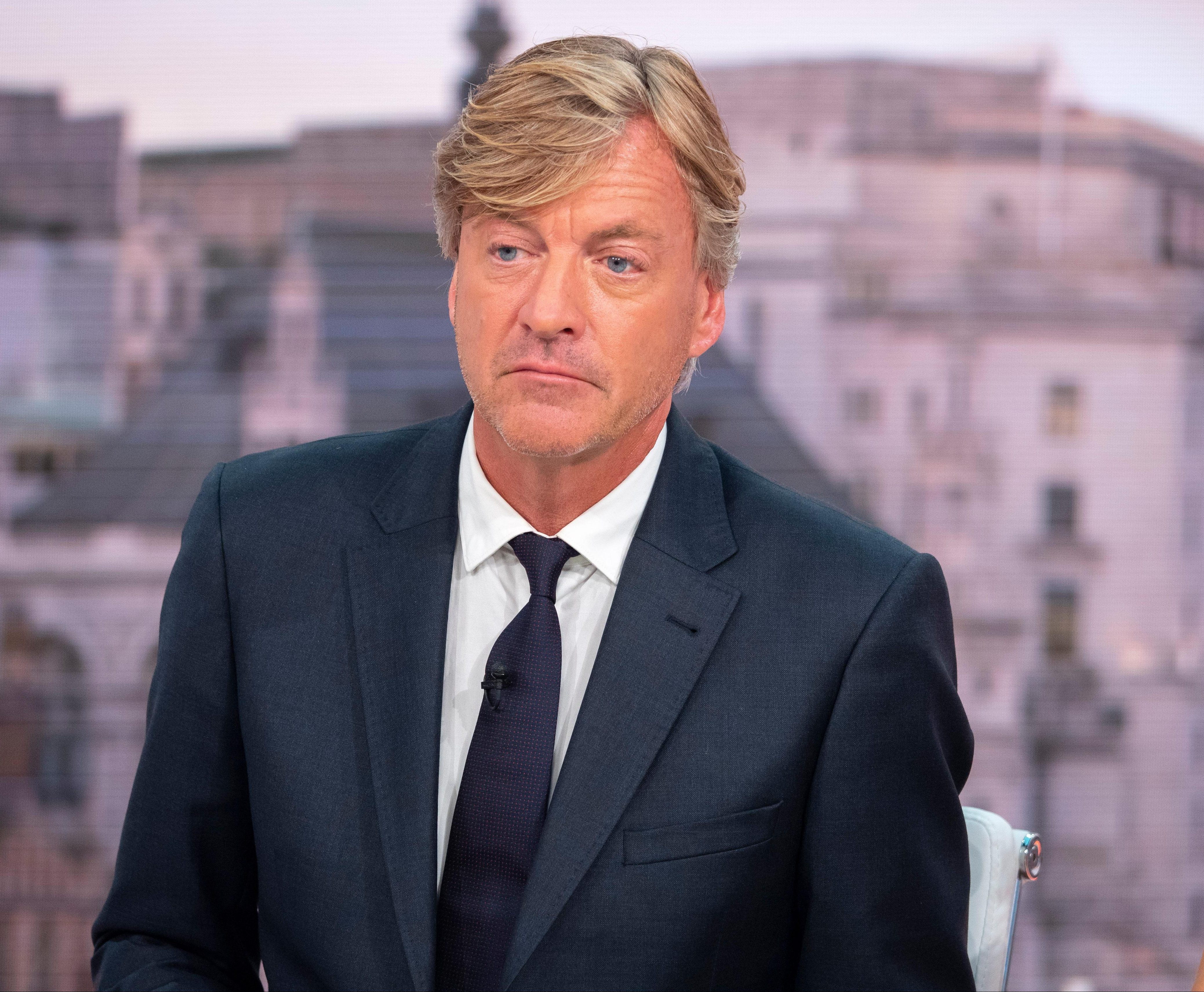 Richard had a lunch meeting at The Ivy, central London, two weeks ago with GMB boss Neil Thompson and Head of ITV Daytime Emma Gormley to agree terms.

It comes weeks after his interview with Defence Secretary Gavin Williamson went viral, with Richard cutting the minister off for failing to give a straight answer.

The star, famed for the Richard and Judy show with wife Judy Finnigan in the 90s, will join regulars Piers, Susanna Reid, Ben Shephard, Charlotte Hawkins and Kate Garraway. 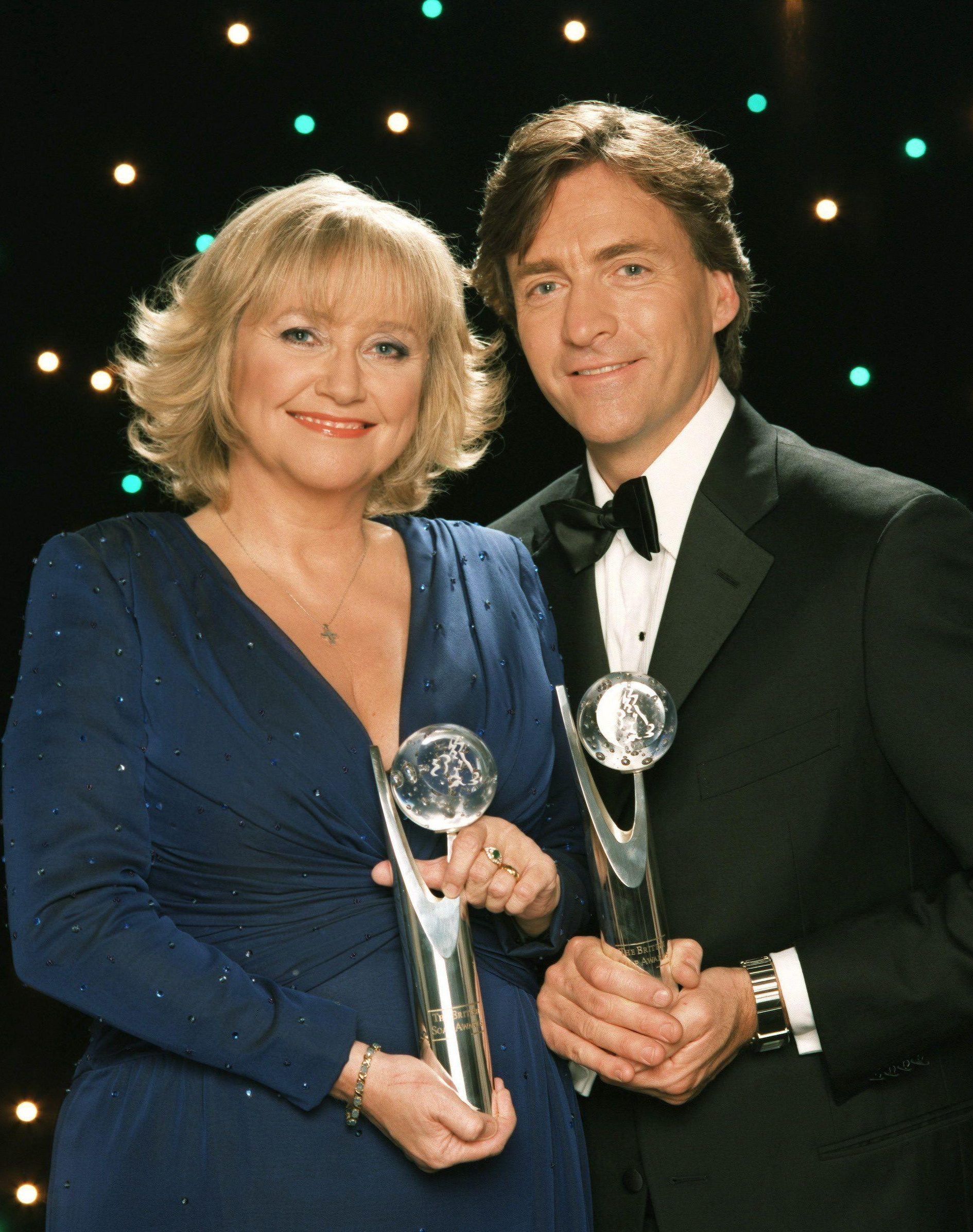 "Both ITV and Richard are keen for him to become a regular member of the GMB family.

"He’ll be Piers Morgan’s regular stand-in during his fairly regular holidays, and do one day every couple of weeks.

"Viewers love how renegade Richard is.”

Good Morning Britain has been closing the gap on its BBC Breakfast rival and is up 12 per cent on viewing figures from last year.

Richard married wife Judy in 1986, and they have two kids together – Chloe and Jack.

'The Office': The Deal Producer Struck With James Spader to Give Fans More Robert California