From Lorena director Joshua Rofé comes the Hulu docuseries Sasquatch, which he describes to ET as a “paranoid thriller meets a graphic novel come to life.” Over three episodes, Rofé follows gonzo journalist David Holthouse as he investigates a haunting rumor about three men who were brutally murdered by Bigfoot in Northern California cannabis territory to find out if there’s any truth behind what happened that night in 1993.

As Holthouse digs deeper into various conspiracy theories, Rofé also sits down with several Bigfoot believers, including life partners Wayne and Georges, who truly are the unexpected breakout stars of this docuseries.

First introduced halfway through episode one, “Grabbing at Smoke,” Wayne and Georges immediately start bickering over differences in beliefs about Bigfoot.

“Where do we differ on what sasquatch is?” Wayne asks, and to which Georges immediately replies, “You believe that sasquatch can teleport—,” before being interrupted with a stern “no.”

“You do,” Georges continues, “and you believe he can cloak and all that other f**king bullsh*t.”

“The only thing I believe,” Wayne tries to clarify before getting cut off again by Georges, who firmly says, “He’s just a being. A blood-and-guts human being kind of creature.”

While not directly tied to Holthouse’s increasingly dangerous mission, the duo, like many people featured in this docuseries or that Holthouse encounters, has a real fear of Bigfoot.

“My first encounters were when I was 10, when I saw out the window at 2 o’clock in the morning those eyes. And I remember screaming,” Wayne says, while Georges recalls being out in the woods camping and his tent is attacked. “I’m just terrified the rest of the night.” 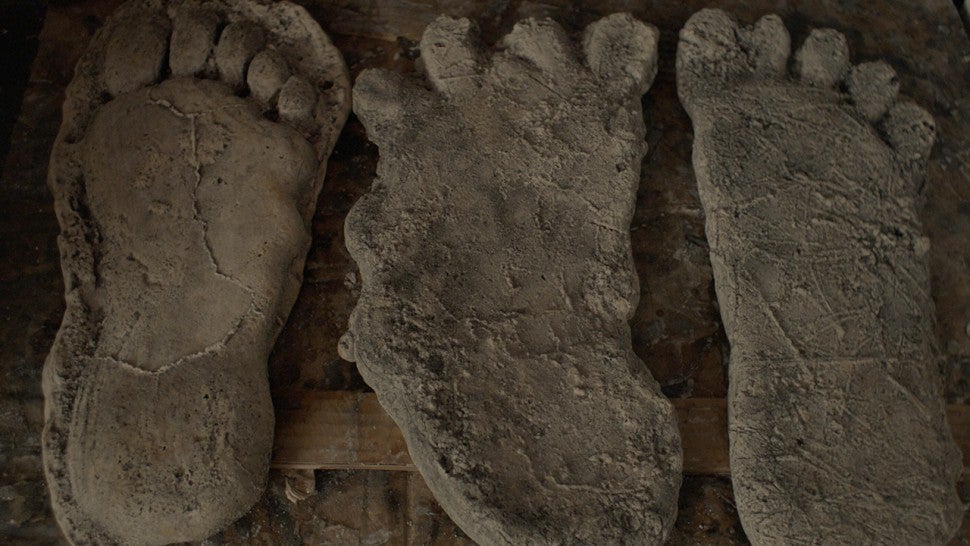 No matter what audiences watching the docuseries may believe, Rofé says there’s something truly “special” about the conviction they have in their beliefs and experiences surrounding Bigfoot.

While the director knew Holthouse from previous projects, he found the couple via Facebook after joining a few sasquatch groups to ask if anyone had heard about the rumors they were investigating. “In one of the groups, Wayne was commenting a fair amount. And I really found his comments compelling,” Rofé recalls. “There was such conviction in the things that he was saying.”

After being asked if he wanted to speak on-camera, Wayne says, “Hey, my partner, Georges, he loves sasquatch as much as I do. It’s actually, you know, one of the most important things in our lives.”

Rofé says now, after sat down with both of them, “One of the things that I’ve really found most fascination about the sasquatch world is here you have two people, who there’s so much in life that they agree upon, but arguably [when it comes to] the biggest thing in their lives, they don’t agree.”

The director adds, “The conviction with which they hold for their respective beliefs and [how] they refused to budge an inch, I felt that was really special… It just speaks to how sasquatch can mean a different thing to anybody.”

While Wayne and Georges may not be the focus of the docuseries, they truly are heart and soul of what it means to be a sasquatch believer.

Sasquatch is now streaming on Hulu.

When will gyms reopen? – The Sun

Better Call Saul season 6: When will the next series be released on Netflix? – The Sun