If you grew up in the ’90s, chances are good you are familiar with the long-running sitcom Saved by the Bell. In 2020, NBC brought the gang back together for a reboot series of the same name. Airing on the Peacock streaming platform, fans of the original show had a chance to see their favorite group of students all grown up. Season 2 of Saved by the Bell is on the horizon, and a sneak peek trailer was just released. In it, the show’s characters poke fun at ’90s teen show reboots, saying, “Get a new idea, Hollywood.”

Are they right? Are the days of bringing back old sitcoms over? Here’s what to expect in season two of Saved by the Bell.

Many of the original cast members are back for the reboot 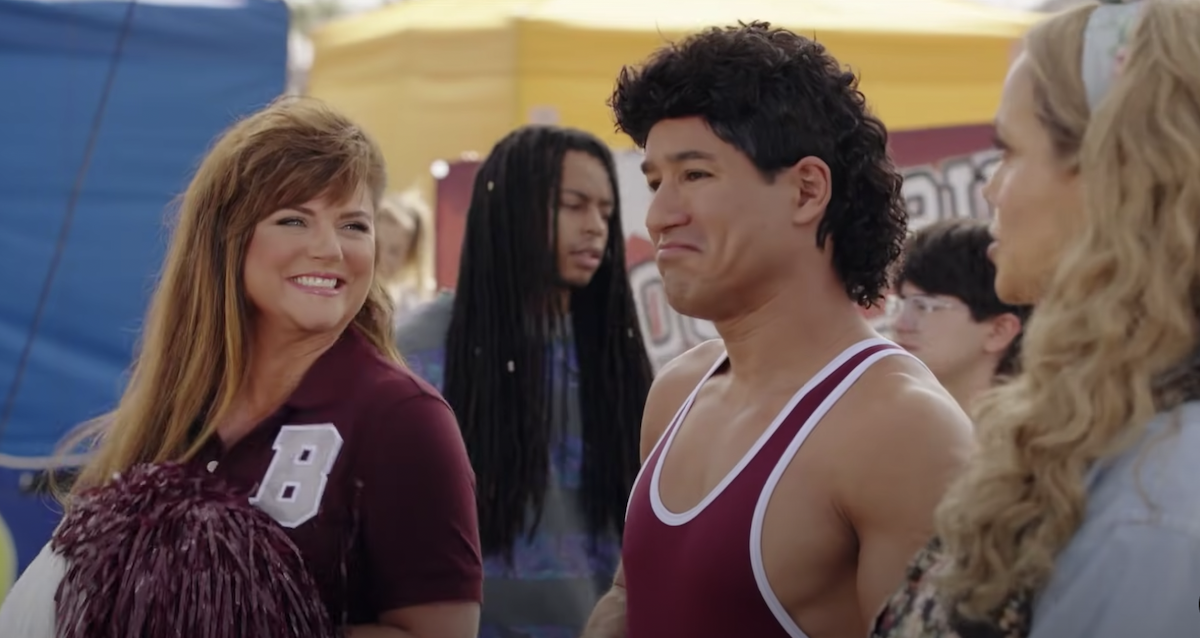 Saved by the Bell was one of the biggest hits of the ’90s. The series centered on the trials and tribulations of a group of friends trying to make their way through high school. The teen sitcom became a cultural phenomenon, running from 1989 to 1993 every Saturday morning. Biography points out the series was hugely successful because “Up to that point, cartoons dominated the airwaves, which didn’t sit well with tweens and teens wanting something a little more on their level.”

The reboot of Saved by the Bell revealed the main character, Zack Morris, played by Mark-Paul Gosselaar, is now the governor of California. According to IMDB, Governor Morris institutes a program where “low-income high school students are transferred to Pacific Palisades’ wealthy Bayside High.”

Many cast members of the original series are part of the Saved by the Bell reboot. Mario Lopez returns to reprise his role as A.C. Slater. Still looking like he did several decades ago, the Access Hollywood host is now Bayside High School’s football coach.

Jessie Spano, played by Elizabeth Berkley, is the school counselor, and Tiffani Thiessen returns as Kelly Kapowski. Lisa Turtle, played by Lark Voorhies, made a cameo in the first season and is teased in the new season 2 trailer of Saved by the Bell.

Sadly, Dustin Diamond, who played Screech, is not part of the show, as he died in February 2021. According to Fandom, “In the 2020 reboot, he is revealed to have moved into the International Space Station.

In November 2020, Saved by the Bell fans gathered around their television sets to watch the highly anticipated reboot of America’s favorite teen sitcom. Almost a year later, the Bayside High students are ready for another round. Season 2 of the Saved by the Bell reboot premieres on Nov. 24, 2021, on Peacock, with 10 new episodes.

According to TV Line, the first season ended with Governor Morris putting a “three-year freeze on all school openings and closures, affording Douglas High transplants Daisy, Aisha, and Devante the opportunity to continue their studies at Bayside.” The second season starts with all the fan favorites sitting in the beloved diner booth for the episode titled “The Last Year Dance.”

The season 2 trailer is filled with high energy as students prepare for the Southern California School Spirit Competition. Slater and Spano seem to be growing closer, and according to ET Online, Mac is ready to move out of his father’s shadow. Meanwhile, Principal Toddman (John Michael Higgins) reminds the group how important it is to learn from the past to avoid repeating it.

Lexi (Josie Totah) proclaims, “That’s why we have all these reboots of TV shows from the ’90s. Get a new idea Hollywood.” People points out this clip in the season 2 trailer is a “tongue-in-cheek reference to the show itself.”

Season 1 of ‘Saved by the Bell’ had mixed reactions

Despite the nostalgia factor, Rotten Tomatoes gave the season one reboot a score of 76 percent on the Tomatometer, with an average audience score of 56 percent.

Critics of the show felt the frequent jokes were “little more than random pop culture references made for the sake of making them.”