Home » TV & Movies » ‘Say I Do’ on Netflix Is ‘Queer Eye’ Meets ‘The Wedding Planner,’ So Prepare to Cry

Netflix has a new Queer Eye on its hands: Say I Do. And get this: It’s wedding themed.

That’s right: For everyone out there looking for their next feel-good binge-watch—something to remind them that the world can, in fact, be a beautiful place—this is the show for you. When I say it’s Queer Eye but for weddings, I mean exactly that. The conceit is simple: Deserving couples who, for many reasons, couldn’t get their wedding wishes off the ground have everything granted by three stylish queer men. There’s fashion designer Thai Nguyen, who handles the wedding dress; chef Gabriele Bertaccini, who prepares the menu; and interior designer Jeremiah Brent, who puts together the space and the schedule of events.

The best part is there’s always an element of surprise: One person in the couple is left in the dark until they’re proposed to, and by that point most of the dream wedding plans are in place. You can’t go wrong with any of the episodes, really. Pick one at random, sit back, and prepare to cry.

But in my opinion, the first episode really encapsulates everything that’s beautiful and heartwarming about this show. It centers on a young couple, Marcus and Tiffany, whose first wedding was an absolute disaster. (Like, at one point there was an actual fire.) Fast-forward several years later, and they have a young daughter and are healing from the sudden deaths of Tiffany’s sister and father. Enter Jeremiah, Gabriele, and Thai, who not only give Marcus and Tiffany the wedding of their dreams but start them on the process to rebuilding their family. There’s one scene with Tiffany, Jeremiah, and a park bench that absolutely wrecked me⁠—but I won’t say anything other than that. Just trust me when I say it’s sob central. 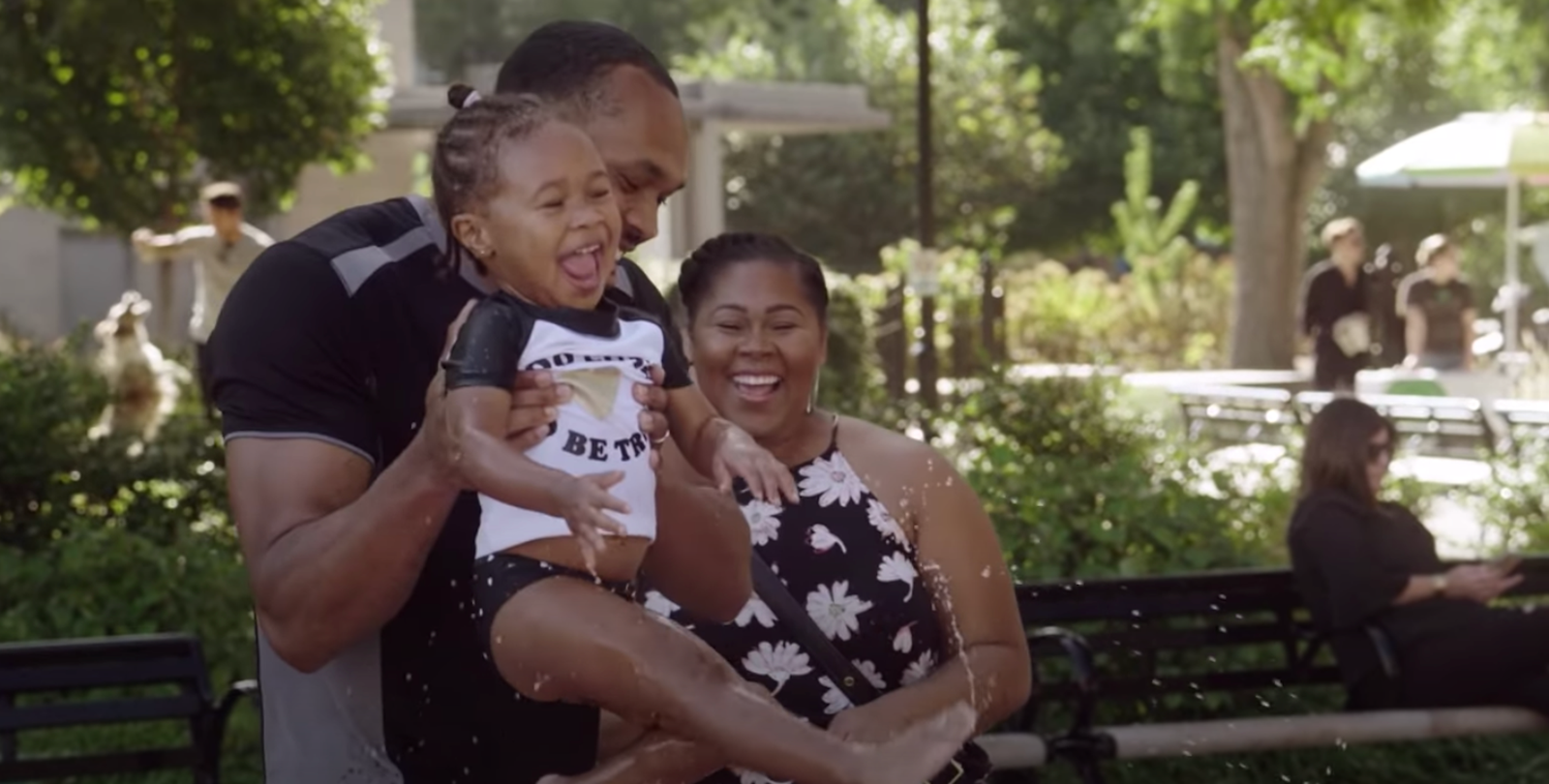 Marcus, Tiffany, and their young daughter from “Say I Do” episode one.

If I’m being totally honest here, I’ve been crying a lot over the past few months—mostly out of fear, out of sadness, out of disappointment and anger at the horrors 2020 has presented. I’m not sure how many of those tears I have left, but it turns out I have a large supply of “good cry” tears in stock. That’s exactly what Say I Do is: a glorious excuse to let out a good cry. To indulge in some much-needed catharsis.

You’ll love this show for all the same reasons you’ve enjoyed the new Queer Eye these past few years. On the surface, the shows may seem superficial. For Queer Eye, it’s new clothes and hair. For Say I Do, it’s a glitzy wedding. But beneath the bead and lace is actually a beating heart and real exploration of some serious issues.

In that first episode of Say I Do, for example, Gabriele comes out to Marcus as HIV-positive after Marcus opens up about his type 1 diabetes. They have a very raw conversation about how their lives changed from one day to the next—while simultaneously going over wedding dinner options. It’s one of the most poignant moments I’ve witnessed on reality TV in quite some time. 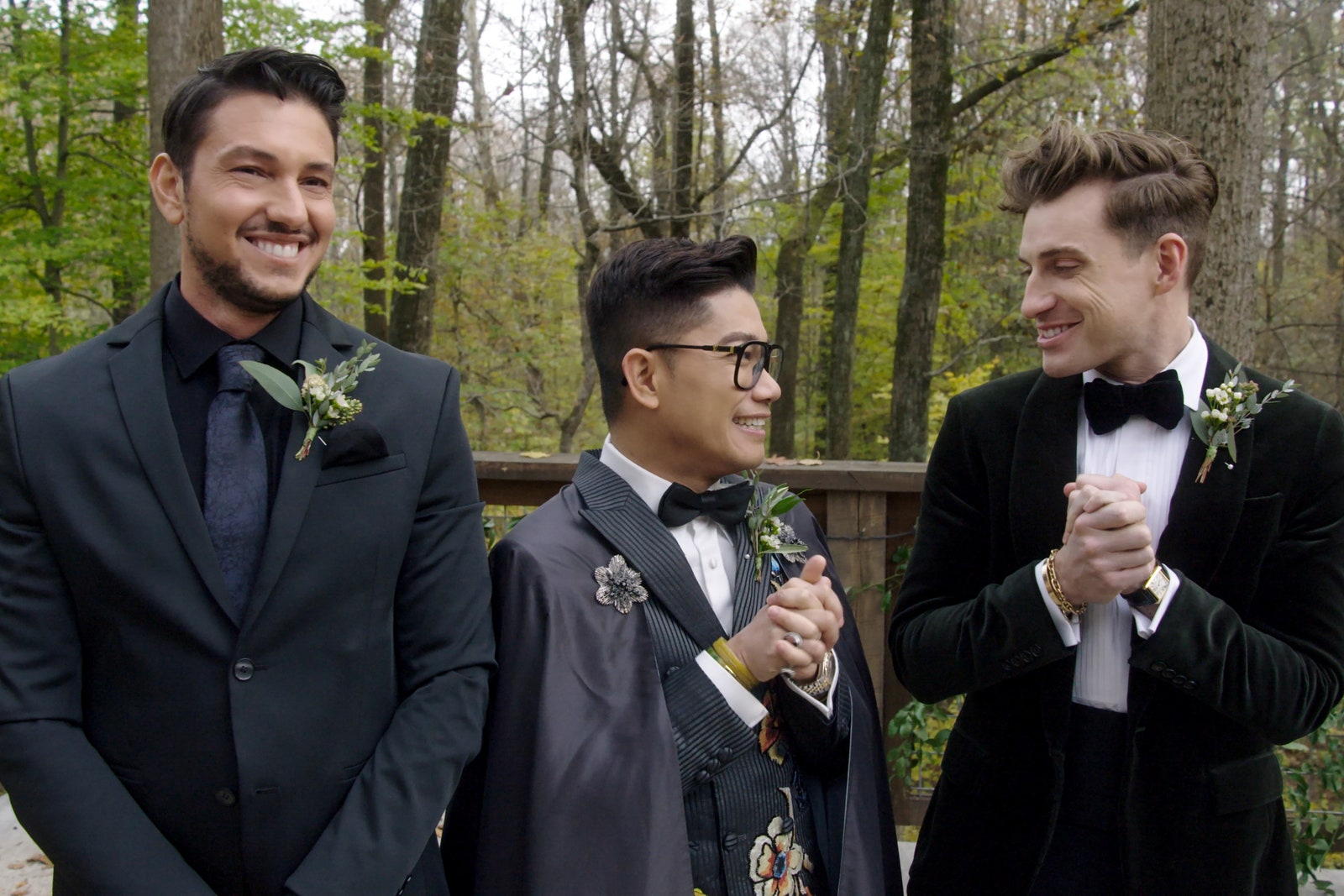 I had only one minor problem with Say I Do: when the brides were left in the dark about their own damn wedding dresses. Assuming what your partner wants to wear on the day of their wedding is…bold, to say the least. I couldn’t help but imagine scenarios in which the clothes weren’t well-received. Based on a conversation Thai has with Marcus about Tiffany, he decides to make her a black wedding dress. Full on! Even Jeremiah has pause when Thai makes this decision. Luckily, the dress turns out stunning, but that’s just not something you leave up to chance. Then again, this is reality TV. That’s part of the fun.

Say I Do is a show I can see continuing for years and years. Our culture loves weddings, and we love to feel things. This series infuses both of those things with so much spirit that Queer Eye looks downright jaded. Speaking of which: If that Fab Five and this Fab Three could get together for a crossover episode, then we’d really be in business. Start with me, please: I need both a husband and tips for properly nailing a French tuck. Thanks in advance.

Say I Do is now streaming on Netflix.

See Stars Borrowing or Bartering Food Amid the Coronavirus Pandemic