Last week The Sun Online exclusively revealed how Scarlett, 28, had split from her boyfriend after branding him a "cheating, pathological liar" in an emotional Instagram post. 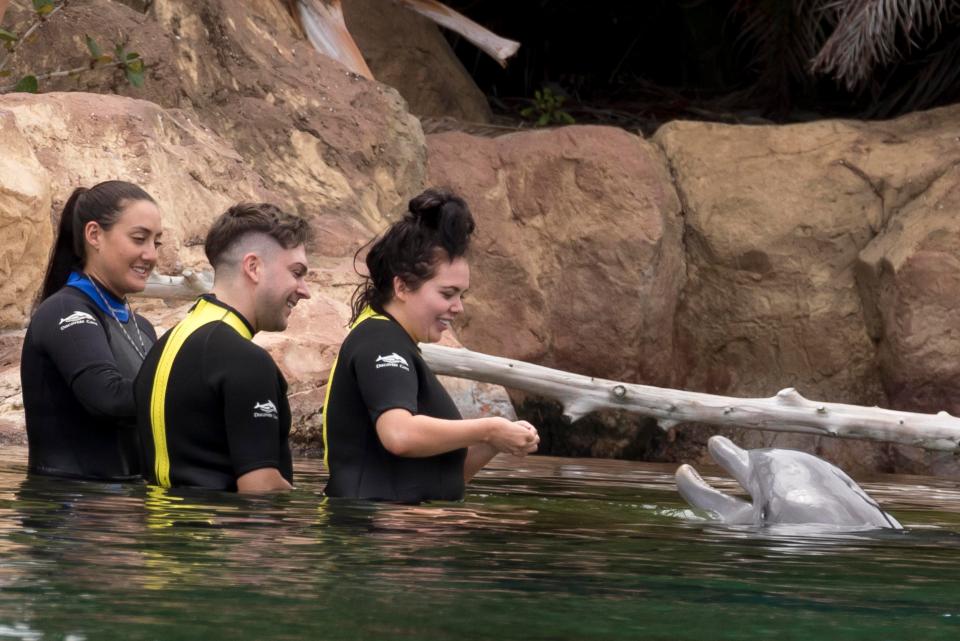 We then exclusively told how the furious star had taken Lee's name off a plane ticket to the US for what should have been a romantic holiday together and swapped it to one of her BFFs instead.

It looks like Scarlett is well and truly putting her heartache behind her as she was all smiles while swimming with the dolphins alongside her friends.

Donning a wetsuit and heading into the water, Scarlett happily posed for pictures before being greeted by the dolphins, who she fed, patted and even kissed during the fun session.

With her hair piled up in a messy top knot and without a scrap of make-up, Scarlett looked relaxed as she chatted to her friends and fellow tourists, before following instructions from the dolphin trainers. 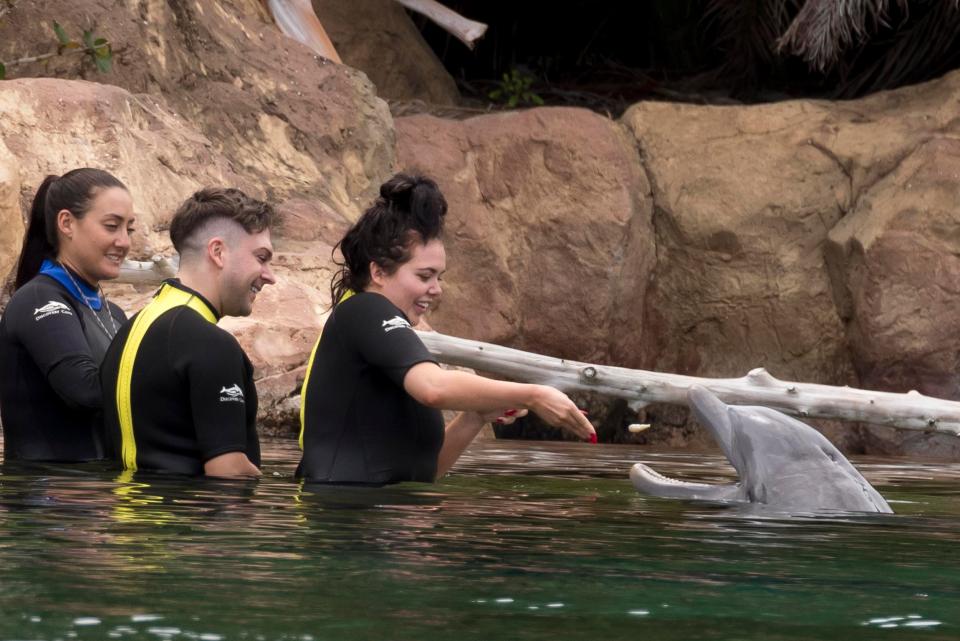 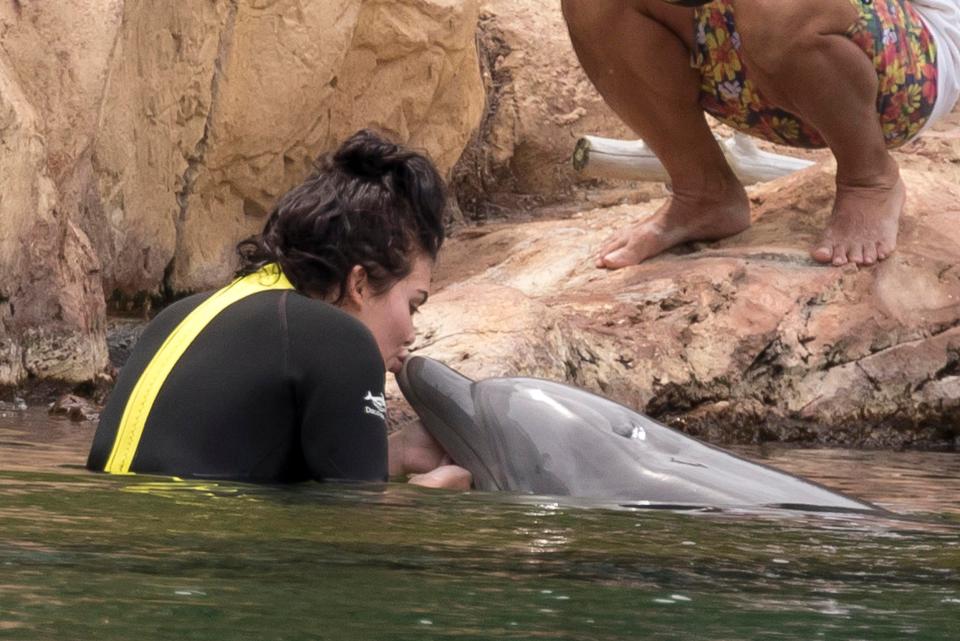 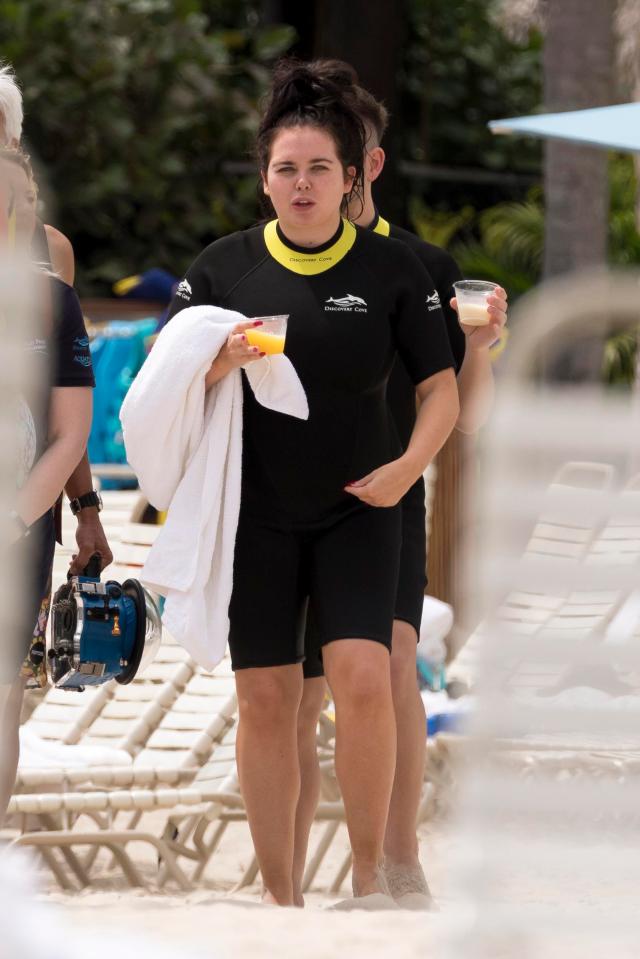 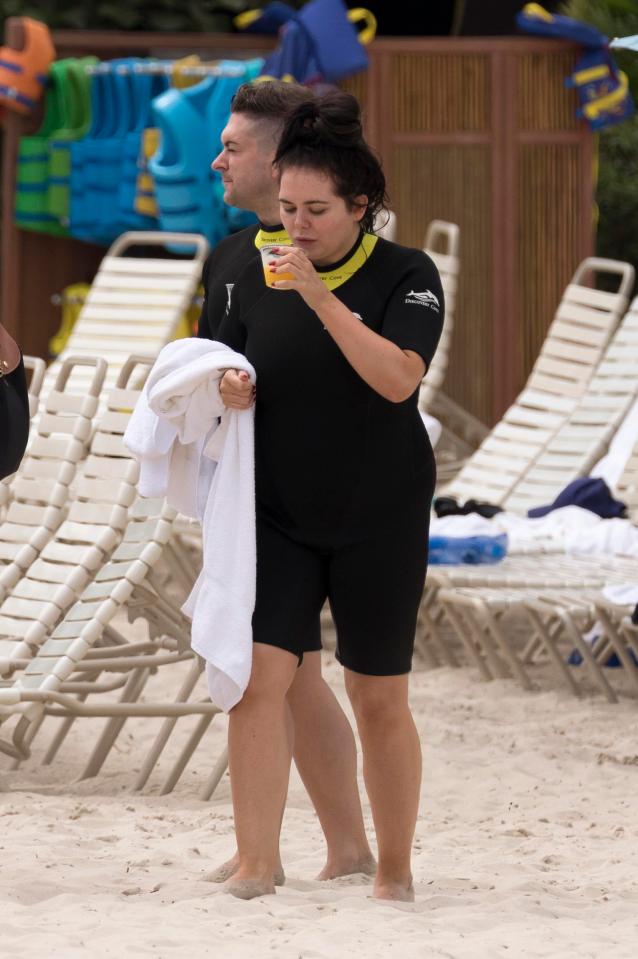 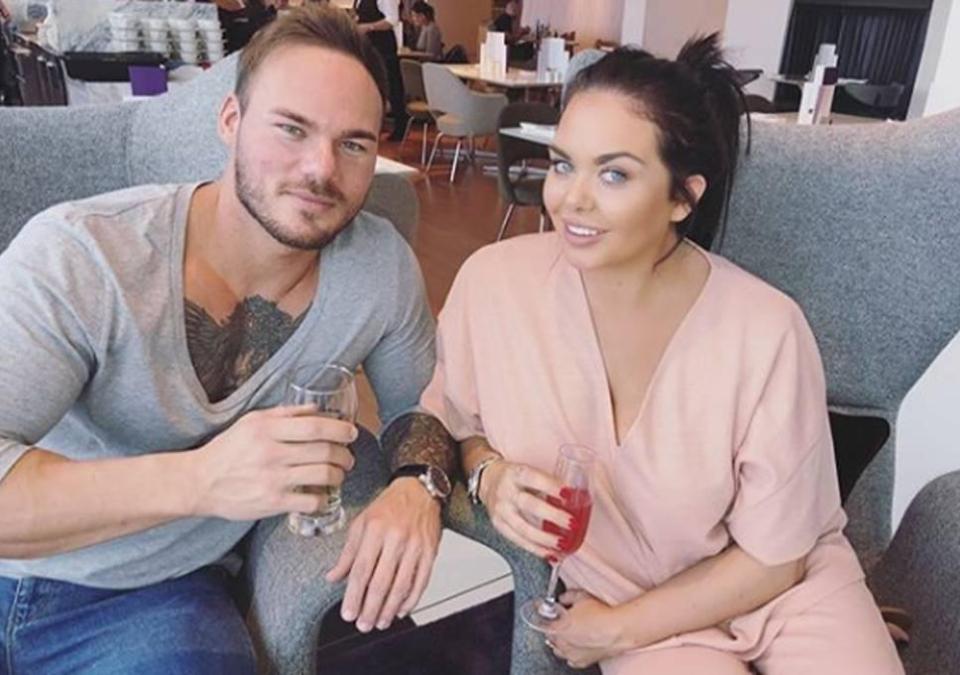 Afterwards, Scarlett switched into a pair of black shorts and a loose pink T-shirt which hung off her shoulder as she walked across the sand.

The star added a red headband for an extra splash of colour and, taking to her Instagram Stories, Scarlett described the experience as "the best day ever" – which is sure to be an extra kick in the teeth for Lee who should have been enjoying it with her.

Early on Friday morning Scarlett declared "one girl is normally enough" in a candid video before laying into her ex in a scathing Facebook post.

She appeared to compare Lee to Henry VIII, who had six wives, in an Instagram video before going for the jugular on her other social media site. 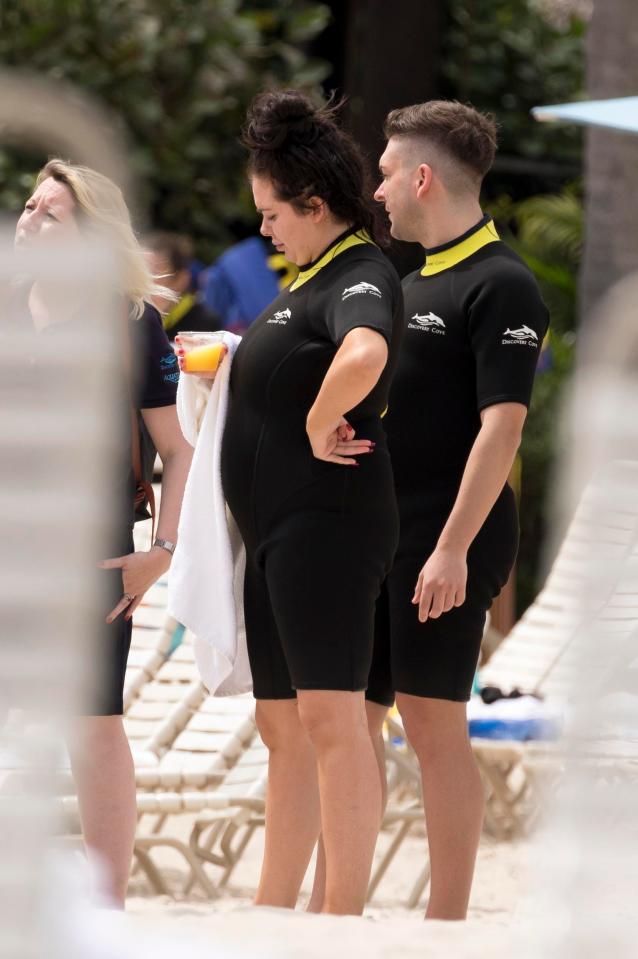 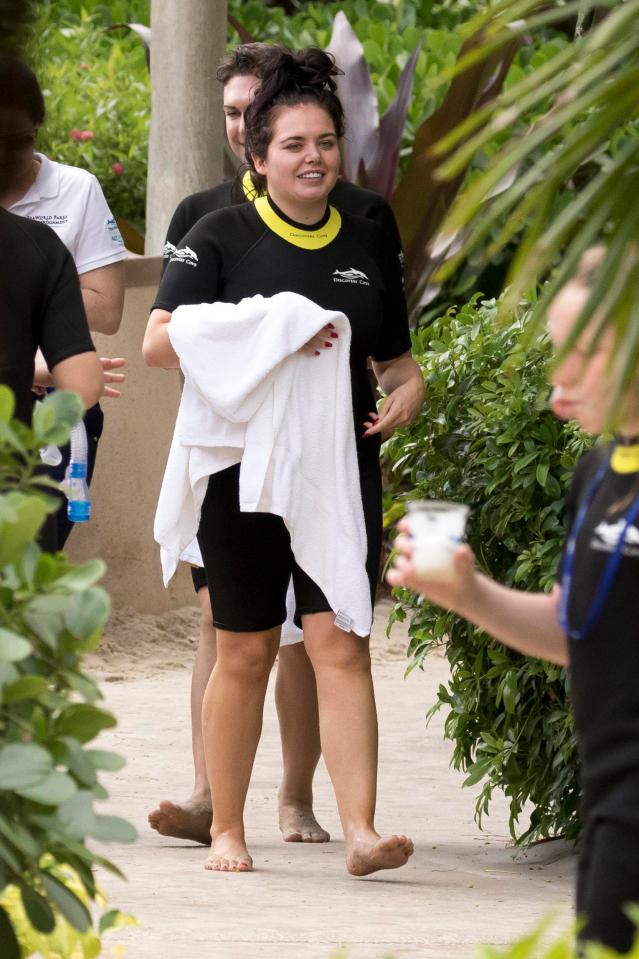 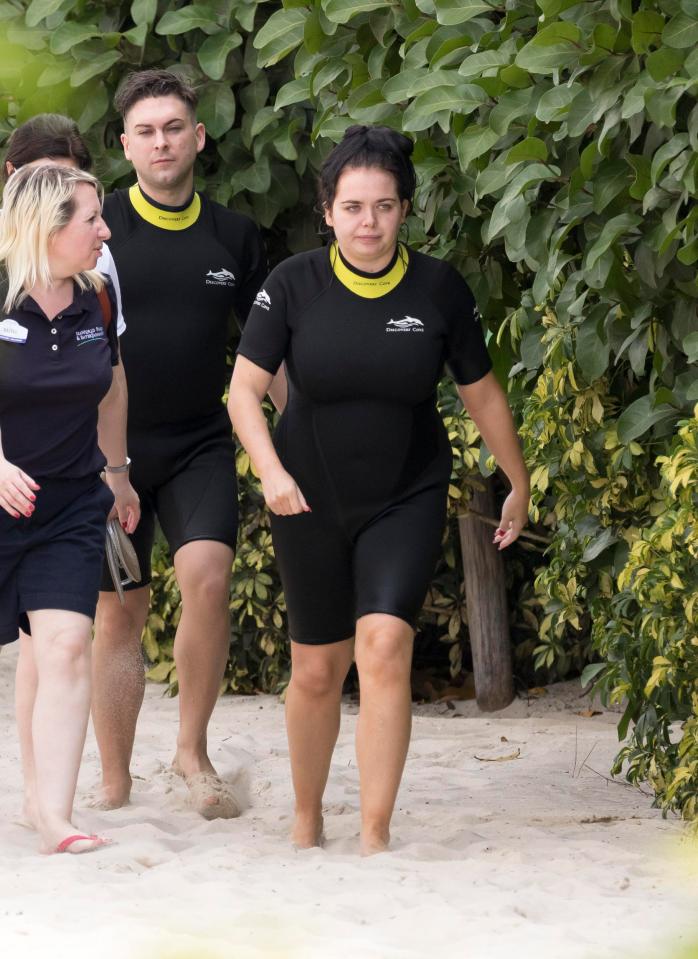 She also wrote: "It scares me how much you think you can know someone. Trust is everything."

A source close to the Geordie presenter told The Sun Online about the ticket switch: “Scarlett is no mug – as soon as she gave Lee the boot she told her pals there was no way she would let him ruin her holiday.

“She’s been so excited about this break with him. But she won’t let it hang over her now he’s gone. 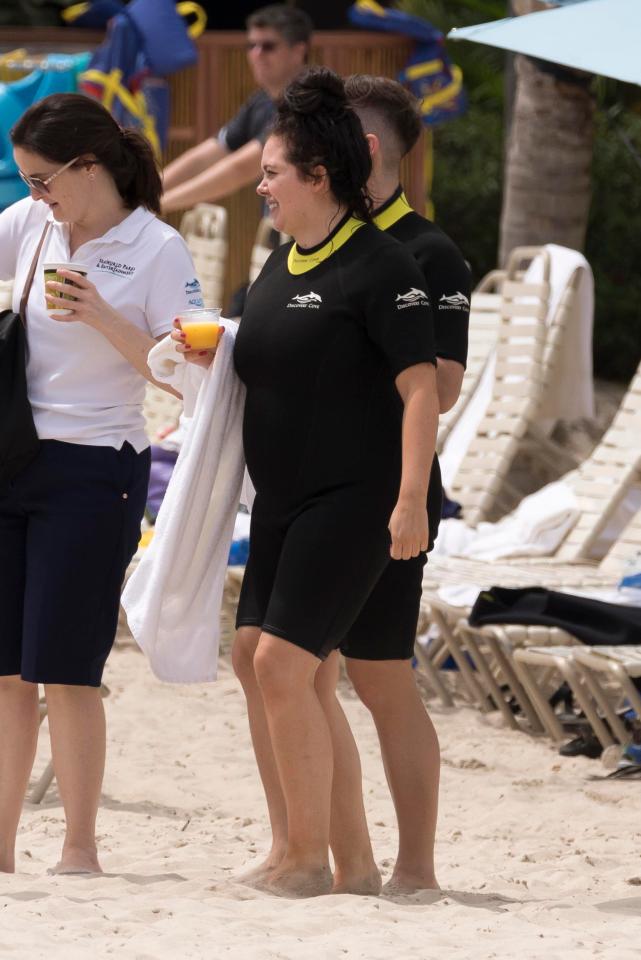 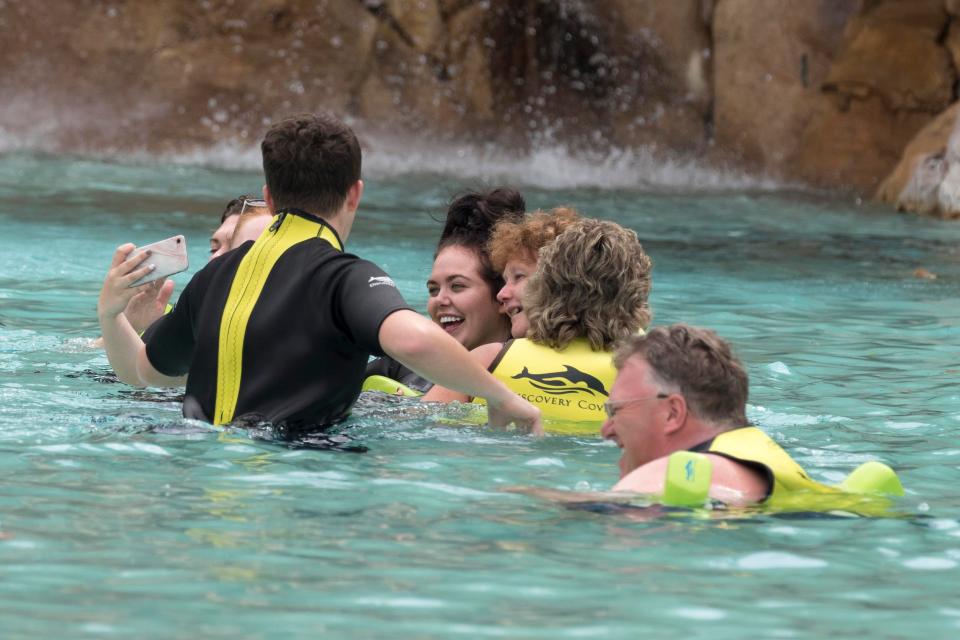 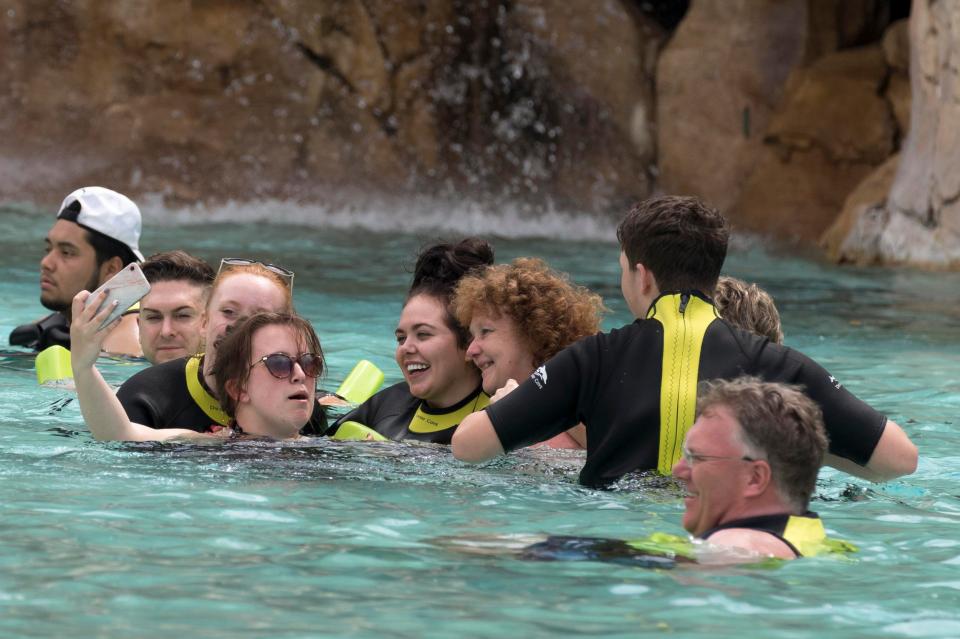 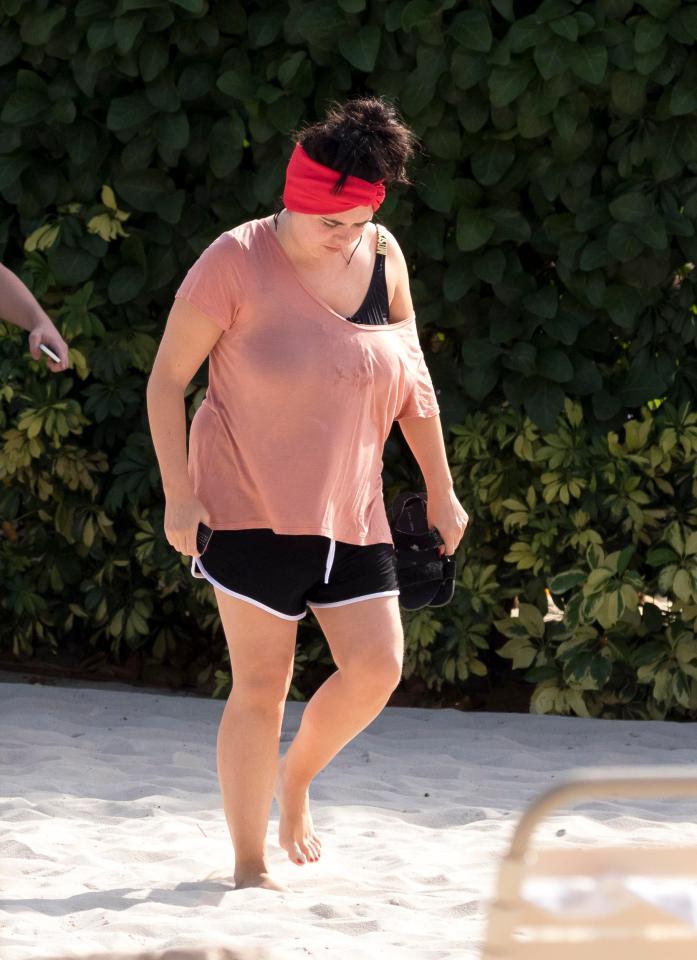 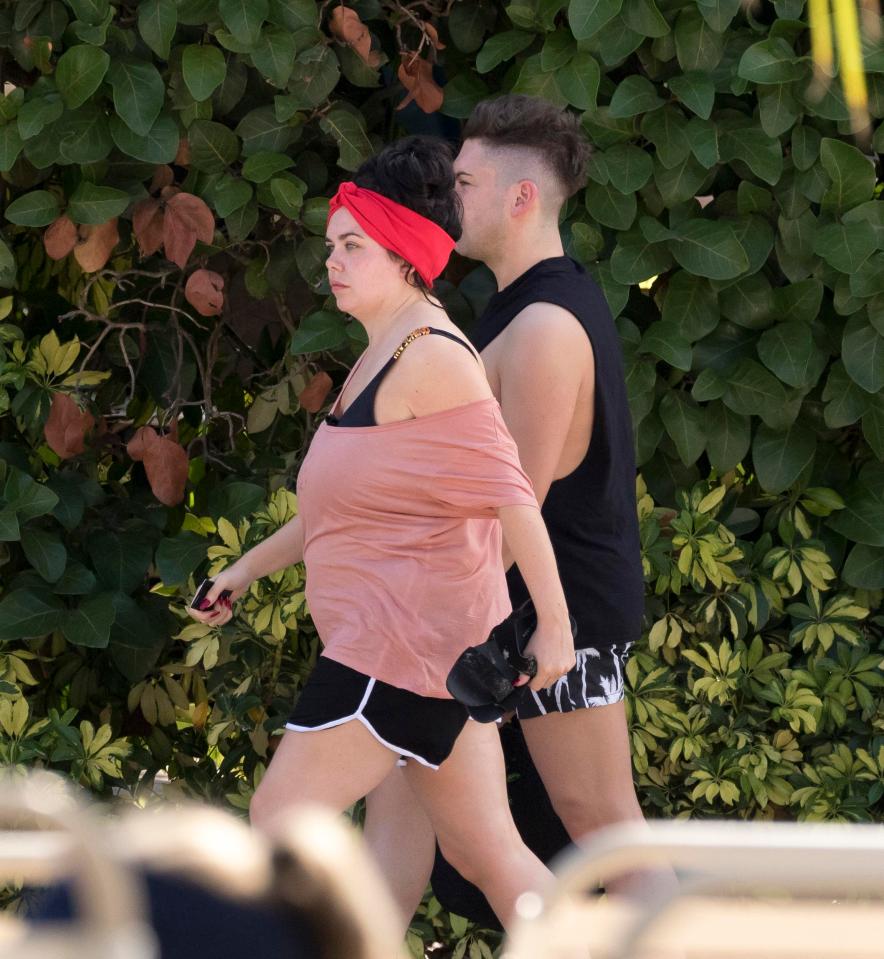 “Scarlett got straight on the phone to a mate and now they’re going together instead.

“She’s surrounded herself with her friends and family and is keeping a brave face on.