When news of the new Scream film was first announced, with the beloved trio of Neve Campbell, Courteney Cox and David Arquette leading the cast, fans were a mix of downright thrilled and cautiously optimistic to have them back together again. Well, thankfully, they have nothing to be scared about – except for whoever is running around under the Ghostface mask, that is.

The first instalment of the slasher franchise came out 25 years ago, with director Wes Craven and screenwriter Kevin Williamson effortlessly turning the genre on its head, introducing us to heroes Sidney Prescott (Neve), Gale Weathers (Courteney) and Deputy Dewey Riley (David) while making some not-so subtle digs at horror tropes that had come before.

This is the first movie that hasn’t involved Craven, following his death in 2015, and filmmakers Matt Bettinelli-Olpin and Tyler Gillett took over the helm seamlessly but also managed to keep his tone and fingerprint across every scene, adding Jack Quaid, Jasmin Savoy Brown, Jenna Ortega, Melissa Barrera, Mason Gooding and Dylan Minnette to proceedings, as well as getting Scream 4’s Marley Shelton – aka Judy Hicks – back for the action.

We return to Woodsboro with one of those infamous phone calls and are introduced to Tara (Jenna), the unlucky recipient of that first buzz. Chaos inevitably ensues when sister Sam (Melissa) and her boyfriend Richie (Jack) get on the scene as the masked serial killer tears through the gang.

Having battled more than their fair share of death in the last four outings, veterans Dewey, Gale and Sidney are initially dubious about putting themselves back in danger but are drawn back to the fray for their own reasons, while passing the baton to the newcomers.

Horror fans are well versed in slashers that go on for so long that even the most die-hard among us give us give up by the 17th sequel, but Scream doesn’t fall victim to that trend, thanks largely to the hard work that directors Bettinelli-Olpin and Gillett, and executive producer Williamson, put into ensuring that Craven’s legacy is not thrown into the bargain bin. 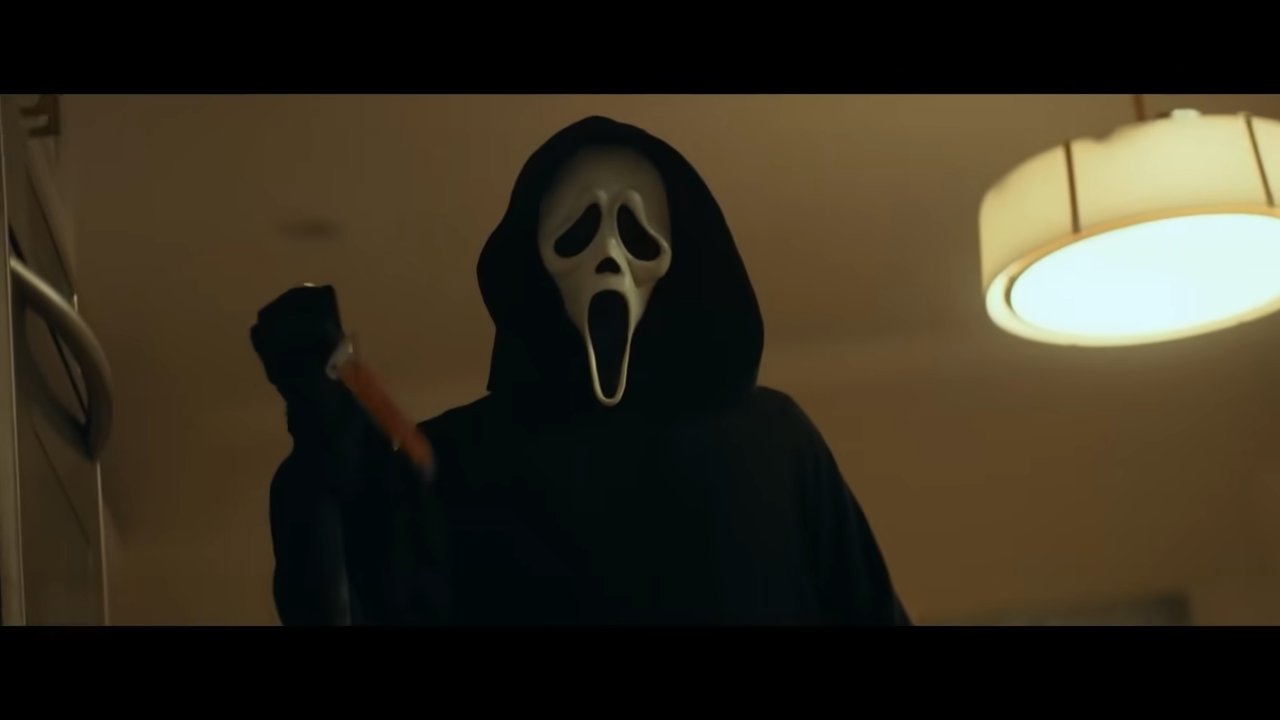 Every aspect has been dialled to 100 – the jumps are jumpier, the humour is somehow more savage, the stakes are larger and the kills are gorier – which will keep those who love the first movies more than satisfied after previous criticisms that Scream 3 wasn’t bloody enough.

With this, Bettinelli-Olpin and Gillett subtly flip the script on aspects of Scream we previously took for granted, and force us to look at characters we’ve grown up watching under a new lens.

It also lends itself well to the current era and a younger audience. There is more technology to modernise the plot – because who actually answers their phone anymore? – but you will probably walk out of the cinema and instantly disable find-my-friends.

There are poignant callbacks to the first flick with every new character in the ‘requel’ – coined by Mindy (Jasmin) – having their own personal connection to someone who travelled the bloody path before them. Sidney, Dewey and Gale steady the ship where necessary, with everyone’s favourite officer on hand to drop the much-needed new rules to survive a real-life scary movie.

Basically, all bets are off and no one is safe.

As much as we enjoyed our latest jaunt to Woodsboro and have a bullet-proof vest ready for whatever comes next, Scream isn’t quite a flawless addition to the franchise. There are some clunky moments of dialogue in key scenes which are misplaced and awkward, taking us out of the action at points.

While most of the throwbacks are effective in adding to the impression that things are coming full-circle, there is also a running flashback to original co-killer Billy Loomis (Skeet Ulrich) which feels unnecessary and reminiscent of the bizarre dreams Sidney had of her mum in the third outing, which didn’t even work at the time.

Flashbacks aside, Scream is a near-perfect return to form and a creative way to relaunch the franchise while not destroying the much-loved legacy that was created in 1996. There are laughs, scares, moments that will have viewers jumping out of their skin and into the cinema seat in front of them, and even some tears.

Ghostface is back on the phone with a vengeance and we’ve never been happier to answer that call.

Scream is released in cinemas on January 14.

Nine Perfect Strangers Finale Recap: Did All the Guests Survive Their Stay?