Ex DOI contestant Kem Cetinay told how the 31-year-old singer fell head first between her partner's legs and shared an unseen clip of the terrifying fall on This Morning today. As they watched the footage, DOI host Holly Willoughby screeched: "Oh I haven't seen this but oh god, oh no.
"We knew it had happened because we looked at her shoulder, and her whole shoulder was all grazed."

And Kem replied: "I was there and I saw it, all the medics ran out.

"I caught up with Hamish afterwards and he was so emotional, he was crying. 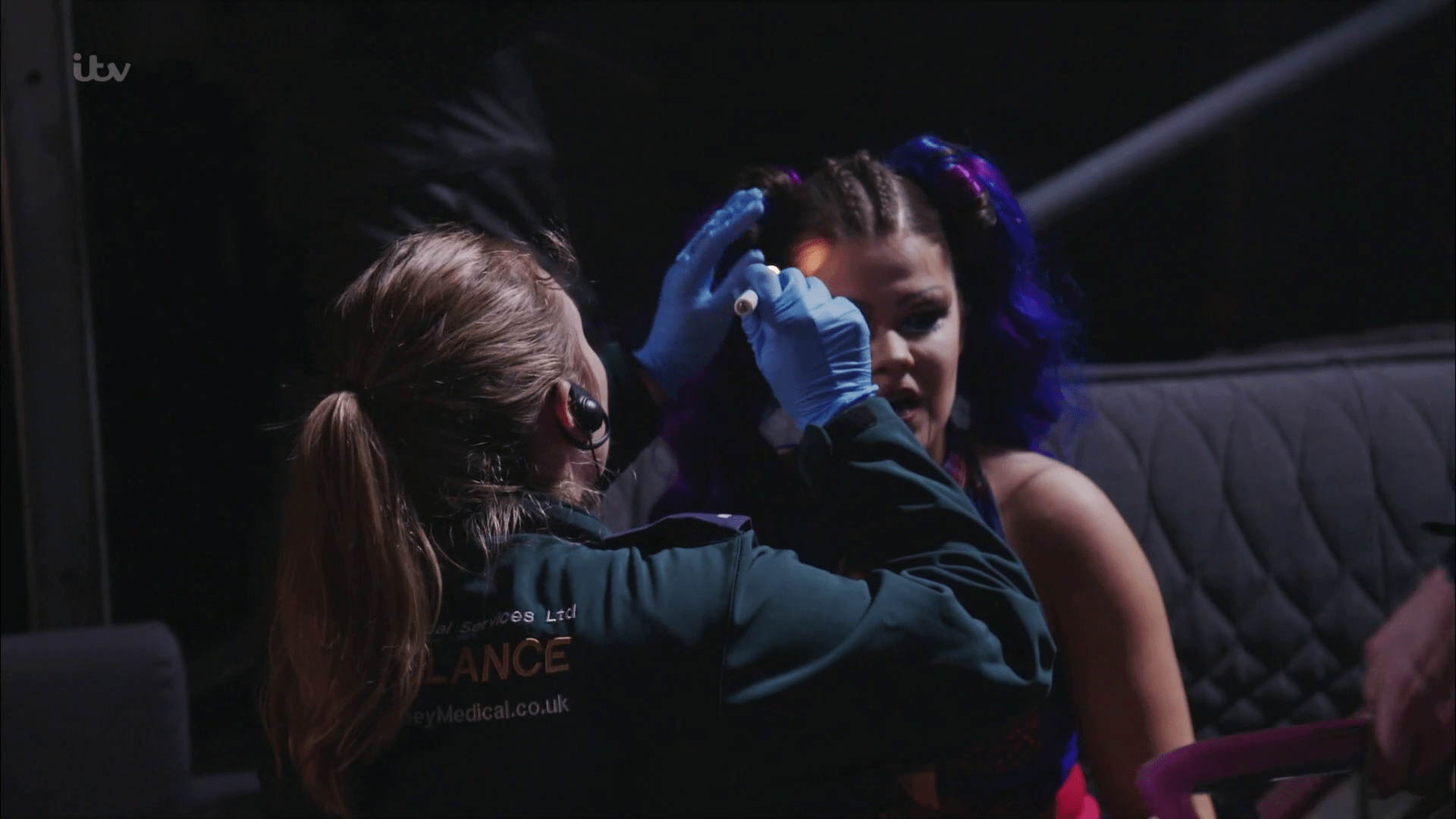 "He said, 'It was just before we  went out, 30 seconds, we were just practising, she slipped, face straight on the ice.'

In the video, Saara faces Hamish and flips into her partner but fail to complete the full spin and smashes her head.

Medical staff rush over to check the star and a member of staff cleans her wound at the sidelines before she goes back on to perform in the live show. Seconds later the pair, dressed as puppets, performed a flawless routine and completed the dangerous move without a hitch.

Despite the thud, Saara and Hamish found themselves top of the leader board and sailed through to the next week.

Saira Khan was sent home and Gemma Collins also survived, but was at the centre of another 'fix' row.

Meanwhile, Saara recently asked her girlfriend Meri to marry her.

There is no word on when their wedding will be yet – though Saara has said it will "hopefully" happen later this year.

They certainly won't need a wedding singer with Saara – who can sing the Frozen soundtrack in 16 different languages – around.

Friends Reunion release date: When will the Friends special air?

Bill Gates has written a book about stopping climate change