Delvey (real name Anna Sorokin) made headlines after she was revealed to be posing as a wealthy German heiress in New York’s high society.

AceShowbiz –
Shonda Rhimes has set her first series for Netflix. Rhimes and her company Shondaland will be developing a series based on the infamous fraud by Anna Delvey as they have acquired the rights to the New York Magazine article, “How Anna Delvey Tricked New York’s Party People” by Jessica Pressler.

Delvey (real name Anna Sorokin) made headlines after she was revealed to be posing as a wealthy German heiress in New York’s high society. She managed to con several rich people and banks and used the money for a luxurious lifestyle with expensive hotel stays, lavish international trips, and $100 tips. 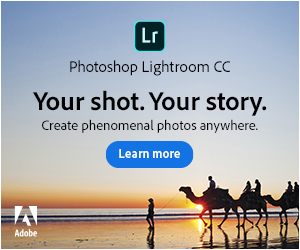 ‘;return dp(a+”Your video will play after this ad.

The 27-year-old was about to raise money for a launching of a “Soho House-ish” art club before being charged with multiple counts of grand larceny and theft of services and is being held without bond at New York’s Rikers Island prison. She has pleaded not guilty.

The new project marks Rhimes’ first work after signing her new multi-year deal with the streaming giant back in August after leaving ABC Studios. “The constraints of network television tell you what kinds of stories you can tell… I’m excited to tell stories in different ways,” Rhimes said in a statement while explaining her exit.

Throughout her 15 years with the Alphabet, Rhimes and Shondaland have created a slew of hit series including “Grey’s Anatomy“, “For the People, “Station 19” and “How to Get Away with Murder“.

Rhimes is not the only mega-producer who has been moving to Netflix. Departing from 20th Century Fox TV after more than a decade, Ryan Murphy closed a blockbuster deal with the streamer in April. Murphy is the mastermind behind such critically-acclaimed shows as “American Horror Story, “American Crime Story” and “Glee“.

Can Tier 3 travel to Tier 2? Moving between different areas explained