Home » TV & Movies » How Solo: A Star Wars Story sets up a sequel

One of the surprising elements of Solo: A Star Wars Story was how open-ended it was.

While it was a complete story in itself, it left space for the continuing adventures of classic and new characters alike (and don’t forget that its star Alden Ehrenreich signed up for potentially three movies). So where could a second Han Solo prequel movie take us?

Fans will have noted the multiple references to a “big-shot gangster [who] is putting together a crew” from his base on Tatooine. What Han’s unreliable mentor in the world of crime, Tobias Beckett (Woody Harrelson), failed to mention was that this gangster is a giant slug monster with a vengeful streak a mile wide and a taste for watching his minions being eaten alive.

Yes, the film ends with Han and Chewbacca heading off to meet with Jabba the Hutt. We don’t know exactly what Han’s association with him involved, but we do know that it ends a decade or so later with our favourite smuggler falling out with his boss after dumping a shipment of spice when the Empire boarded the Millennium Falcon. The rest is original trilogy history.

Further movies could detail Han’s involvement with Jabba and the Falcon crew’s decade in the galactic underworld before they met Leia and Luke.

The last time we see Qi’ra she is meeting with none other than Darth Maul, the secret head of the crime syndicate Crimson Dawn. Yup, Maul survived The Phantom Menace, and he has big plans for Emilia Clarke’s femme fatale once she joins him on his home planet Dathomir.

Clarke has said that she has signed up for more than one film too, and Solo hints repeatedly at the morally ambiguous things that Qi’ra got up to in the three years she lost touch with Han. It would be cruel not to tell us how she came to be the way she is, and how that tied into her decision to abandon Han.

And it would be even crueller to include that Maul cameo and not follow up on it.

Enfys Nest and the young Rebellion

We got the distinct impression that the reveal of Enfys Nest’s identity as ‘some unknown young woman’ was meant to have more significance that it was given in the movie.

She’s begging to be fleshed out more, and even if not, she’s almost certainly a part of the nascent Rebellion against the Empire. The inclusion of Maul shows an increasing willingness to play off the canon events of the animated Star Wars shows, and Nest’s gang opens the way to dovetail with the stories told in Star Wars Rebels.

Han decides not to join (at this point), but he’s known to the new Rebels now, and their paths could cross again…

The continuing adventures of Lando 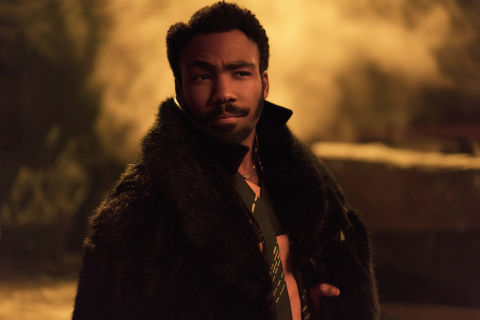 While his narrative was mainly wrapped up when he lost the Falcon to Han, you know you want more of Donald Glover as Lando Calrissian, and Disney isn’t unaware.

After those Cloud City Easter eggs in Solo, perhaps the story of his rise to Baron Administrator is on the cards.

Miley Cyrus’ Comment About Not Performing At The VMAs Is So, So Shady