SOPHIE Ellis-Bextor is to make her soap debut next year as she breaks into acting.

The Murder on the Dancefloor singer will make a guest appearance on Australian soap Neighbours when the show films in London. 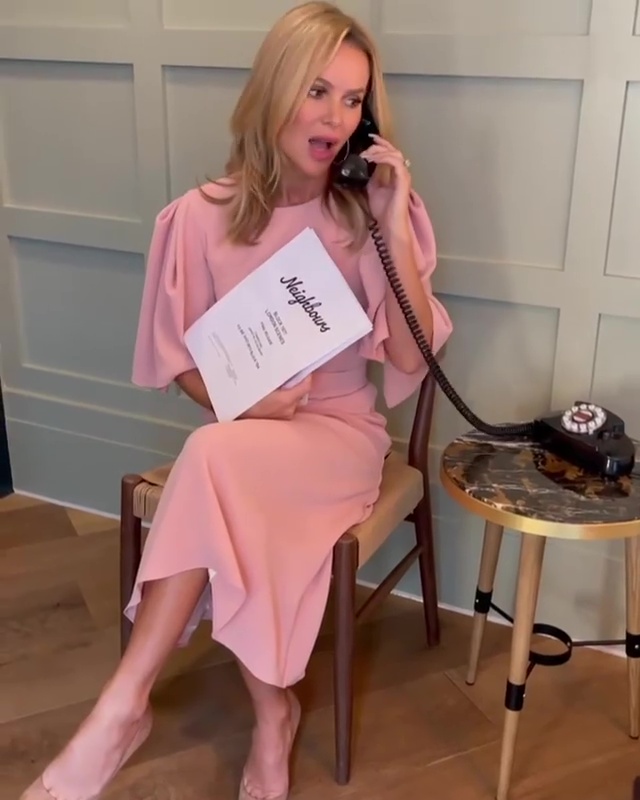 The 42-year-old singer will appear alongside Jemma Donovan's character Harlow when she visits the British capital to be reunited with her aunt, who will be played by Amanda Holden.

Sophie and Jemma filmed their scenes at The Queens Walk along the South Bank of the River Thames, and Neighbours fans will get to see them on screen next Spring.

Sophie said of her role: "Neighbours was a huge part of my school days. We all watched it, loved it, talked about it.

"It's a joy to now be able to say I've been in it! Thanks to everyone from the cast and crew for being so lovely. I loved it!"

Jason Herbison, Neighbours' Executive Producer, said: "We are absolutely thrilled with how filming has gone with the wonderful Amanda Holden and Jemma Donovan, to have Sophie Ellis-Bextor join us is the absolute icing on the cake and we can't wait to share the storyline with our UK audience next year."

On Sunday, Amanda shared the first look of her as Harriet on set of the hit soap and gave fans a glimpse of her posh character on Instagram.

The Britain's Got Talent judge was siting on a cane chair by a vintage telephone on an equally retro phone table with gold legs and a marble effect top.

Amanda picked up the black vintage phone to ask for the 'operator' to dial her into the famous street where the Neighbours all live.

Looking stunning in a blush pink dress, Amanda wore her hair in layered waves and held a Neighbours script close to her chest.

Amanda captioned the post: "Everybody needs good @neighbours 🇦🇺 Back on set tomorrow with the gorgeous @jemma_donovan."

These Cropped Sweatpants Are a Favorite Among Amazon Shoppers