Former Made In Chelsea star Spencer, 30, could be seen standing on Colombier beach with James Matthews and his girlfriend Pippa Middleton, and her mother Carole. 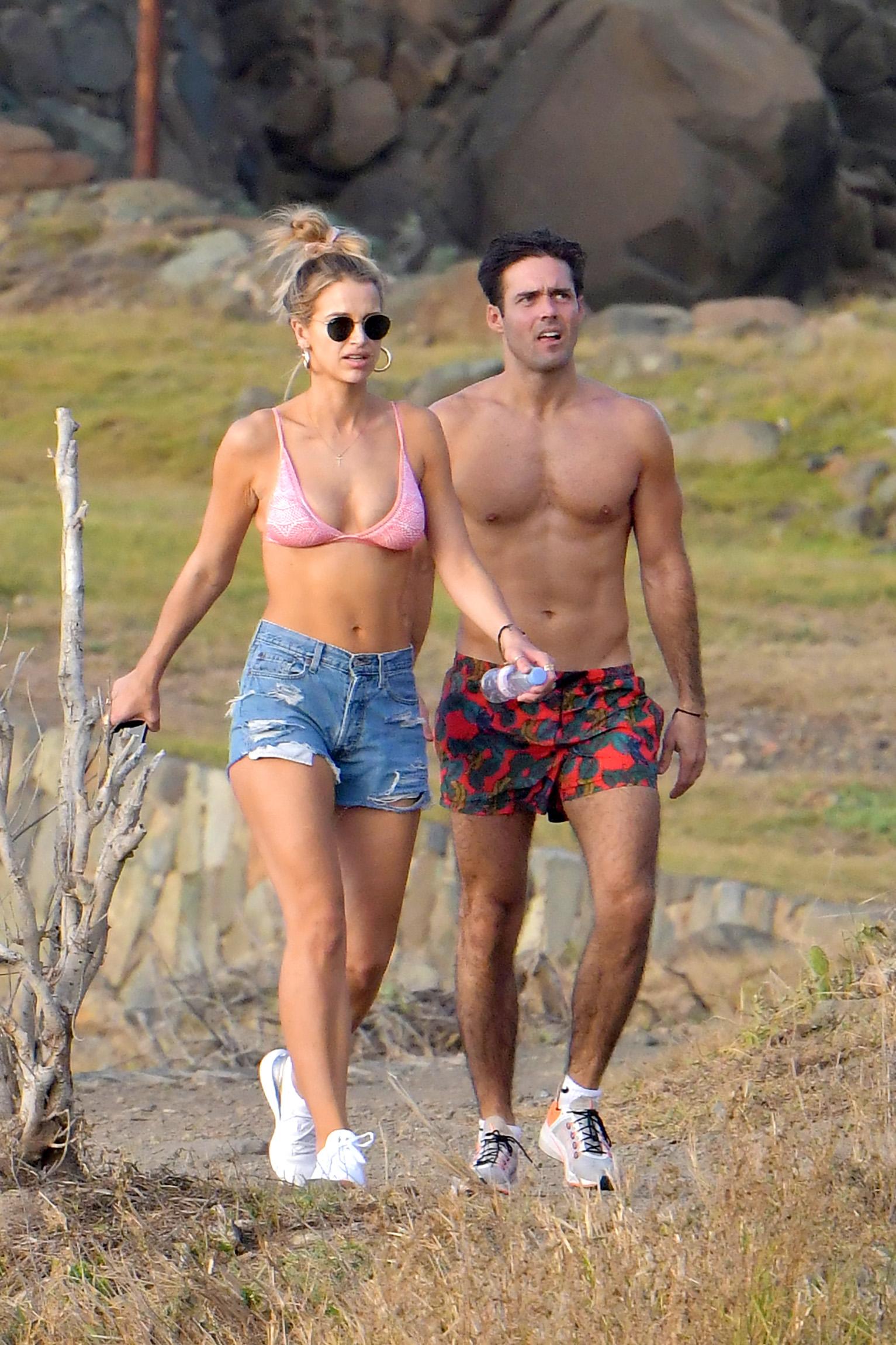 Reality favourite Spencer seemed relaxed as he stood alongside Vogue who wore a pink bikini top and a pair of denim shorts.

Spencer recently revealed he will be trying for a new baby with Vogue this year.

The star and his wife welcomed  their son Theodore in September of this year and already can’t wait to expand their brood. 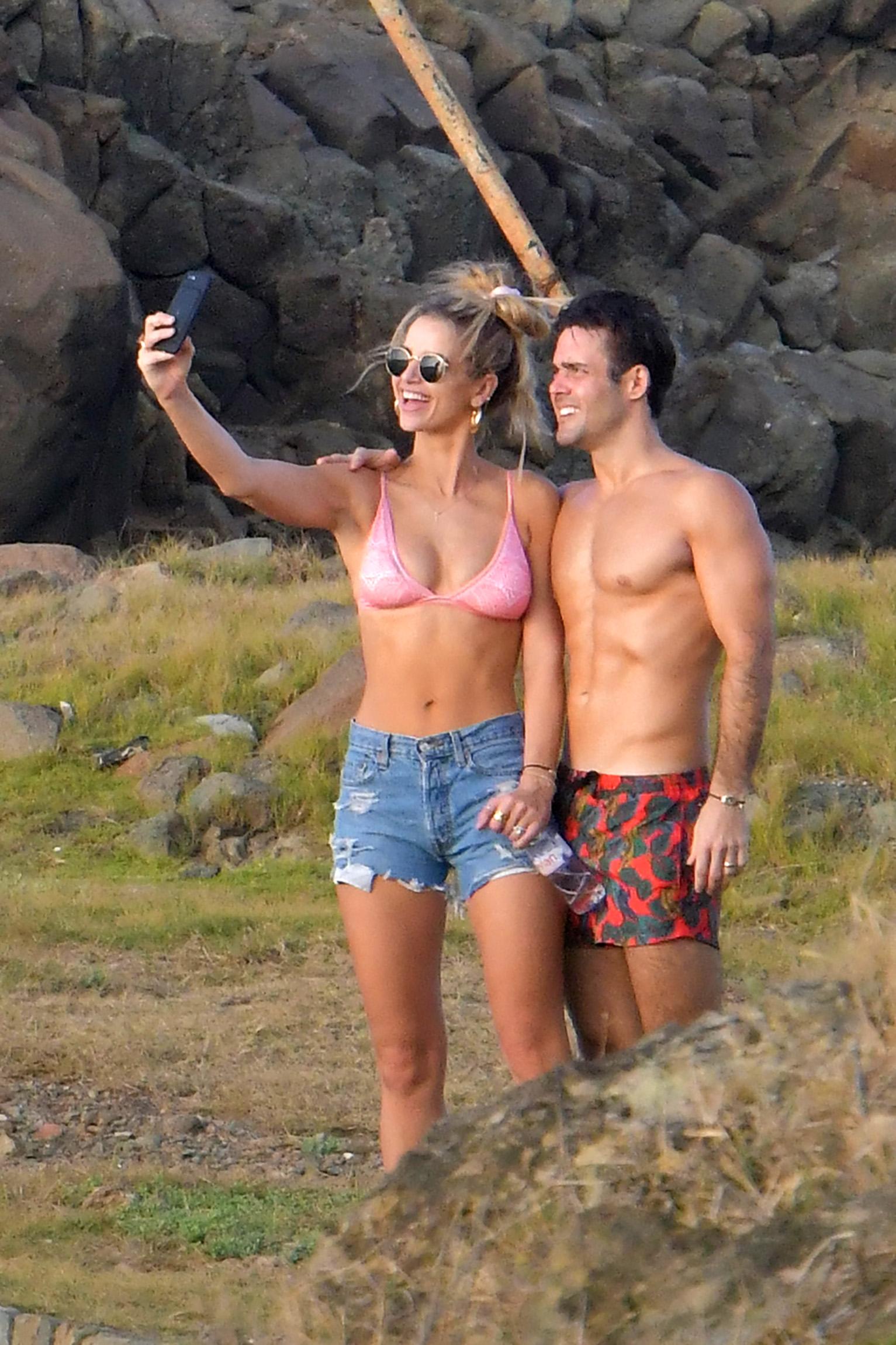 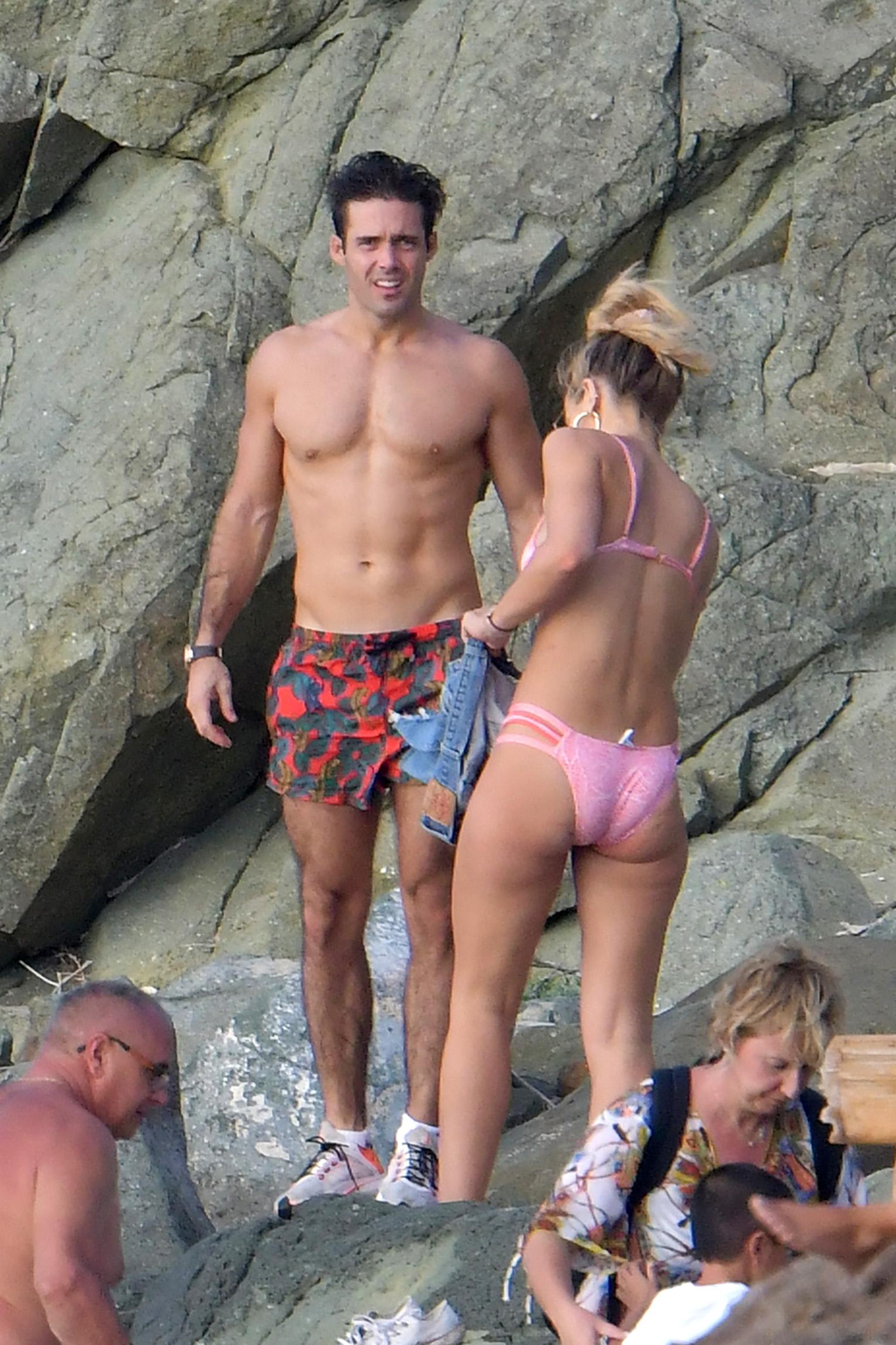 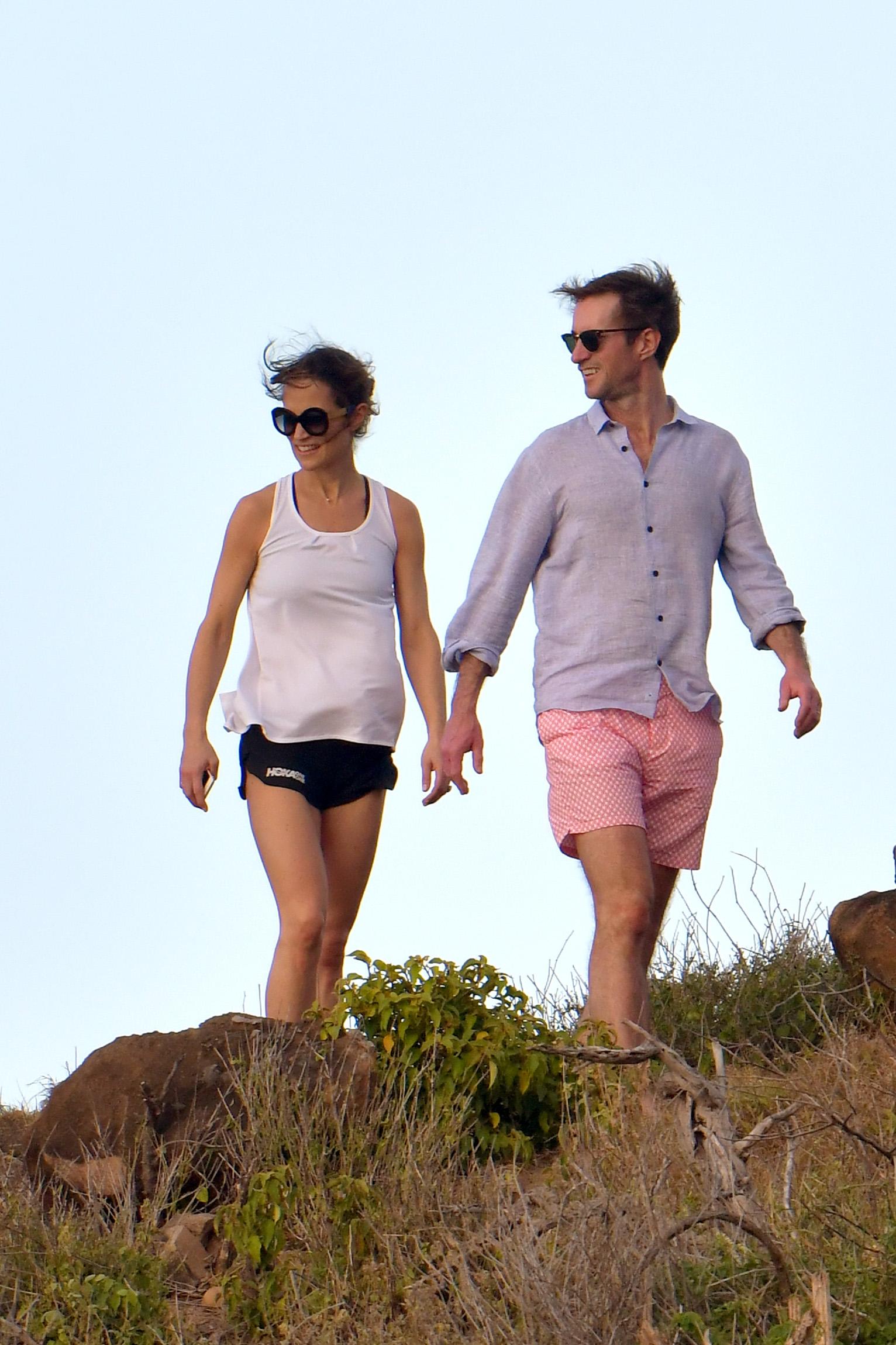 The former MIC star told Closer magazine: “Initially, Vogue and I wanted a few years between babies, but then we had our son, and we love him so much – we can’t picture life without him.

“He’s growing up so quickly, so I think we might try for another baby next year.”

He added: “We really want a large family. Ideally, we’d love about three or four kids.  Theodore is a perfect baby, so if we could have more babies like him, that’d be perfect.” 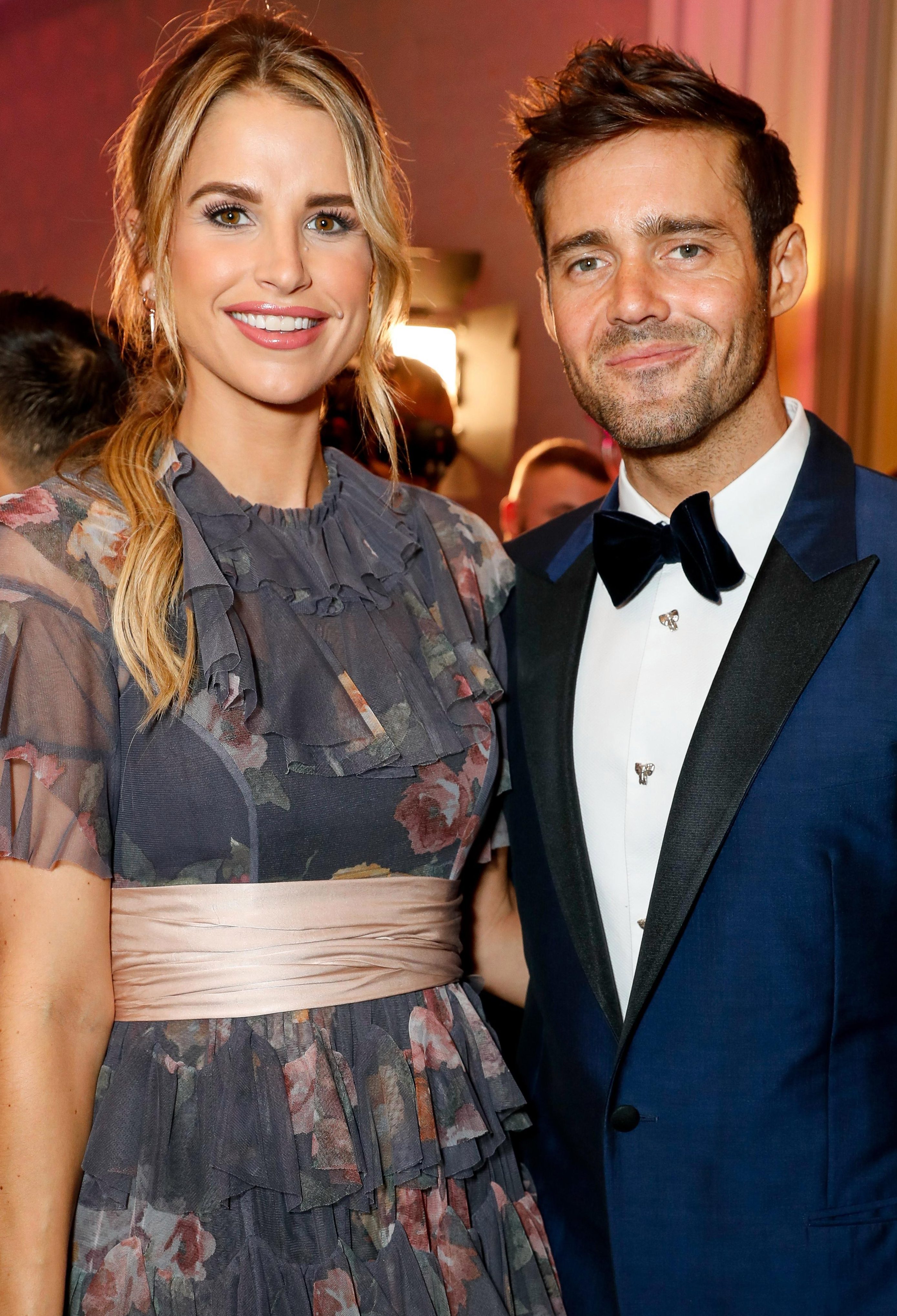 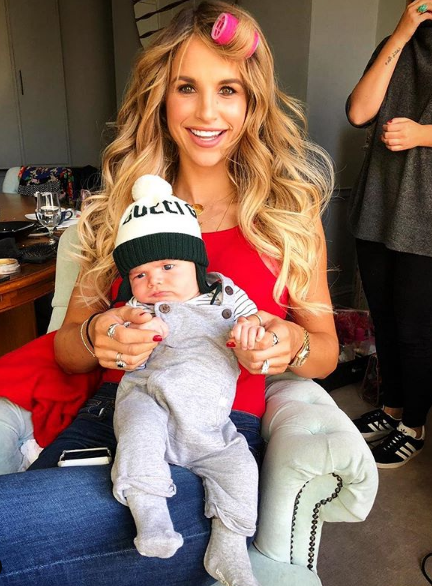 Vogue recently revealed all about herself and Spencer taking on parenthood.

Talking to HELLO!, the DJ gushed: "We are bursting with love. I honestly feel like he has been here forever, he has just slotted into our lives perfectly."

Explaining his name, she added: "We heard the name Theodore one day and both loved it. We thought we would call him Teddy but since he has been born we have stayed with Theodore."

The couple went on to reveal that Theodore's middle names hold particular importance, with the tot called Frederick after Vogue's late father and Michael after Spencer's late brother.