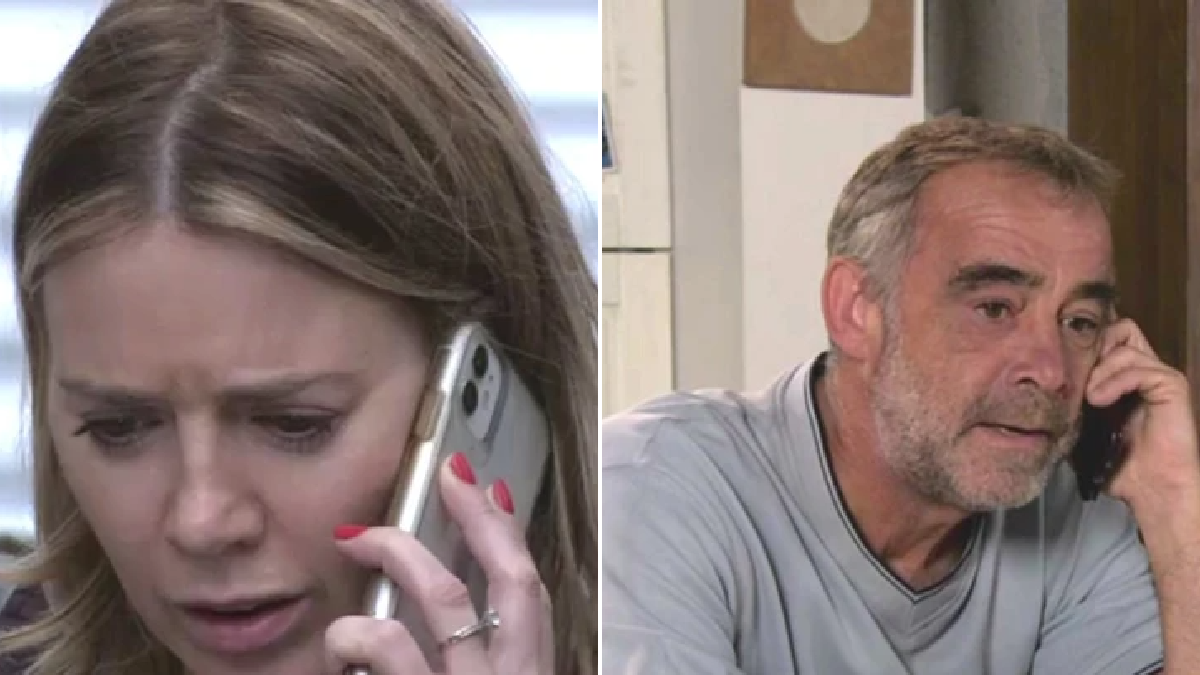 Abi Franklin (Sally Carman) made a very brief return to Coronation Street tonight ahead of the soap’s deadly week in Weatherfield.

The grieving mother has been away for a few weeks following the result of Corey (Maximus Evans) and Kelly’s (Millie Gibson) court trial.

While Abi’s been away, Kevin (Michael Le Vell) has been going out of his mind with worry, convinced Abi had returned to drugs, or something even worse.

On Wednesday, Kevin paid a visit to the Dog & Gun pub and came across Tez (Stephen Lord), Seb’s father.

After meeting Kevin, Tez called Abi, telling her that if their plan doesn’t remain top secret, he wasn’t going to be a part of it.

He called Abi, leaving her a heartfelt voicemail, explaining he had reported her to the police.

As we left Kevin’s, we saw Abi listening to the message.

Abi didn’t say anything, nor did we see where she was so, the big question – where has she been staying for the past few weeks?

Tez has lied to Kev a few times already, has Abi been staying with him?

Judging by the fact we know Abi wants revenge on Corey, she certainly won’t be in a good mindset right now, but how will Kevin react when he eventually comes face to face with her again?

Coronavirus 'spike' IS levelling off – as daily cases drop 12% in a week, ONS admits

NBA to offer content across all Alibaba platforms in expanded deal