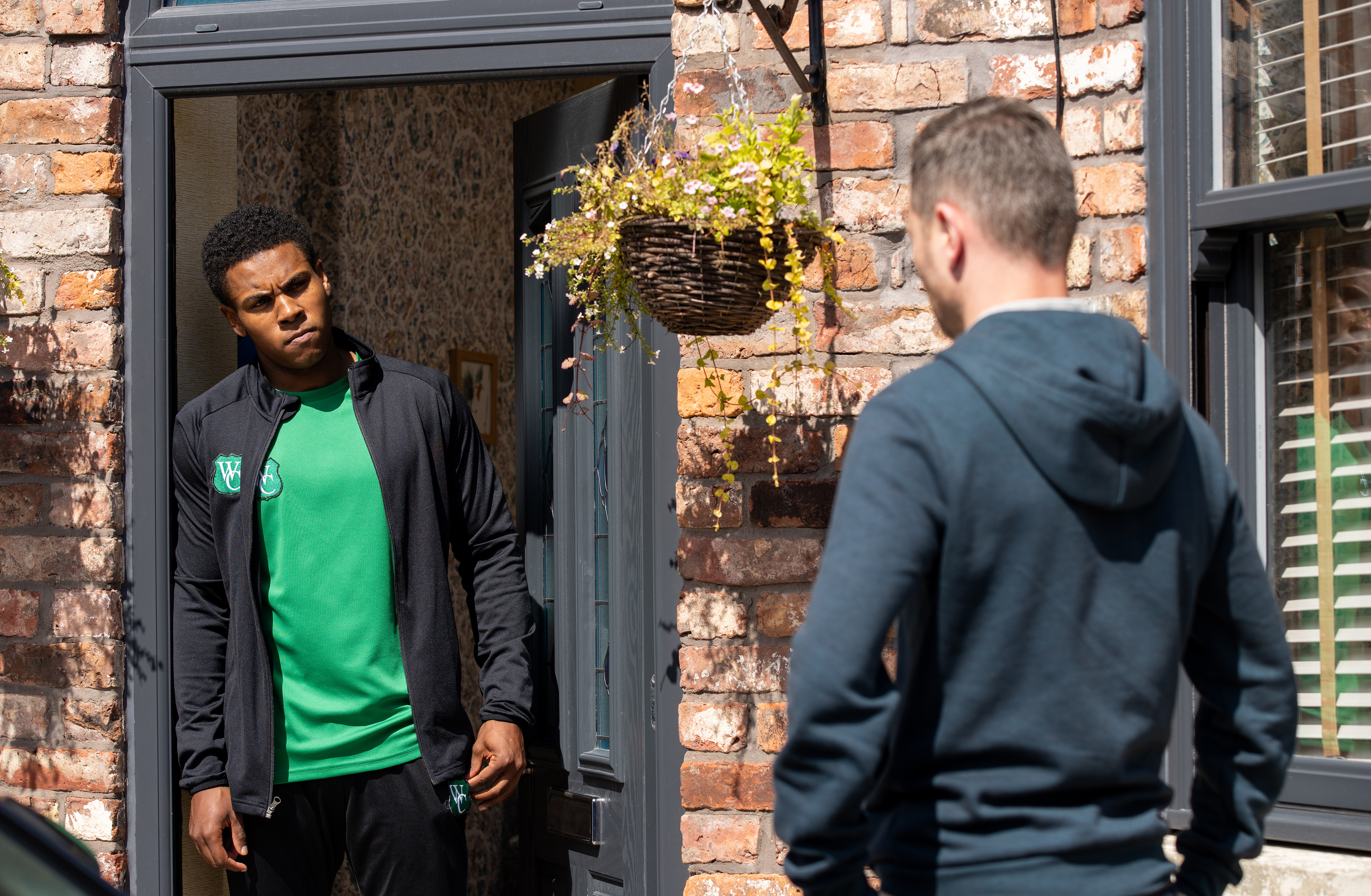 After James (Nathan Graham) and Michael Bailey (Ryan Russell) were racially profiled by PC Brody in Coronation Street, they both grew determined to make a formal complaint and seek change.

Coming up, James receives a letter from the police upholding his complaint and proffering an official apology.

Despite Ed (Trevor Michael Georges) and Aggie’s (Lorna Laidlaw) happiness, James feels flat about the victory and wonders what it actually amounts to.

Later on, PC Brody calls at No.3 to apologise to James in person.

When he still insists he’s not racist, James explains he made a judgement based on appearance and urges him to do better.

Michael is pleased when James tells him the County’s PR team has apologised for their lack of support, which leads to Michael encouraging his brother to use his platform for good.

His brother’s words in his mind, James calls the Weathy County PR team and points out the lack of black managers, suggesting they should train some of their talented black players to become managers and lead the way for other clubs.

His idea is well received and James is thrilled.

It’s good news for James and a reminder that no matter how hard it may seem, change is possible.