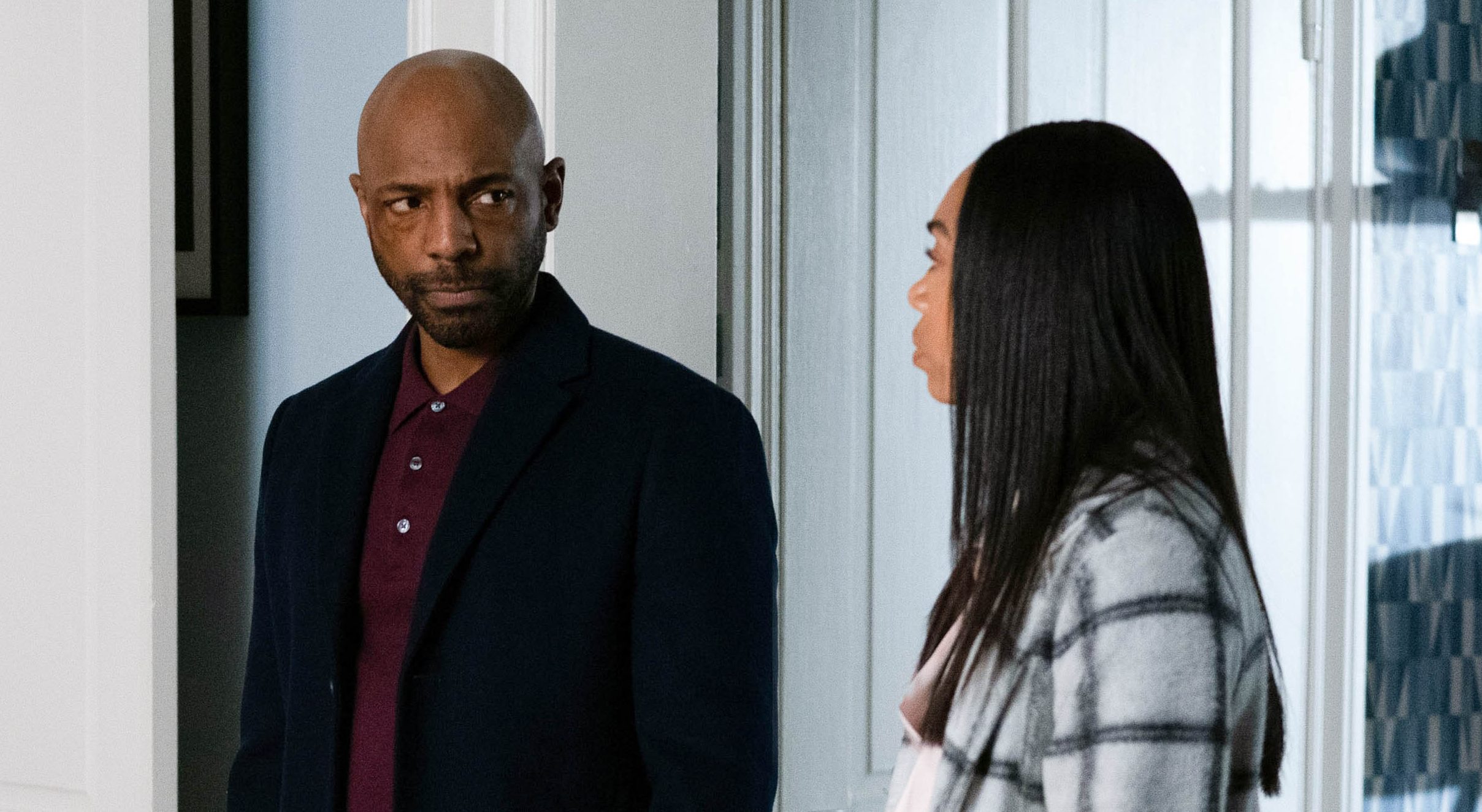 Since Chelsea Fox’s (Zaraah Abrahams) return in EastEnders, Denise (Diane Parish) has watched her daughter treat her dad, Lucas Johnson (Don Gilet), as though he is a changed man.

However, while viewers watched Chelsea seemingly support her father as he re-adjusted to life out of prison, it was recently revealed that Chelsea was behind the brutal attack on her dad a few weeks ago, and had been double crossing him.

With Chelsea ready to put a plan of hers into place, could Lucas end up killing his daughter when he discovers what she’s up to?

Recent episodes saw Chelsea surprised to see Caleb, who questioned her about their plan, warning her of the consequences if things were to go wrong.

Lucas questions Chelsea about their trip, but after persuading Chelsea to visit church with him things take a turn when he’s interrupted by her phone ringing.

When Lucas refuses to leave, Chelsea’s plans begin to crumble…

Could this be the moment Lucas discovers his daughter has been lying to him?

We’ve seen flickers of the evil Lucas a few times since his return, will his daughter’s betrayal be the thing that makes him kill again?

How Much Do You Have to Make to File Taxes? An Expert Explains