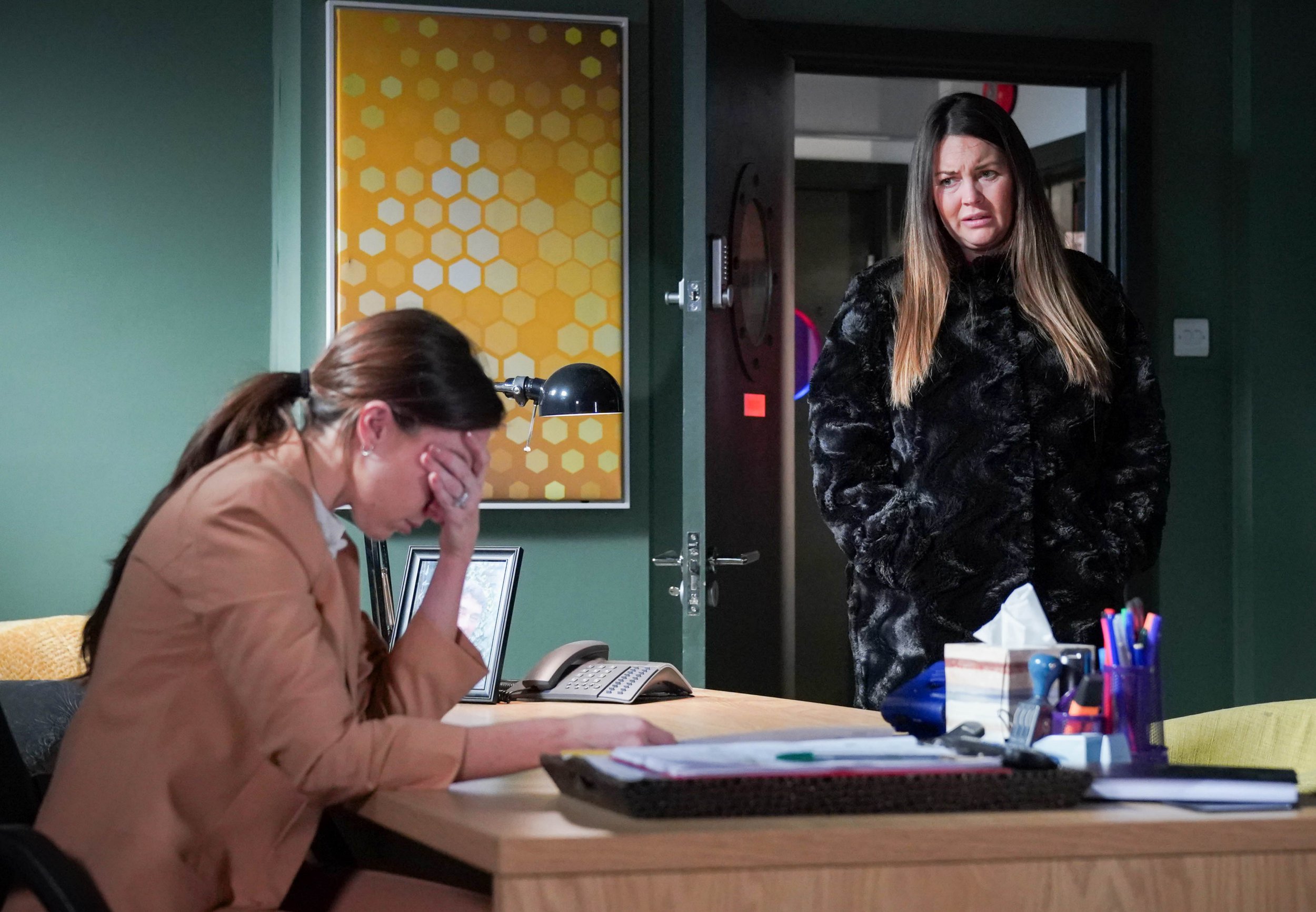 Ruby Allen (Louisa Lytton) is about to hit rock bottom – and the foot of the stairs – after a huge showdown with Stacey Fowler (Lacey Turner) in EastEnders but is Ruby about to take her worst action yet and make a false accusation?

Tonight, viewers realised that a distraught Ruby was losing her baby in a tragic miscarriage – but when Stacey comes to call to confront her about her pregnancy, Ruby doesn’t tell her that she has lost the baby.

The pair initially start out rowing but eventually, they get to talking and head back to the flat where they reminisce about old times and almost rediscover their friendship.

But when things take a nasty turn again, Ruby makes to storm off and slips, tumbling down the stairs.

With Stacey in a panic, not knowing that Ruby has lost her baby, she calls an ambulance and Ruby is rushed to the hospital.

But Ruby may be plotting to spin what has happened to get rid of Stacey for good.

Louisa told Metro.co.uk recently: ‘Basically what happens is Ruby blames Stacey because she believes the stress that Stacey caused, is what caused her miscarriage. And I think there’s a moment where she genuinely believes that Stacey pushed her down the stairs.

How far will Ruby go – and will Stacey believe she is to blame for the loss?

Ron Kim says NY lawmakers are siding with him against Gov. Cuomo